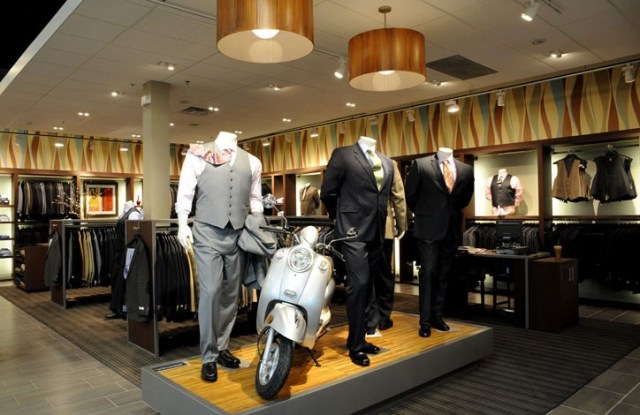 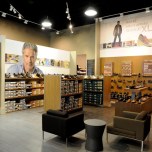 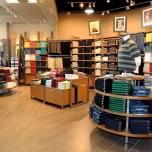 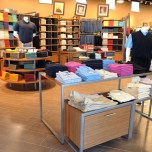 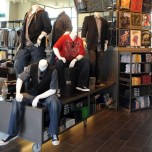 The men’s big and tall retailer tonight will launch a new superstore concept, Destination XL. The 12,000-square-foot, one-level freestanding unit at 4211 Paradise Road here replaces two other stores in the city and brings all of the company’s formats under one roof. These include Casual Male, the more moderate-price flagship division, as well as the upscale Rochester Big & Tall, Shoes XL and the outlet operation.

The Rochester stores, which Casual Male acquired in 2004, has been underperforming for years. David Levin, chief executive officer of Canton, Mass.-based Casual Male Retail Group Inc., said the initial plan for the chain was to roll it out to large cities across the U.S. “But we opened five or six in prime locations and found there just wasn’t enough critical mass of guys at that income level. The average spend at Rochester was $300.” There are now 16 Rochester stores and 454 Casual Male units.

The company abandoned the rollout, closed stores and opened a series of hybrids, bringing Rochester’s branded, higher-end mix into some Casual Male units. That experiment was successful enough to give birth to the superstore concept, which resulted from a six-month consumer research study that found customers wanted a more comprehensive assortment, as well as wider aisles and larger dressing rooms.

“The big and tall customer has never seen anything like this,” Levin said during a walk-through on Monday.

Destination XL is merchandised in a series of lifestyle areas, with contemporary and young men’s front and center. The mix includes higher-end Rochester brands such as Michael Kors, Agave, Tailor Byrd and Robert Graham merchandised with Casual Male’s Synrgy private brand. A customer seeking a long-sleeve woven shirt, for example, may choose between Robert Graham, $248, or Synrgy, $49.50.

There is a comprehensive assortment of graphic T-shirts and a large wall of jeans. “Our normal store would have 15 screen Ts, but Destination XL has 50,” Levin said.

The denim assortment ranges from the private label 626 Blue to Calvin Klein, providing many options on price. The store also offers a large display of pique polos, basic Ts and casual pants under the company’s Harbor Bay label, which Levin called, “Our meat and potatoes. This is where we make our money.”

There’s an athletic sportswear area where Callaway and Reebok coexist, followed by a Polo shop. “Polo is our number-one vendor at Rochester,” Levin said.

The back of the store is dominated by a large tailored clothing and furnishings department. Levin said this category, which accounts for 25 to 30 percent of the mix in this store, will likely be scaled back to around 20 percent of the total. “We need more sportswear,” he said, noting that the first four Destination XL stores are viewed as a test that the company will tweak.

Levin declined to provide a volume projection for the store but said, “We anticipate capturing the entire [volume] we had at the other two stores here and then grow it from there.” He said the “four-wall average profitability” for a Casual Male store is 20 percent, “but here we’re projecting 30 percent with a relatively quick return on capital.”

Over the past month, the company launched Destination XL stores in Schaumburg, Ill., and Memphis; a fourth is to open in Houston around Labor Day. “Then we’ll observe, sit back and plan our rollout strategy,” Levin said.

As Casual Male and Rochester leases come up for renewal over the next four to five years, the company will move toward opening more Destination XL units. Ultimately, Levin said, he believes the U.S. market can sustain 75 to 100 of these stores with the “real ramp-up” coming in 2012 and beyond.

Casual Male offers sizes from XL to 7 XL and waist sizes from 38-64. Levin said the “Holy Grail” for the company would be to attract more of the smaller size range customers. Destination XL stores are designed to appeal more to this shopper.