The designer has opened her brand’s first store in a 600-square-foot space at The Mill.

Designer Catherine Gee has set up her first shop in downtown Santa Barbara’s Haley Corridor, nestled among wineries and a gourmet chocolatier.

It seemed a fitting time, at three years old, to open a store for the advanced contemporary label, Gee said.

“We’ve been in the marketplace for three years now. We’ve been picking up with our wholesalers, opening new accounts and we’re based in Santa Barbara,” Gee said of the reason for opening the shop. “I think retail’s at an interesting point now where consumers want more of a whole experience. They want to touch the clothes. They want to see it. They want to feel it. They want to look at mood boards. The whole sensory experience of what a boutique can offer. With that said, we’re in an interesting neighborhood of Santa Barbara. We get tourists all the time and they find their way here and it’s been really great. It’s good for me to be here and to see clients, meet new people, see what’s working and get the feedback.”

Gee, who won a nod in 2016 in the WWDMAGIC and Galeries Lafayette Emerging Designer Crème de la Crème competition, started the business with the help of a private investor expanding the line to be in more than 70 boutiques in the U.S. and Canada. 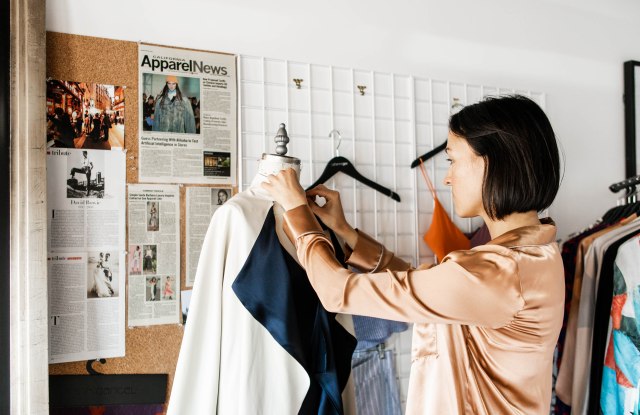 The store, while in downtown, is off the main drag of State Street clustered with other businesses in what’s called The Mill. Within that complex, there’s the Third Window Brewery, Potek Winery and, not far from there, chocolatier Twenty-Four Blackbirds.

“It’s interesting because we have a lot of makers,” Gee said of the area businesses. “If it’s harvest, you see the grapes out there. You can smell the hops because the brewery is right behind us.”

All of that’s part of a larger experience Gee wanted her first store to be a part of.

The 600-square-foot boutique is filled with her line’s separates and silk dresses, retailing from $120 to $535. There are also a few third-party brands mixed into the assortment, including swimwear from SoDeMel and bags by Altaire.

Plans call for more stores in the future if Santa Barbara does well, Gee said, with Los Angeles the next likely step for the brand. The city is where most of the line is produced, in addition to places such as Peru and China. With Gee traveling often to sell the line, she has the chance to scope out other prospective markets where she thinks the brand could do well in attracting that client who loves to travel. 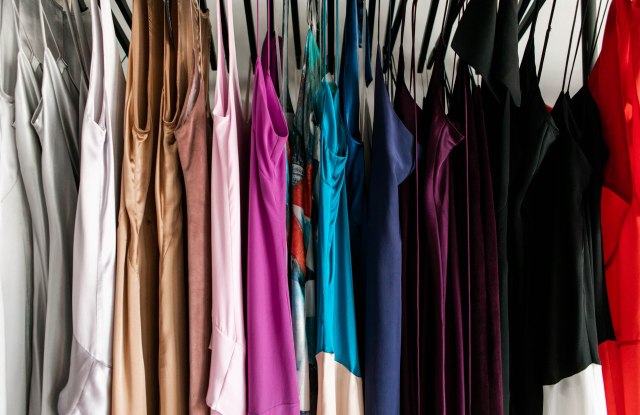 Dresses hang inside Catherine Gee’s first store, located on Haley Street in Santa Barbara.  The store, while in downtown, is off the main drag of state Street clustered with other businesses in what’s called The Mill. Within that complex, there’s the Third Window Brewery, Potek Winery and, not far from there, chocolatier Twenty-Four Blackbirds.

“She’s a career professional who is very strong, confident and bold,” Gee said of her core shopper base. “Confident is the key word. The line’s very fluid and uses a lot of saturated, bold colors that I think is part of the attraction of the line. They’re very clean lines and classic silhouettes with enough detail for her to feel empowered.”

With the Santa Barbara store now open, Gee said she continues to focus on product development and building out the collections, while continuing to grow at wholesale. The business, she said, is now considering showing in Paris.

Later this month the company will hold a presentation of its fall 2019 collection in Hollywood.