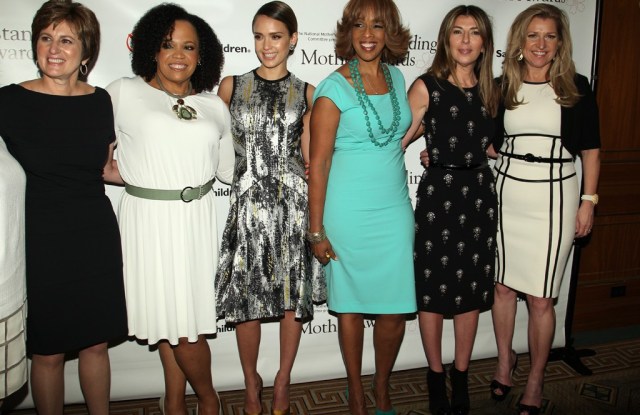 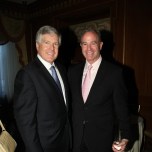 Jessica Alba, Gayle King, Nina Garcia, Lisa Price and Karen Hoguet were this year’s honorees, each telling poignant stories about what it means to them to be a mother and the challenges of balancing a demanding career and motherhood. Mindy Grossman, chief executive officer of HSN Inc., was mistress of ceremonies at the luncheon, which raised funds for Save the Children.

Alba, an actress and activist, said her daughter inspired her to create the Honest Co., which is an eco-friendly firm that markets high-performance nontoxic household and baby care products exclusively on the Web. “Being a mother is the only important thing in my life. I’ve finally come into my own, and I finally understand what being sexy is and owning my womanhood,” said Alba, the mother of two young daughters.

Garcia, fashion director of Marie Claire and “Project Runway” judge, recalled as a young girl that she never wanted to be a mother or get married, and only wanted to pursue a career. “What I didn’t realize was that I could have both a dream job and a dream family,” said Garcia. She said her son, Lucas, has tested her strength of character in ways that she’s never encountered in the professional world.

Hoguet, chief financial officer of Macy’s Inc., said balancing one’s family and work life is encouraged at Macy’s. So often she hears comments that motherhood and a career are in conflict, but she disagrees. “I’m a far better executive because of my experiences as a mother,” said Houguet, the mother of two daughters.

King, who is cohost of “CBS This Morning,” and editor at large of O, The Oprah Magazine, said she wanted to be a mom since she was in seventh grade. Now her children are 25 and 26. At one point she thought she’d stop working to be home more when they were teens, but she found that she loved working. “When you’re happy at your job, it makes you a better mother and vice versa,” said King.

Price, founder of Carol’s Daughter, recalled one morning when she was rushing to get her young son out the door for school. Someone else was taking him, and she was still in her pajamas and hadn’t showered or done her hair. Her son asked her if she was coming to school that day, and she said no. But he said, “It’s Read With Parents Day.”

Of course, she had forgotten, and she ran in the bedroom, threw on sweatpants, a sweatshirt and Crocs and went to school. “He was beaming,” and she was glad no one saw what a mess she was. Several months later, her son presented her with a Mother’s Day gift he made at school. It was a picture of her from that morning, in a hand-made frame. “That’s the pleasure, pain, joy and embarrassment all at the same time.”