How can the little guy compete against Madonna? 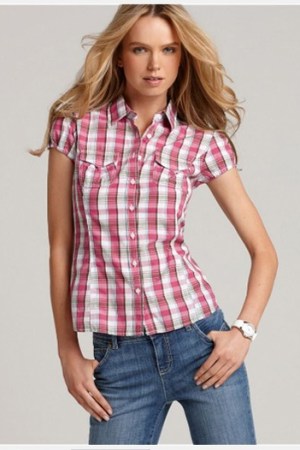 How can the little guy compete against Madonna?

As retailers seek to add more celebrity and proprietary brands, there’s no end in sight to exclusive pairings.

And it’s getting a lot tougher for other labels to compete. Brand exclusives and private label are increasing their share of big-store real estate, commandeering dedicated advertising and promotional support, not to mention buying dollars.

Mary Gleason, president and chief executive officer of Schottenstein Luxury Group, whose brands include Judith Leiber, called the movement to proprietary brands “a game changer.” She noted that if a store has two brands that are similar, and one is an exclusive, “that’s even more reason to leave one out.” Stores such as Macy’s, Penney’s and Kohl’s “are big enough to make the commitments to those brands worthwhile. To get a Sean John or Tommy Hilfiger at Macy’s, or a Liz Claiborne at Penney’s, they’re not going to Dillard’s to make those deals. Those are huge commitments,” she said. “It raises the bar on what you can bring to a retailer. Five, 10 years ago, you could go to Penney’s and Kohl’s with a B-level brand. You can’t go with a B-level brand anymore.”

She contended that “A” brands don’t have to worry about being squeezed out. “Where the challenge lies is with the ‘B’ and ‘C’ brands. Brands which have made-up names and are not marketed, or don’t connect with the consumer,” will have problems. “Why should a retailer build a no-name brand for a manufacturer when the store can build up its own brand?”

“It’s made the open-to-buy [for non-exclusive brands] that much smaller from the retailers’ point of view,” said Andrew Jassin, managing director of Jassin Consulting. “With department stores narrowing the number of vendors they carry, those without an exclusive will have a much harder time competing. The stores have been reasonably selective. Certain exclusive brands will get all the promotional and advertising dollars behind it and, without that, it doesn’t create any buzz.”

As retailers adjust to a new frugality among consumers, who are increasingly seeking out price, brand and convenience, and as store competition intensifies, top management has put a lot more emphasis on their private label merchandise. According to a study by the Boston Consulting Group titled “A New World Order of Consumption,” an increasing number of consumers bought private label and value brands during the economic downturn and intend to stick with them into the recovery.

When asked this spring whether J.C. Penney’s exclusives were resonating with the consumer, Myron E. “Mike” Ullman 3rd, chairman and ceo, said, “Absolutely. Private brands are growing at a faster rate than national brands.” His largest exclusive deal, Ralph Lauren’s American Living, is on track to become a billion-dollar brand for Penney’s over the next few years. Penney’s has bolstered its exclusive lineup with brands such as Olsenboye, Allen B., I [Heart] Ronson, American Living, Liz & Co., Bisou Bisou, Nicole by Nicole Miller and One Kiss jewelry by Cindy Crawford. Next up, Penney’s is adding two big names to its roster of exclusives: Liz Claiborne and MNG by Mango. Liz Claiborne’s full lifestyle collections under the Liz Claiborne and Claiborne brand names will be rolled out to all 1,107 Penney’s stores and jcp.com, and MNG by Mango will launch in 77 stores and on jcp.com, with plans to expand to about 600 doors by fall 2011.

Madonna recently revealed what the designs will look like for her Material Girl collection for Macy’s, which hit 200 doors Aug. 3, propelling a rush in sales. Madonna’s junior collection is only the latest name that Macy’s has signed, joining such brands as Tommy Hilfiger, Ellen Tracy, Rachel Rachel Roy, Kouture by Kimora and Sean John in the exclusive circle.

Equally bullish about exclusives and private label as his competition at Penney’s, Terry Lundgren, chairman, president and ceo of Macy’s Inc., told shareholders in May, “Last year, more than 40 percent of Macy’s sales came from private brands, as well as those that are exclusive and in limited distribution. This percentage will be growing in the years ahead,” particularly with Madonna’s Material Girl, Sean John and other exclusives.

“Five years ago, critics all spoke about the sameness of department stores,” he said. “That’s no longer the case for Macy’s.” In September 2008, Lundgren said he hoped that half of Macy’s merchandise would eventually be exclusive or near exclusive.

And Kohl’s Corp. has made exclusives a more significant part of its merchandise assortment, accounting for 47 percent of sales in the first quarter of 2010, up significantly from 2009, said Don Brennan, senior executive vice president at Kohl’s Department Stores, without providing details. Among the exclusive brands are: Simply Vera Vera Wang, Dana Buchman, LC Lauren Conrad, Elle, Food Network and Aldo.

Kevin Mansell, Kohl’s chairman, president and ceo, reported in May that the retailer’s women’s businesses turned in the top overall performance for the first quarter, with gains of 20 percent or more in the Dana Buchman, Elle, Fila Sport and Simply Vera Vera Wang brands.

While it may not have the lion’s share of all store merchandise, private label apparel has certainly become a major part of the equation.

“Exclusives can be a winning strategy,” said Paul Charron, senior adviser for Warburg Pincus and former ceo of Liz Claiborne Inc. But Charron has words of caution: “Brands that are exclusive have to mean something important to an attractive segment of the consumer population. The product behind that brand name, presentation and price have to be consistent with that brand image. Many of the ‘exclusive’ brands in stores today don’t really mean much to consumers. Exclusivity of a brand with a very fuzzy image is not going to achieve its objectives. Not every exclusive brand is a well-managed brand.”

Even when a major retailer scores an “exclusive,” the term seems to be used loosely. For example, Tommy Hilfiger continues to produce a more expensive Tommy Hilfiger sportswear collection for his own stores and European distribution, and recently said he would launch a new women’s and men’s collection called Tommy for the Canadian market, including existing Tommy Hilfiger stores and new Tommy stores. Tommy could potentially be expanded to other international markets. The target audience will be 25-year-olds, and the shops are designed to go head-to-head with retailers such as American Apparel, Gap, Abercrombie & Fitch and American Eagle Outfitters.

Although celebrity lines continue to generate plenty of buzz, some fashion executives remain skeptical about their longevity.

Bud Konheim, ceo of Nicole Miller, said an exclusive tie-in, such as Madonna-Macy’s, isn’t a panacea for business. “If celebrities are going to save the world, they would have done it a long time ago,” he said. “Madonna is a 50-plus woman targeting a 13-year-old customer. Somehow they think that’s going to work.”

Konheim is pleased with the way his Nicole by Nicole Miller line has performed at Penney’s, and said his company “puts a ton of work into it.” Konheim believes that Ullman has “moved the needle” at Penney’s and has gotten more people to shop there. “He understands the merchandise and gets how people respond. All of a sudden, he’s started to ratchet it up. He’s built a specific credibility.”

There’s no question private and proprietary brands help differentiate one store from the next and allow retailers higher profit margins and more control over pricing and markdowns. However, market experts said stores shouldn’t overdose on private brands to the detriment of national brands.

“There’s no one shoe that fits all. They’ve got to look at their customer,” said Arnold Aronson, managing director of retail strategies at Kurt Salmon Associates. Aronson said the advantage of private brands in a multibrand strategy is “there’s an immunity of being stuck with a non-hot brand. You can play your cards.”

Aronson stressed it’s important to have the right blend of national and designer brands with private brands. Often the commodity aspects of private label make them less “risky.”

As for how non-exclusive brands compete in today’s challenging environment, Aronson said, “Competition makes everybody run harder. If there’s going to be more allocation and open-to-buy for exclusives and private label, those brands who share the rest of the floor have to be superperformers. For the ones they end up buying, in a selective system, the cream comes to the top.”

Fashion brands acknowledge there’s a shift in stores allocating more resources to private and proprietary brands, and their fashion lines have to be that much sharper.

Aside from differentiating their assortment, Gleason of Schottenstein Luxury said proprietary brands have become important because of competitive pricing.

“As stores compete for the consumer right now, they’re putting brands on sale and others have to follow suit,” she said. “They don’t want to have to deal with ‘one-day sales’ and all the coupons.” She said they’d rather have 25 percent of their merchandise be competitive and have 75 percent that’s exclusive, so they can control the pace and extent of the markdowns.

However, when it comes to brands competing with private label, it’s a different story. Most stores sell basic private label merchandise. “Retailers can’t afford to take risks on merchandise that’s too fashion-forward,” Gleason said, adding that retailers will come to a fashion company like Adrienne Vittadini and others for more novelty pieces “so they don’t have to have that exposure” through their private label. “We give them the spice they need to round out their assortments.”

Warren Donner, president and owner of WD-NY, agreed. “I think we have to be more on our game. As far as fashion is concerned, we’re a lot faster because department stores play it much safer with their private label lines. Going up against the big guys, such as INC and Style & Co., it’s tough, but that’s why you have to be different. The stores don’t really need anybody, but they don’t go after the fashion end of the business, because it’s riskier.”

Victor Rousso, ceo of Rousso Apparel Group, which makes casual activewear under the Oleg Cassini and Three Hearts labels, recalled a few seasons back when his private label brand for Penney’s was negatively impacted when Ralph Lauren did the American Living deal, and Penney’s began to allocate a lot of its money and real estate to American Living merchandise. Now, he said, “We tend to be more impacted by stores’ private label programs, such as Macy’s Style & Co. brand,” said Rousso. Although his departments at major retailers are relatively small, he said stores’ growing private label programs have “definitely become a trend we’re very concerned about. We keep trying to come up with products that are unique and can complement those [private] brands in the store.”

Some firms have been able to successfully compete by keeping their hands in both the branded and private label worlds. Monica Belag Forman, president of Magaschoni, said, “Everything has become such a price war. It has to be about the right product. At Magaschoni, we have to stay focused on our consumers and their needs.” She said she looks to her private label business, which she does for major stores, “to help them with their needs as well.”

Alex Garfield, founder of Peace of Cloth, has found a solution for dealing with department stores’ exclusives and private label merchandise. “We only sell specialty stores,” said Garfield, whose customers consist of 500 specialty stores throughout the country and Neiman Marcus Direct.