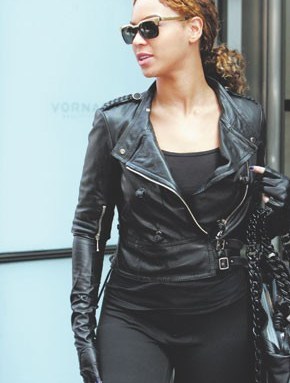 Children-before-marriage may be the most prevalent matrimonial-related trend in Hollywood, but retailers are counting on an expected spate of celebrity weddings to help boost business.

Following in the footsteps of Katie Holmes, new mother Nicole Richie is expected to marry later this year. Mother-to-be Jessica Alba is reportedly holding off on a wedding until her first child is born this summer. Rumors have also been swirling that Ashlee Simpson is on board with a similar plan. With twins on the way, Angelina Jolie would also qualify should she follow through with the summer wedding she is allegedly planning with Brad Pitt.

Yolanda Cellucci, owner of Yolanda’s in Waltham, Mass., said, “They are all either pregnant or have had the child before they get married. There are so many pregnant brides, I think that is from the celebrity issue.”

Even People magazine took note, devoting its issue that came out on Monday to celebrity weddings and splashing Beyoncé Knowles’ marriage to Jay-Z on the cover. And First Daughter Jenna Bush’s upcoming wedding has garnered headlines in The Washington Post, The Philadelphia Inquirer and other newspapers that are not exactly known for their fashion coverage.

Much has been written about Bush’s May 10 wedding to Henry Hager in Crawford, Tex., even though the White House has yet to release any sketches of her Oscar de la Renta wedding dress. The bride-to-be’s gown is said to be in structured organza with embroidery and a bit of matte beading. Her attendants’ Lela Rose knee-length dresses derive from a novel idea: Instead of going the traditional route with one color choice for the 14 female members of her “house party,” a Southern term for bridesmaids, Bush asked Rose to whip up seven different dresses in seven different colors inspired by the hues of Texas wildflowers.

But the pre-wedding buzz has yet to impact business at Carine’s Bridal Atelier in Washington, according to owner Carine Balabi. “Maybe if she were getting married at the National Cathedral, things would be different. Celebrities are the ones that have a big effect on our business. Customers notice what they wear on the red carpet and what they wear to get married in. It should be interesting to see what happens after Nicole [Richie], Jessica [Alba] and Ashlee [Simpson] get married.”

Beyoncé turned to her mother Tina Knowles to design the dress she wore at her low-key wedding earlier this month. The decision was a natural one given the two are involved in their fashion line, House of Deréon.

Simpson’s rocker fiancé, Pete Wentz, launched the Clandestine label four years ago, but he has no plans to lend a helping hand with her wedding dress. In a TV interview, he said, “I don’t think she would want that — thank God. Anyone who would want a wedding dress designed by me, I would not want to marry them.”

Whatever Simpson plans to wear, shoppers at Yolanda’s are sure to want to copy it. Cellucci said, “They want the exact styles. They actually come in with pictures and the designer’s name. They even wanted the trumpet dress Donald Trump’s wife wore even though they had read that it was so tight she couldn’t dance in the dress.”

Recently, a shopper who was getting married for the second time got the idea for a Louis Féraud wedding pantsuit after seeing a photo of Christina Aguilera performing in a sequined vest, Cellucci said. “These celebrities influence everything — cocktail dresses, evening dresses and big wedding dresses,” she said. “What the customer doesn’t realize is that these dresses [worn by celebrities] cost thousands of dollars, were made specifically for them and there was probably Vaseline on the lens. We can’t get exactly the same dress, but we try to get as close as we can to the silhouette they want.”

Cellucci said she still gets requests for dresses similar to the Narciso Rodriguez one Carolyn Bessette Kennedy wore. “I couldn’t stop that dress even four years after she had died. But when you put it on a girl who has all kinds of ripples, it doesn’t look so good.”

Cellucci said she often tries to dissuade customers from buying their favorite celebrity style if it is not flattering, but often they are determined to. “The average girl doesn’t have the body of a celebrity. She’s a 14, 16 or 18. I have to fight with manufacturers to get those sample sizes,” she said, adding the bridal label Jasmine has created samples with adjustable zippers for varying sizes.

Sometimes Cellucci’s sales staff question how she could sell such a risqué dress to a bride. She said, “I tell them, ‘If I don’t sell it to her, someone else is going to sell it.'”