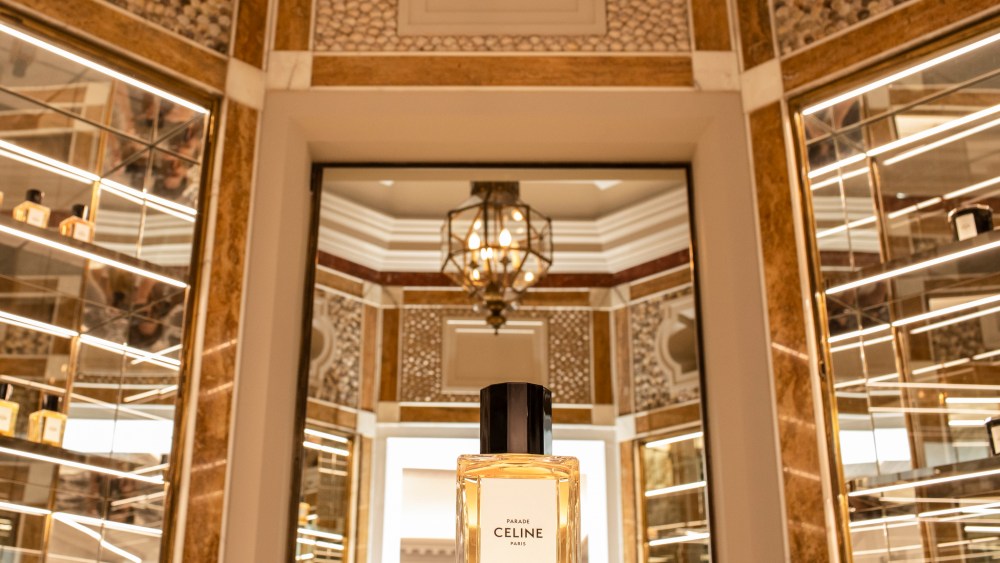 LONDON — The latest iteration of New Bond Street is taking shape with the opening this week of Celine, the latest in a series of European luxury brands to plant its flag on the pricey thoroughfare.

Celine’s store, which follows the openings of Brunello Cucinelli, Canali and Versace, is a hybrid space, showcasing contemporary art as well as fashion, and captures the mood of the neighborhood, which is filled with luxury stores, galleries and glossy jewelers.

The 40 New Bond Street store is also the latest unit to showcase Celine’s latest interior concept, which made its debut in 2019 on Madison Avenue and has been rolling out worldwide.

The London store is packed with imposing, and thought-provoking, contemporary sculptures, and in a quirky contrast, houses a 17th-century Flemish portrait in one of the dressing rooms downstairs. The painting shows the image of a young aristocrat, in full armor, with a head full of long, lush curls.

All of the works were handpicked by Hedi Slimane, the brand’s creative, artistic and image director, who wanted each work to spark a dialogue with its surroundings.

Slimane’s preference for minimalist works, and for brutalist art, has guided his choices for the London store, and the artists couldn’t be happier.

Leilah Babirye’s work, “Najunga From the Kuchu Ngaali (Crested Crane) Clan,” was commissioned by Celine for the store and stands strong and imposing in front of a big concertina mirror on the ground floor.

The artist, who was born in Uganda and who lives and works in Brooklyn, said she was “excited to have my queen standing tall and proud in the new London flagship.”

By contrast, Nika Neelova’s works float like a child’s cloud sketches over a long glass case on the ground floor. The twin works, Lemniscate XI and Lemniscate XIV, were also commissioned by Celine, and the Russian-born, London-based artist said she felt privileged to see her work in the store’s context.

The art in the New Bond Street store is textural, powerful and raw. In some cases it dovetails with the natural wood, stone and metal that make up the store interiors, and in other cases it contrasts sharply with the original neoclassical arches and slim columns of the building.

The floors are done in French Grand Antique marble, while other floors and fittings are made from reclaimed oak, concrete, polished stainless steel, brass and gold mirror. The shelves, racks, and other elements unhook from the walls and appear to float.

There is also an original octagonal-shaped room that’s being used for the brand’s Haute Parfumerie and Maison Celine line of gifts and small leather goods.

Downstairs, the men’s space has a concrete floor, and the mood is meant to evoke an art gallery — and the fitting rooms are showstoppers. A huge wooden screen opens to reveal a library, where customers are invited to change surrounded by books. The Flemish oil painting, “Portrait of Maximilien de Béthune Duc de Sully,” hangs in one of the dressing rooms.

The property already belonged to LVMH, and had formerly housed a Louis Vuitton store. A few minutes’ walk away is the Louis Vuitton flagship, which reopened in 2019 after a major refurbishment overseen by architect Peter Marino.

The New Bond Street store replaces Celine’s first men’s wear store, which opened in 2019 on Old Bond Street, and the nearby Mount Street women’s location, which made its debut in 2014, and was refurbished in 2019 by Slimane in brutalist style. Both of those stores have now shut.

There is no stopping the fashion momentum on New Bond Street, which is among the most expensive shopping thoroughfares in Europe, to buy or rent.

The Kering-owned Balenciaga is preparing to move into the old Russell & Bromley shoe store space on the corner of New Bond Street and Conduit streets soon, and the rest of the street has been buzzing for the past few years.

In February, 2020, Trophaeum Asset Management, which owns most of Albemarle Street, other properties on Bond Street and chunks of prime space around London, purchased a 15,000-square-foot retail block on New Bond from a firm controlled by the banker Joseph Safra.

Trophaeum paid 130 million pounds for the building, which houses Halcyon Gallery on the ground floor, and it’s likely that space could eventually house a luxury fashion brand.

Last year, Chanel purchased its New Bond Street flagship from SEB, the Swedish pension fund that owns the property. Chanel was reported to have offered 310 million pounds for the site at 159 New Bond Street.