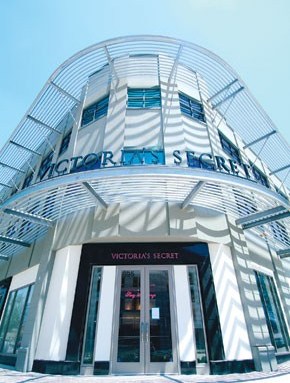 Watters Creek at Montgomery Farm, a 52-acre upscale shopping and lifestyle center that opened here last month, is located in the midst of a lush country setting with lakes, hills and a natural amphitheater. Cultural elements include small parks, interactive public art and outdoor fireplaces.

Trademark Property, a real estate developer based in Fort Worth, is counting on such upscale numbers to generate up to $700 a square foot in retail sales at Watters Creek, which it calls a “retail resort.” The project contains more than 300,000 square feet of shopping, including Swarovski, Vera Bradley, Victoria’s Secret, White House|Black Market, Ann Taylor Loft, Chico’s, Eddie Bauer, Francesca’s Collection, New York & Company and Origins. Other signed tenants scheduled to open this year include Banana Republic, Sephora and Jos. A. Bank.

Watters Creek is targeting upscale women ages 25 to 55. In partnership with the City of Allen and civic and business groups, Trademark conducted female focus groups to tap their shopping, dining and family outing preferences.

“It really doesn’t make sense to get the customer’s opinion after you’ve already built the place because then you’ve already made potential mistakes or missed out on opportunities,” said Terry Montesi, chief executive officer at Trademark.

Women account for about 80 percent of all consumer spending in the U.S., which equates to nearly $2 trillion a year, according to Andrea Learned, co-author of “Don’t Think Pink,” a guide to marketing to women.