EXCLUSIVE: Century 21 on a Comeback Trail

The Gindi family is eager to get their once high-trafficked and popular off-price chain back in business, but proceeding pragmatically.

Century 21 is coming back and the rebirth will begin in Busan, South Korea, WWD has learned.

Century 21 Department Stores went bankrupt last year and liquidated all of its stores. During the bankruptcy process, the Gindi family, which owned, operated and founded the famous off-price chain, bought back the intellectual property in November for $9 million, together with a silent partner.

The Gindis are developing a strategy to resurrect the off-pricer, which always presented an assortment that, compared to other off-pricers, skewed higher in luxury, had many European labels, and deeper breadth — and consistently drew big crowds of bargain hunters. Typically, Century 21 offered discounts from 40 to 65 percent off, and up to 90 percent off on clearance. At its peak, it was a $700 million business.

To help them get back in the game, the Gindis have recruited Marc Benitez, a former executive at Coach, Kenneth Cole, Authentic Brands Group, and most recently the CAA-GBG brand management group. He’s been named president of Century 21 Stores, reporting to the Gindis — Raymond, Isaac, Eddie and I.G. 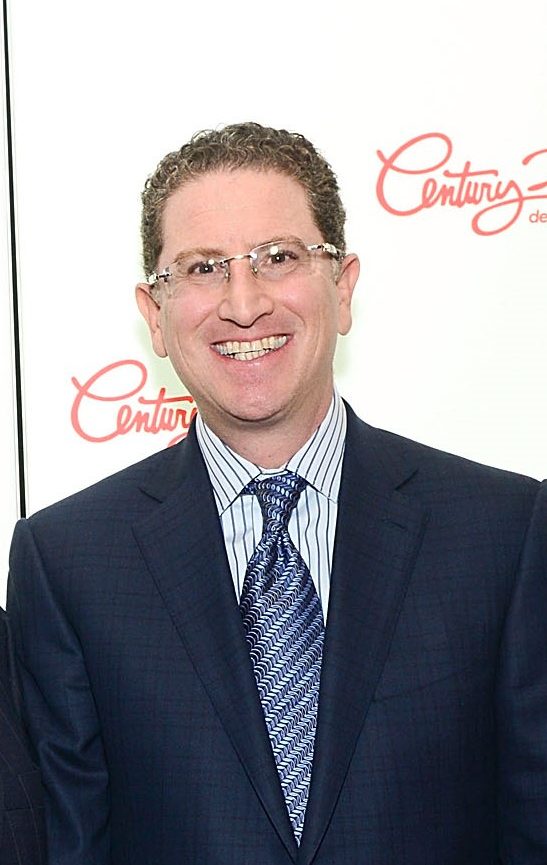 “Last year was particularly devastating for many people around the world, and extremely hard for us, as a family business. My dad and his partner started Century 21 60 years ago. We really thought we would get through the year, but it kind of all happened kind of quickly,” said Raymond Gindi, co-chief executive officer of Century 21, in his first interview on the bankruptcy and the future of the retailer.

The bankruptcy filing and liquidation came as a shock to shoppers and the industry. The Gindis blamed it on the pandemic and the inability to recover disaster insurance. A lawsuit against the insurance company is pending.

“What was comforting was the outpouring of emotion from all different sources. We were getting inundated by people egging us on, telling us you just can’t let it be over. That’s what spurred us on. It’s our legacy. It’s our family business. We’ve got to roll up our sleeves and get back in there.”

“Century 21 will open in Korea, most likely in late summer 2021,” said Benitez. “It will be freestanding, nine levels, with approximately 100,000 square feet with a lit facade. The sheer magnitude of visibility will be unparalleled.” The store is licensed to a retail operator that Benitez declined to mention at this point. Many brands and vendors have already been contacted about the overseas store, Century 21’s first ever.

Century 21 always drew many shoppers from overseas, specifically from South Korea, Gindi said, adding that before the coronavirus outbreak, the family was interested in expanding abroad and had received overtures from interested parties in South Korea. “We went on hold because of the pandemic. Part of the reason for this restart is that they kept in contact with us,” said Gindi.

Back in 2018, the Gindis came up with a rebranding strategy, including a new logo, a smaller brick-and-mortar format at 60,000 square feet, updated store layouts, ramping up e-commerce, and omni-capabilities such as buy online, pick up in stores. “It was called internally the ‘Path for 2021’ which had a three-year rollout schedule. A store was planned for the American Dream entertainment and retail complex in East Rutherford, N.J. It would have been a large format projecting a more contemporary design, modern fixturing and the new logo.

“Korea was a part of the plan in regard to our long-term strategy. Koreans were always fans of Century 21, and we began rethinking our iconic destination in ways to bring it to their soil,” said Gindi, referring to the former lower Manhattan store, which was on Cortlandt Street.

“In comparison to the U.S., Korea represents a fraction of COVID-19 cases and, grimly, the COVID-19 deaths. It’s a beacon of hope in regards to controlled measures to cope with COVID-19. Businesses there are thriving and continue to attract consumers.”

The new Century 21 could expand to other countries. “We are vigorously looking into opportunities to start opening stores around the world, in China, Hong Kong, Europe, Canada, Australia and South America,” Benitez said, though outside of Korea, no other stores are set but conversations are happening.

Asked about possibly reopening stores in the U.S., Gindi replied, “We believe a New York City flagship is important. It could be on 34th Street or in Times Square. But we are not working on that now. I don’t think the U.S. is ready for it. The customer and traffic are not back yet,” Gindi said, with COVID-19 raging across the country. “It will take time to refigure what the strategy is for us going forward in the U.S.” 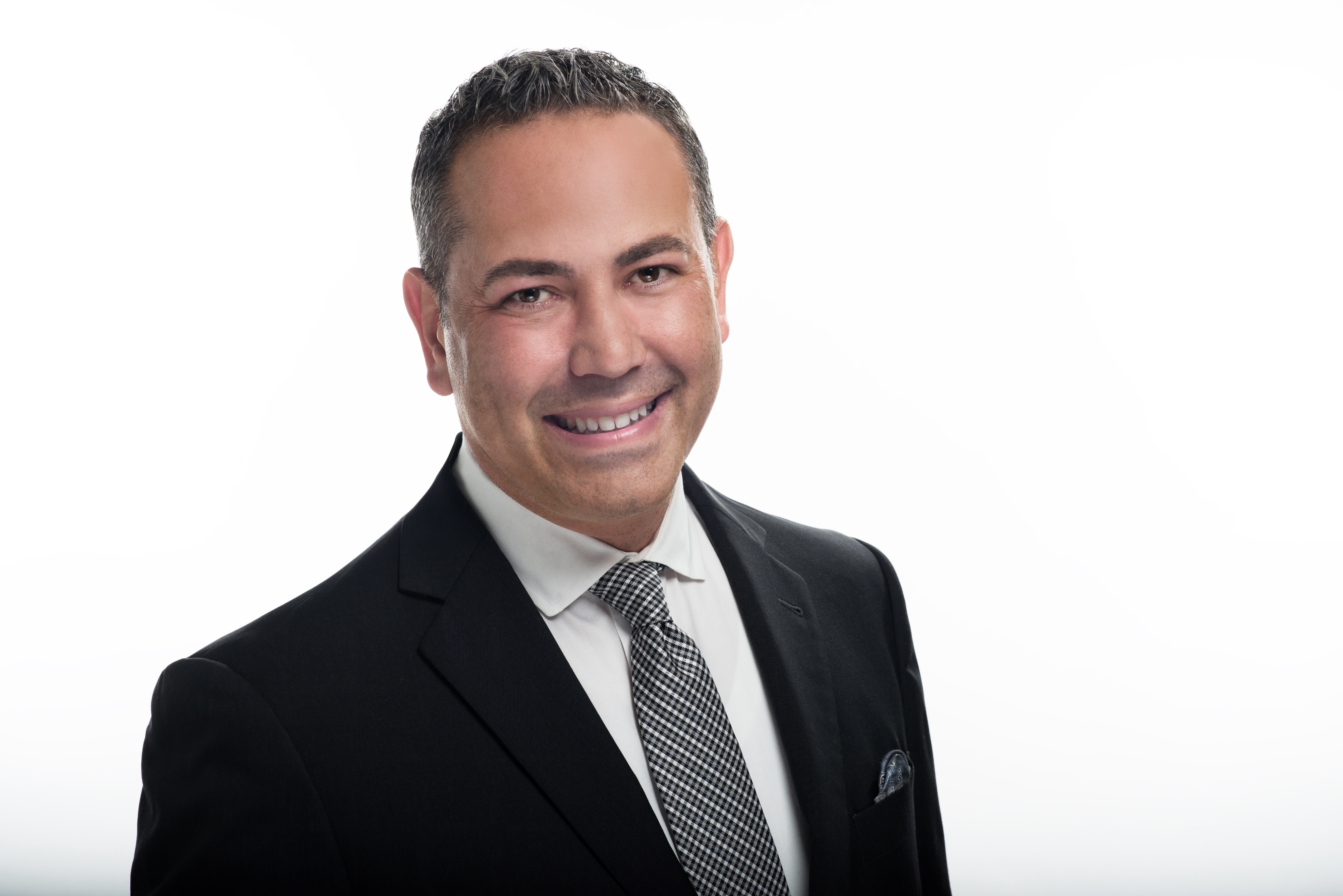 The executives said after Korea, the next growth move could be to restart e-commerce, and within a month, Century 21 will be active again on social media. “We will be reactivating that engagement with loyal followers,” said Benitez. “In terms of storytelling, we are going to look to consumers to help us narrate that story, to share their favorite purchases, or a favorite Century 21 experience.”

“My role as president is to insure the DNA of the business and the Gindi family values are always met but the consumer-facing opportunities are going to be met in a way that’s a little more modern,” he added.

“The Gindis brought me on to oversee the launch,” Benitez said. “I’ve been in retail for over 25 years. My first retail job was at the Century 21 flagship as a department manager in children’s. You might remember their slogan, “Fashion worth fighting for.” That was real life, not just a clever campaign. We saw the customers literally fight over the goods. There was strong value. The selection was limited. We opened at 7 a.m and by noon it was completely gutted by the consumers.” Then the team had to rush to get the floor reset with goods. “It was daunting. When the Gindis walked by, you knew everything had to be buttoned up.”

The issue of business interruption insurance dates back to 1993 with the first terrorist attack on the World Trade Center. Being cautious, the Gindis decided they should get the policy for the business. Raymond’s father, the late Al Gindi, had a custom policy written. After the 9/11 terrorist attacks in lower Manhattan, killing nearly 3,000 people and destroying the World Trade Center as well as the Century 21 flagship, the insurance company did come through on the claim and the Gindis were able to rebuild.

However, the family has been unable to get the disaster relief from the same insurance company, which would have helped them navigate Century 21 through the pandemic. They sought about $175 million in insurance to stem the losses. A lawsuit is pending.

“We were quite confident we had coverage,” said Gindi. “On top of that, PPP [Payment Protection Program] was something we were working on. We were too big to qualify as standard smaller businesses and not big enough like the mega companies that could get their bailouts. We were in the middle. We weren’t getting anything. We talked to Treasury about our situation. They were sympathetic, told us to hang on, and we thought the cavalry was coming. Legislation did pass that covered companies like us, but for various technical reasons, it didn’t work out. The money was never there. The insurance company continued their stonewalling and we got no assistance.

“Just like a switch turning in the middle of July, everything came crashing down on us. We were trying to come up with other solutions. In the end, we were forced into a liquidation. Career-wise, those were the hardest days in our lives. For weeks and months, we were walking around in a daze.”

Going bankrupt in September, said Gindi, was “a well-thought[-out], hard decision. We were left with no choice.” All 13 Century 21 stores, which were located in New York, New Jersey, Pennsylvania and Florida, ran going-out-of-business sales and closed, though other aspects of the liquidation process continue, possibly into April.

During the bankruptcy proceedings, the Gindis saw a way back. “It was a learning process on how we had to buy back our own name. Frankly, it was like a bidding war. The final bidding price was triple what the banks, creditors and attorneys estimated.”

“I am a firm believer that the comeback is always stronger than the setback,” said Benitez. “Century 21 may come back in different shapes and forms, but the DNA and family values will always be there. We want to make sure the experience and any international location really doesn’t see much of a difference from any store you saw in the city. Global standardizing is going to be a key buzzword.”