E-commerce venture Charlotte & Co. is all about the designer's new lifestyle in the exclusive, hilly area in west-central England. 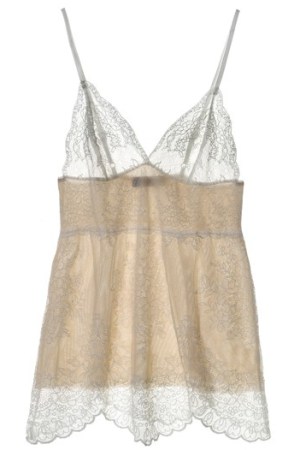 Charlotte Semler is probably best known in Britain for launching the racy, luxury lingerie and sex toys label Myla with her business partner, Nina Hampson. But when life took a turn and she found herself the mother of twins and living in the picturesque English countryside, she put her old life firmly behind her.

But she didn’t give up on lingerie.

Today, she sits at the helm of a four-year-old e-commerce venture known as Charlotte & Co. that’s all about her new lifestyle in the Cotswolds, an exclusive, hilly area in west-central England. It’s home to Kate Moss, Elizabeth Hurley and the Daylesford Organic farm.

Instead of sexy playthings, she’s selling sheepskin slippers, hot water bottle covers, velour track suits and caftans. The core of the offer, though, is lingerie — from lacy undies, camisoles and negligees, to a range of foundation garments, to silk and wool thermal underwear.

Charlotte & Co. today has sales of 1 million pounds, or $1.6 million, annually, and is growing at a rate of 30 percent a year. Semler still holds a small stake in Myla, but is no longer involved with the business, which was sold to private equity investors. She runs Charlotte from her home and outsources production and order fulfillment. The staff are all part-timers and work from their own homes. Half of the sales come from online orders, and half are made by telephone.

Although lingerie remains its core, there are more than 200 products on offer and bestsellers include outerwear, like down coats and gilets with rabbit fur trim. The average sale is about 85 pounds, or $136, and the company processes 200,000 orders a year.

Next up is a body and bath line, due in the fall, and Semler plans to increase her range of down coats and build the cashmere line.

“I wanted to do something different from Myla, and I channeled the change in my own personal lifestyle,” she said. “There’s a yummy mummy element to the collection, because my customers are international jet-setters who shop in London, but who also spend a lot of time at home — and don’t want to look horrible. People are buying into the lifestyle thing.”