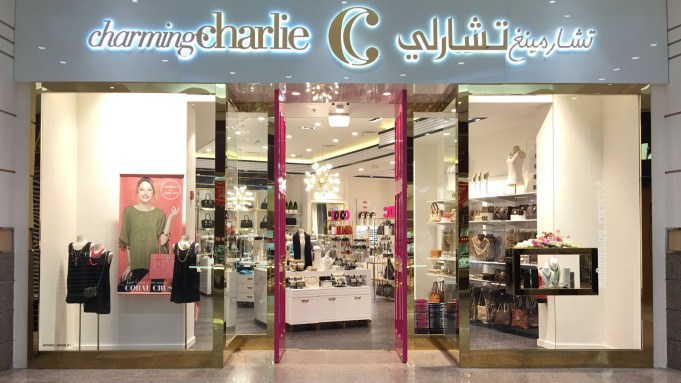 Charming Charlie, the women’s contemporary jewelry and accessories retailer, has opened the brand’s first location in Qatar at the Ezdan Mall in Doha.

The 2,900-square-foot store is operated by UAE-based Apparel Group, Charming Charlie’s international licensing partner, which has expansion plans for the Middle East this year.

As reported in July, in a venture with Apparel Group, Charming Charlie plans to open between 50 and 75 stores in the Middle East in the next five years. The company intends to open additional stores in Qatar and plans to enter Saudi Arabia and Oman this year.

“As one of the world’s commercial capitals, Doha is an essential market for our expanding footprint in the Middle East,” said Charlie Chanaratsopon, founder and chief executive officer of Charming Charlie.

Charming Charlie has more than 350 stores in the U.S. and four in Canada. There are five international locations, including Qatar. Last year, Charming Charlie opened three stores with Apparel Group in the UAE, in City Centre Mirdif, Al-Naeem Mall and Ibn Battuta Mall. In addition, it opened one store with SSI Group Inc. in the Philippines at Bonifacio High Street Central Square.

Launched in 2004 by Chanaratsopon, Charming Charlie is known for merchandising its brand assortment by color and its accessible price points.

Apparel Group represents 55 international brands and has more than 1,000 stores spread across four continents. The company is led by chairman Nilesh Ved.