Chiara Ferragni’s First U.S. Pop-up to Bow at The Grove

Chiara Ferragni of The Blonde Salad will open her first stand-alone pop-up shop Saturday at the Los Angeles shopping center. 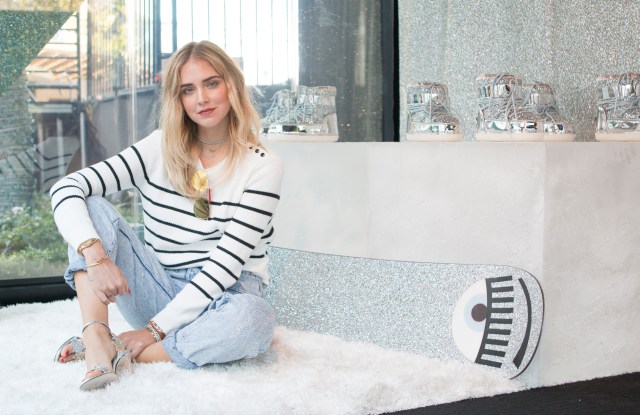 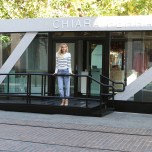 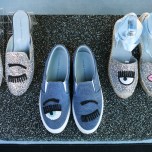 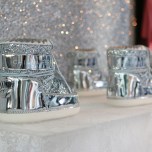 The fashion blogger turned business owner is behind the travel and fashion site and online shop The Blonde Salad and its parent The TBS Crew, which also owns the Chiara Ferragni Collection footwear line. Ferragni’s brand is now taking a step into physical retail with a temporary shop at Caruso Affiliated’s The Grove shopping center in Los Angeles, which opens Saturday.

Workers on Friday morning were putting the finishing touches on the roughly 200-square-foot space, adorned with silver, glittery exterior accents. The pop-up space, located across the way from Crate & Barrel and Elizabeth and James, has also been used by Clique Media Group’s social media content brand Obsessee for its own temporary space at The Grove in the summer.

“I love The Grove. It’s one of my favorite places to shop,” Ferragni said. “My mom and sister always come to L.A. for Christmas and they stay at my house. They love The Grove and so we always come here together during Christmastime. So I’ve always wanted to open a pop-up store here and I managed to do it.”

Ferragni said she’s open to the idea of more pop-ups in the future. It’s technically not the first time the brand has taken up physical retail space after having dabbled with shops-in-shop concepts at Selfridges in London, Le Bon Marché and the Dubai Mall.

“[The Grove] is the first time it’s…independent and bigger,” Ferragni said. “We want to start opening our own stores, too.”

A permanent door in Milan would be up first next year, with the company having identified a few real estate options, Ferragni said.

“The brand is Italian, it’s made in Italy and I’m from Milan so I think it makes more sense to open the first one there and then, of course, I would love one either here [in Los Angeles] or in New York, or maybe both.”

She estimated permanent U.S. stores could open in one to two years. She added that over the next few years she hopes to have four to five stores open globally. The locations are still to be determined, but the business is strong in Asia, so a door in China is possible, she said.

“[The business is] amazing in Europe and Asia,” Ferragni said. “The U.S. is going really well. It’s still a newer market to us, but we have such a great response. So we’re basically almost all over [the world].”