The previously booming beauty market has become a victim of the country’s slowing economy. 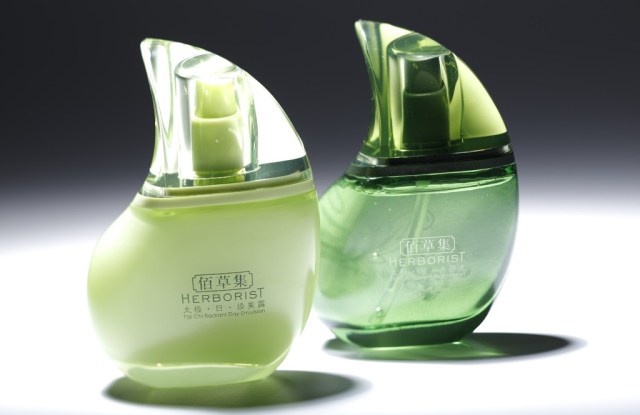 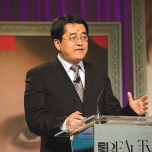 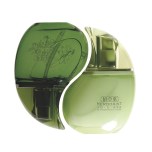 SHANGHAI — The previously booming beauty market in China has become a victim of the country’s slowing economy.

“We are witnessing a slowdown in the cosmetics market in China, and part of that is indeed attributable to the overall slowing economy,” Kevin Der Arslanian, a business analyst at China Market Research Group in Shanghai, told WWD.

The “lipstick effect,” whereby consumers in the midst of an economic downturn eschew big-ticket luxury items in favor of less costly luxuries, has raised its head in China, where a generation of newly middle class and nouveau riche consumers are particularly sensitive to economic instability.

“Consumers are still quite optimistic about their future, but they are definitely being more careful about what they purchase,” Der Arslanian said.

China’s economic growth hit a more than three-year low of 7.4 percent in the third quarter this year; down from 9.2 percent growth recorded last year and 10.4 percent in 2010.

Despite talk of a slowdown, numbers from the National Bureau of Statistics show retail sales of cosmetics in China still rose 16.5 percent in the first 10 months of 2012, compared with the same period last year, totaling $17.3 billion at current exchange rates.

But recent figures from Beijing’s University of International Business and Economics China Luxury Report 2012 show a 13 percent drop in imports of cosmetics into China for the first half of this year, compared with last year.

This drop in imports comes despite an easing of the taxes levied on imported cosmetics, which dropped from 6.5 percent to 5 percent on Jan. 1.

At this stage, however, experts are confident the drop in imports is merely a brief departure from business as usual.

“It is worth pointing out that this is not a decline, as the market is still growing,” Der Arslanian added. “L’Oréal and Estée Lauder, for example, both saw double-digit growth in the first half of the year.”

According to research from CMR, there is good news for certain sectors of the market. At the top end, brands such as Estée Lauder and La Mer continue to impress Chinese consumers with their claims of superior technology and youth preservation.

The other major winners within the current Chinese beauty market are mid- to high-end brands using all-natural ingredients. According to CMR, younger customers (15 to 30 years old) are particularly attracted to brands such as Herborist and Origins, which promise safe and natural products to a generation of consumers raised on a regular diet of product safety scandals.

“We can definitely expect brands in these two segments to continue to see strong growth in coming years,” Der Arslanian said.

Zhou Wang is the vice president of Shanghai Jahwa United Co., one of China’s largest cosmetics and personal care companies and owner of the Herborist brand.

He told WWD that, despite the current domination by foreign brands at the highest end of the market, an increasing number of domestic beauty brands would soon be challenging them in the mid- to high-end sectors.

“‘Chinese wisdom,’ as pioneered and continuously led by Herborist, is gaining credibility and popularity,” Zhou said. “International brands will try and follow suit, but will lack credibility as well as points of differentiation.”

Estée Lauder, which sells 12 of its 28 beauty brands in China, has already thrown its hat into what Zhou described as the “Chinese wisdom” category.

In November, the company launched its new Osiao skin- care brand in Hong Kong. Osiao specifically caters to Chinese consumers and includes traditionally medicinal Chinese ingredients, such as ginseng. Estée Lauder expects the brand to be introduced to Mainland China in early 2014.

Though happy with the positioning of Herborist and confident in the brand’s continued room for consistent growth over the next three to five years, Zhou claims the biggest challenges for his brand will come from foreign competitors, rather than a lack of consumer desire for beauty products within China.

“Our whitening line, antiaging line and our signature Tai Chi line are all growing well, and this year our sun-care line grew faster than last year,” Zhou explained.

“We haven’t seen any significant effect on sales of our beauty products, but we are facing big pressures from multinational brands, which are doing heavy promotions — including direct price cuts — in the first-tier cities and going down to the second- and third-tier cities.”

One recent example of extreme discounting occurred in August, when Estée Lauder Group’s Clinique brand announced a price cut on some of its skin-care products — including the popular Dramatically Different Moisturizing Lotion — by as much as 30 percent on the Mainland.

In a country where year-over-year price hikes are the norm, the move inevitably raised some eyebrows.

“The main purpose of the price cuts are to bring customers back into department stores, to enjoy better service and after-sales service,” Estée Lauder was reported to have said in a statement at the time.

This focus on attracting department store sales is unsurprising. The China Cosmetics Market report for 2011 released by Li & Fung Research Centre in Beijing, shows that despite strong competition from online retailers and supermarkets-hypermarkets, department stores are still the number-one choice in China when it comes to beauty purchases.

On the cosmetics floor of Shanghai’s Grand Gateway 66 mall — one of the largest cosmetics retailers in the country’s financial capital — floor manager Mrs. Zhang has seen what she describes as “a slight decline” in beauty sales this year.

According to Zhang, Japanese brands, such as Shu Uemura, have particularly suffered, in all likelihood at least partly as a result of the ongoing dispute between China and Japan over the uninhabited Diaoyu/Senkaku Islands.

The strongest sales are at the highest end, with Dior remaining the best-selling brand at Grand Gateway 66, a position the brand has maintained for several years.

Despite being today’s number-one choice for beauty consumers in China, CMR’s Der Arslanian said a strategy that focuses on department stores at the detriment of online avenues would be a shortsighted one for beauty brands wanting to make an impact in the Middle Kingdom.

“It is very likely that brands will be able to meet with strong growth if they are able to build a solid online presence,” Der Arslanian said.

“If brands manage to effectively combine the use of online stores and ongoing online marketing campaigns, including a presence on major social networks such as Weibo, and regularly updated content with videos, contests and information about new releases — they will no doubt meet with significant commercial success.”

Despite the air of caution surrounding China’s beauty consumers at present, Jahwa’s Zhou is confident that the market will soon return to the strong sales growth trends observed over recent years.

“The ‘pampering oneself’ mentality will stay and grow stronger,” he said.

“Women will continue to spend up big on beauty products, not necessarily compared with other luxury items, but certainly in comparison to the consumers in developed economies.”