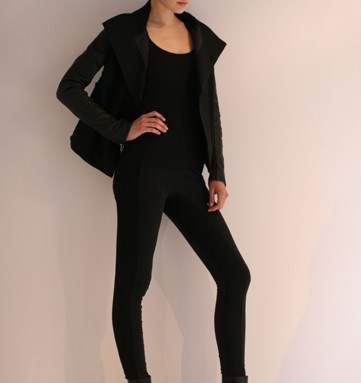 NEW YORK — Their names may get lost in translation, but Asian retailers tapping the U.S. market hope their brands have universal appeal.

The name JNBY sounds like any other fashion acronym, but the initials of the Hangzhou, China, retailer — short for Just Naturally Be Yourself — reflect the versatility of the designs.

JNBY will unveil in March a 2,250-square-foot flagship in SoHo here, its first U.S. store. Founded in 1994 by a group of Shanghai Institute of Design students, JNBY operates as a collective with a staff of 13, led by a senior designer. The group creates 150- to-200-piece collections each season, priced from $80 to $600.

China is poised to become the world’s second-largest economy this year and the government has been nurturing domestic companies in an effort to become less dependent on exports. JNBY operates more than 500 stores in Asia, Europe and North America, with new stores planned for Barcelona and Tbilisi, Georgia. Sales were strong enough at a temporary store at 93 Mercer Street in SoHo, that JNBY was encouraged to open a permanent boutique at 75 Greene Street. “I’m hoping [to open] one more store in Manhattan by the end of the year,” said Michelle Wohlers, U.S. brand manager of JNBY and a former executive of Juicy Couture. “Our next target will be Northern California.”

JNBY will be wholesaled for fall to a handful of specialty stores, said Wohlers, who envisions the collection housed beside Rag & Bone and Alexander Wang in the contemporary departments of stores such as Bergdorf Goodman, Barneys New York, Saks Fifth Avenue, Intermix and Holt Renfrew. She’s targeting 50 doors in the first year, and JNBY will be sold on Shopbop.com.

Inspired by industrial design, JNBY’s stark pieces can be worn several different ways. For example, jackets with multiple zippers can change their look depending on which one is used, and collars can be manipulated to change a look. But fashion doesn’t always translate seamlessly from country to country. “The runway shows [have] these very severe-looking Chinese models,” Wohlers said. “I’m helping soften it for the U.S. We are also very sized challenged with the men’s line.”

JNBY isn’t the only Far Eastern retailer aiming to penetrate the U.S. Who.A.U. of South Korea opened stores in New Jersey and Connecticut and is preparing to unveil a 12,000-square-foot multilevel flagship on West 34th Street. Now Who.A.U. says it’s ready to open up to six units in Manhattan before moving on to other major U.S. cities. “They’re working on other locations in Manhattan as well as lease negotiations at several upscale malls around the country,” said Faith Hope Consolo, Who.A.U.’s broker.

South Korea, one of the world’s fastest-growing economies, has had a burst of consumer wealth that’s benefited retailers such as Eryn Brinie, which operates 30 stores in Asia. The brand, which opened its first U.S. store in 2008 at 501 Broadway in SoHo, is part of Avista Inc., whose fashion portfolio includes Kaylee Tankus, BNX and Kai-aakmann. Eryn Brinie’s crosscultural references include an Irish-sounding name and French-inspired looks priced from $25 for a cami tunic to $430 for a faux fur-trimmed parka.

Then there’s Uniqlo of Japan, which in 2005 entered the U.S. market with three mall units in New Jersey and a flagship on Broadway in SoHo. At the recent National Retail Federation convention here, Tadashi Yanai, chairman and chief executive officer of Fast Retailing, Uniqlo’s $7.4 billion parent, said he wants to quickly open more stores in the U.S. Retail brokers said Uniqlo has been “kicking the tires” of Manhattan properties, including some in Times Square, but has yet to conclude a deal.