Cire Trudon To Open on Elizabeth Street in October

The upscale French candle and fragrance retailer returns to Manhattan after an earlier pop-up shop. 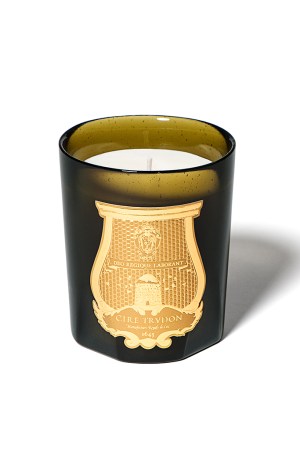 Cire Trudon is readying to take on Manhattan’s Elizabeth Street in late October.

The upscale candle and fragrance purveyor is returning to running its own retail location in Manhattan after an earlier pop-up shop on Bond Street in 2011 — which Julien Pruvost, the company’s managing director, noted informed the upcoming Elizabeth Street space.

“When we did the test store, we were in a basement space at Bond Street and Bowery,” said Pruvost. “The first thing we learned was location is key. We were in the right neighborhood, but not in a configuration that allowed us to ideally express the brand.”

Elizabeth Street is a better fit for several reasons, believes Pruvost. “Our new location is like the one we have in Paris — intimate and strong,” he said. “And the neighborhood has a good balance of residents and leisure shoppers.”

The new space is 400 square feet at street level, in line with most of its neighbors. The decor is planned to be done in burgundy lacquer with antique mirrors, said Pruvost. “We wanted to use just one color given the shop’s size — we want people to feel like they’re leaving the outside world behind when they step inside,” he said. He noted that while the new store is not planned to resemble existing stores in Paris and London — “we consider each of our stores a separate environment” — all three are easily recognizable as Cire Trudon shops because of their homey “maison, not-store feeling.”

In the U.S., the brand is also sold in upscale specialty stores, including Barneys New York, Bergdorf Goodman and Saks Fifth Avenue.