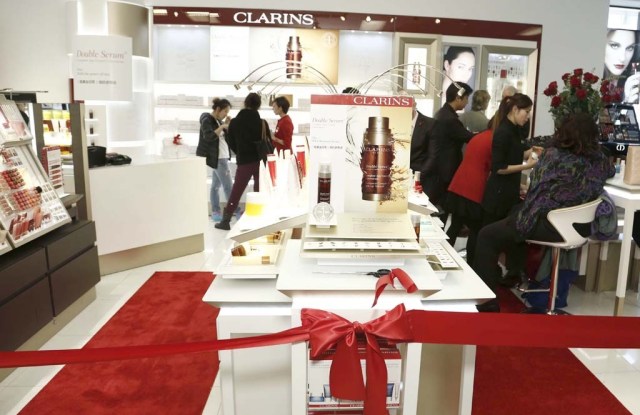 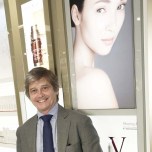 The idea that America can be viewed almost in the same terms as an emerging market is one that is gaining some traction. In fact, it has an address — 136-50 Roosevelt Avenue in the New York City borough of Queens. That is the location of the Flushing branch of Macy’s, where Clarins executives gathered on Tuesday afternoon to inaugurate their newly renovated counter, measuring roughly 500 square feet.

“This is one of the fastest-growing stores in the Macy’s group,” Shearer said, adding that the dramatic sales velocity is spurred by the beauty-loving clientele. The demographic makeup of the neighborhood and store — largely Chinese and Korean with some Hispanic — is evident by the sight of shoppers browsing among the counters. “We are refurbishing the counter to make it more Asia-friendly,” Shearer said, noting that the product assortment in the Flushing store is parallel to the typical offering in China, except there is more color cosmetics offered in the U.S. One of the biggest sellers for Clarins — 10 percent of the counter’s business in Flushing — is Shaping Facial Lift. It is a mainstay of the brand that was developed by founder Jacques Courtin-Clarins to help Asian women create more of a V-shape effect for their naturally round faces. “The goal is to tailor the offering for people to make sure it includes what the customers want,” Shearer added.

The Flushing unit ranks 15th out of about 1,000 department store doors for the Clarins brand in the U.S., with about 85 percent of the business done in skin care. Market sources consider Flushing to rank in the top 10 overall — and number five in just skin care and makeup — of all of Macy’s 670 beauty doors. A Macy’s spokesman could not be reached for comment at press time. While the company does not break out sales projections, industry sources estimate that the Flushing counter did $800,000 in sales last year and is aiming for a target of $1 million this year. Within two years, the counter is expected to hit $2 million, according to calculations by sources.

Zrihen had no comment on the estimates but he detailed what is needed to attract the Asian customer. That includes plenty of counter space for makeovers and consultations — long consultations. Asians take beauty very seriously. A typical session can take an hour or more. The Flushing store has a staff of about six beauty advisers, roughly twice the number of a typical Clarins counter.

In Asia, women use six to eight skin-care products a day, while U.S. customers often top off at no more than three, “max.”