The 490-square-foot emplacement features the Estée Lauder Cos. Inc.-owned brand’s Service as You Like It concept. 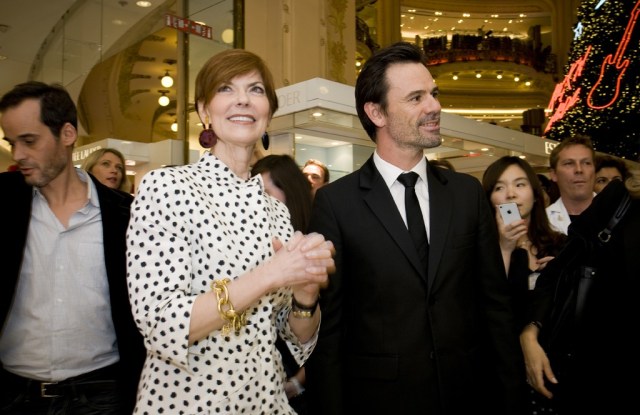 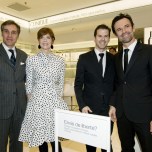 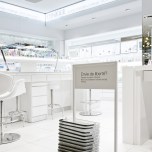 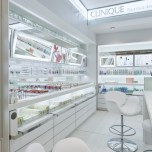 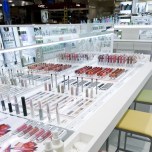 The 490-square-foot emplacement (that’s a bit more than double the size of its previous iteration) features the Estée Lauder Cos. Inc.-owned brand’s Service as You Like It concept involving numerous ways to shop. There’s “Express Service,” “Full Service,” “Guided Self Service” and “Self Service.”

Executives honored Lauder, who died Saturday at the age of 75. Lynne Greene, global brand president of Clinique, recounted a story from years past when Lauder and her husband Leonard Lauder, the Estée Lauder Cos.’s chairman emeritus, were driving through France.

“Evelyn saw the name Clinique, and she said, ‘Leonard, I think that would be a fabulous name for the next brand that we’re planning to do,’” recounted Greene. “We are honoring her by continuing to talk about this counter and celebrating [it] with you because  — with all due respect to her — that is precisely what she would want us to do.”

Since the new Clinique stand made its debut a week ago, its sales have spiked in the high double digits, according to brand executives. Among its features are color-coded plastic bracelets allowing consumers to indicate how they want to shop. And consultants’ badges indicate what languages they speak.

Also on the linguistic front, the Clinique stand will have a ticker tape giving product information and messages in five languages — Portuguese, Chinese, English, French and Russian. For diagnostics, iPads are to be implemented, too.

The Service as You Like It shopping concept — which made its debut in Bloomingdale’s New York flagship in 2009 — will continue to be rolled out elsewhere.

“The way you handle each country is different in terms of the way you strategically lay out the proposition,” said Greene, who added new instillations will not be built in every store worldwide. “We have a basket of creative propositions.”