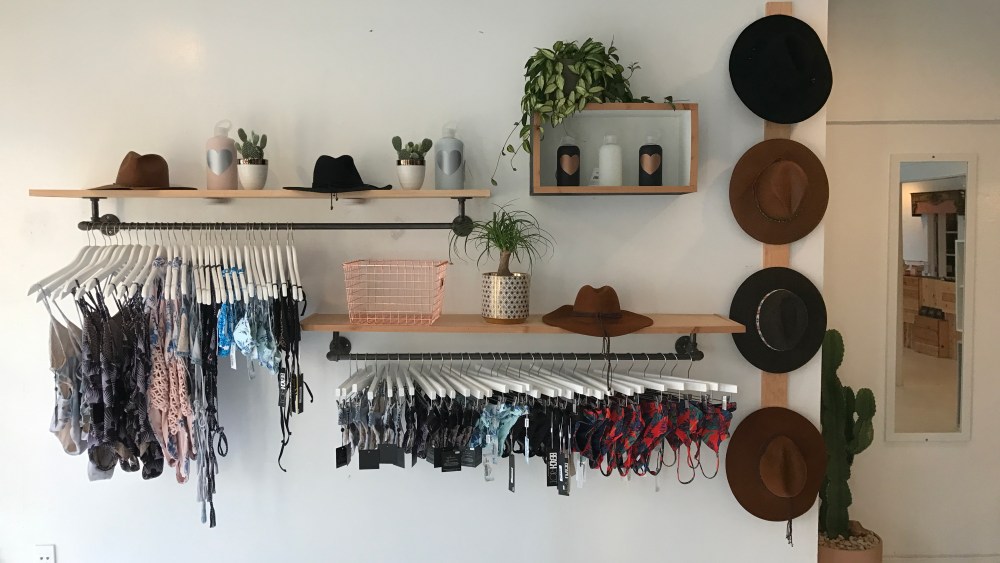 A Santa Monica digital marketing agency is trying a different approach to retail.

Hawke Media in March launched a retail concept space called The Nest on Abbot Kinney Boulevard in Venice, Calif., that pulled in 10 brands for a one-month stint on one of the Los Angeles area’s hottest streets, where both tourists and locals alike have begun to shop. Now The Nest has unveiled its second iteration of the concept on a street that’s no easy feat for businesses to move onto with high rents and tight availability.

“I was speaking to a lot of our clients about doing a pop-up shop and it’s super expensive to be on Abbot Kinney for one month so this is a solution to that issue,” said Hawke Media experiential marketing producer Karolina Swietoniowska.

Hence the idea for The Nest. Hawke makes it easy by pulling together the brands, providing the in-store buildouts and training the employees.

“It’s an interesting concept because it’s totally turnkey so we take care of all of the logistics,” Swietoniowska said. “[Brands are] able to participate and have a pop-up shop, except for a fraction of the cost of having their own on the street. It’s also great for commodities that are difficult to translate online.”

The three-year-old agency has worked with more than 350 brands to date including Perverse and Planet Blue, largely focusing on start-ups in the e-commerce fashion, beauty and lifestyle spaces. To get into The Nest, a business doesn’t have to work with Hawke; the agency is pulling brands from anywhere as long as they have a fit with the rest of the participating companies.

This month’s Nest centers on mainly tech-focused brands operating in the health space with the likes of wearables brand Misfit, accessories firm BaubleBar, beachwear online boutique The Girl & The Water, beauty brand Kopari and custom suit maker Snapsuits among others.

Misfit will sell its hero product, the Shine 2 activity tracker, along with the Ray and the hybrid watch Phase.

“Misfit obviously has been growing and been around for a long time and as brands exist predominantly on the Internet I think there are a lot of companies that have found retail a good way to introduce yourself to customers and work with like-minded brands,” said Preston Moxcey, vice president and general manager of Misfit.

He reiterated the point made earlier by Swietoniowska about pop-ups being expensive and also difficult to sometimes execute.

“As a brand that’s not looking to build out a whole fleet of stores, this retail concept was something that was really attractive to us,” he added.

Fossil Group Inc. said in late 2015 it was acquiring the wearables company for $260 million. Misfit, founded in 2011, sells its product online and at other retailers but does not have its own storefront. Being a part of Fossil Group could certainly pave the way for that, but it’s not something top of mind for the company, Moxcey said.

“We’re now part of the Fossil group and Fossil obviously operates a lot of stores. We’re always open to the idea. We are still growing as a brand and traditional retail is something — if and when it’s the right opportunity — we’re always open to,” Moxcey said.

The Nest marks the first time BaubleBar is testing physical retail on the West Coast, having tried pop-ups twice on its own in New York.

“L.A. is a major market for us, so has always been at the top of our list for locations where we would want to expand beyond our digital presence,” said Daniella Yacobovsky, BaubleBar cofounder. “The Nest space is beautifully built and is an environment that we all felt would do an excellent job really highlighting our product. We are so excited to give [customers] an opportunity to shop our latest trends in person.”

In May, The Nest moves to new space on Abbot Kinney, with details on the featured brands there forthcoming.

For More on Abbot Kinney Boulevard in WWD: