The 75-year-old company has a modern new retail concept. 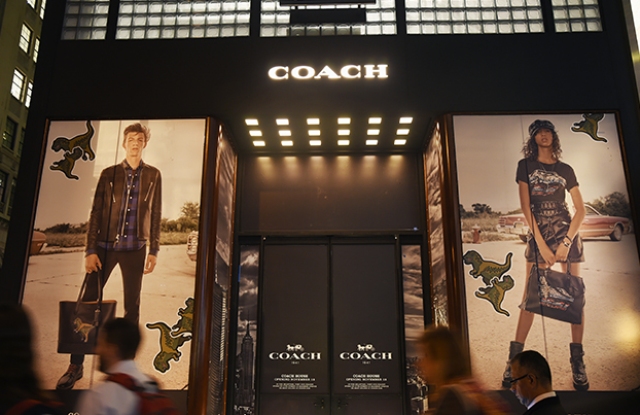 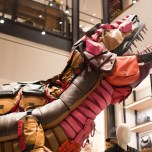 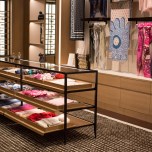 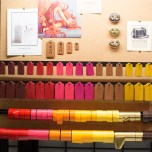 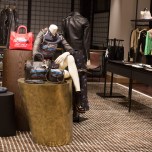 NEW YORK — When the three-story, 20,000-square-foot Coach House opens Friday at 685 Fifth Avenue it will offer the fullest expression of the brand’s products worldwide.

“It’s a bold step forward,” said Stuart Vevers, who has been the company’s creative director since 2013. “It makes sense that it’s in our home city. It’s a game-changer.”

The unveiling of Coach House comes toward the end of the brand’s 75th anniversary, a highlight in a year of activity that included relocating the company’s corporate offices and workrooms from West 34th Street to 10 Hudson Yards, where a glass atrium jutting out of a modern tower holds double-height conference rooms on every floor.

“The project is very important and a symbolic moment in the celebration of our 75th anniversary,” said Victor Luis, Coach’s chief executive officer. “It’s an important exclamation point in our transformation.”

Luis broke the company down into chapters, starting with Coach’s founding in 1941. The modern Coach era included the initial public offering and international expansion, which was presided over by former ceo Lew Frankfort, while president and executive creative director Reed Krakoff was responsible for aesthetics. Both Krakoff and Frankfort stepped down in 2014.

Coach’s latest chapter features Luis and Vevers as architects of the global modern luxury brand. “It has an American aesthetic and it’s American luxury,” Luis said.

The British-born Vevers is attracted to all things American. “As an outsider, a lot of things I reference — everyday life things — still seem exotic to me,” he said. “Coach should be connected to reality. Coach isn’t about a jet-set fancy lifestyle.”

“Stuart’s full design vision is manifest at Coach House,” Luis said, adding that the address of the store is significant. “It’s Fifth Avenue with all of the symbolism that brings. We moved to a different neighborhood, Fifth Avenue and 54th Street, with new neighbors that are the finest luxury brands.”

Coach’s former store was on the corner of 57th Street and Madison Avenue.

Asked about the metal barricades blocking the sidewalks on Fifth Avenue in the vicinity of Trump Tower, and right outside Coach House, due to security for President-elect Trump, Vevers said, “There are lots of people on the street. I feel more at ease about it.”

Coach House will feature all of the brand’s categories, including full ready-to-wear collections for men and women, outerwear, footwear, accessories, jewelry and scarves.

There’s a made-to-order desk, where customers can create customized Rogue handbags. A workshop will feature vintage Coach handbags made from specially sourced pieces from workrooms of the Seventies and Eighties, embellished with new elements such as tea rose appliqués, varsity stripes and patches.

The new concepts are designed to augment or complement existing services such as monogramming and leather care, overseen by a master craftsman.

“The made-to-order desk is the first of its kind,” Luis said, adding that it takes six to eight weeks to complete a product. “You can choose the leather, handles, functionality and monogram.”

“We knew we wanted moments in the store that could only be experienced there,” Vevers said. “The unique services and playful moments will give customers reasons for visiting that store.”

One of the playful moments involves Rexy, a 12-foot sculpture of a dinosaur, made out of Coach handbags, accessories and proprietary hardware by artist Billie Achilleos. When customers enter the store, it will be obvious that Rexy’s in the house — the imposing jumble of colorful leather is a feat of engineering and an oversized conversation piece.

“What I like most about the store is Rexy,” Vevers said. “She’s completely random. What appealed to me is that it had no connection to the history of Coach.”

There’s also a mechanized conveyor belt with a rotation of products such as handbags, jackets and key fobs hanging from the ceiling at the entrance of the store. The point of the conveyor belt: “I wanted to show that Coach is changing and evolving,” Vevers said.

Vintage handbags from the Sixties and Seventies, such as the Dinky and the Duffle Sack, are displayed on the main floor, restored and reinterpreted, embellished with fringe, stripes or studs or offered in rare colors.

“I try to bring a sense of personal individuality to the work I’ve done,” Vevers said. “The vintage handbags are extra special pieces. We feel good about the quality.

“Because of the size and scale of the space, we can explore new ideas and finishes,” Vevers said. “We discovered what makes Coach unique and different. We explored ideas that are not typical luxury. We reference a lot of New York artifacts.”

For example, a polished cement floor on the ground level is “rich but honest,” Vevers said. Exposed I-beams, a blackened steel and concrete staircase meant to inspire discovery, and a vintage-style elevator add to the New York-centric look.

A mix of eclectic and bespoke furniture and objects fill the store along with wood cabinetry, warm lighting and fine millwork. “A Coach store should always have that friendliness,” Vevers said.

A customization workshop on the second floor is equipped with an industrial sewing machine, riveting machine and patterns hanging overhead. It will be manned by a full-time craftsman who will emboss handbags, do repairs and incorporate emojis from the 100 new stamps Vevers designed, such as a lightning bolt and pair of glasses.

Around the corner is the men’s ready-to-wear area and Brooklyn artist Kurt Steger’s sculpture, which was made by taking an outline of a rock in Central Park and handcrafting a sculpture shaped like the rock from wood, which forms a canopy over part of the floor. Leather banquettes dubbed “Taxi cab yellow” by Vevers provide seating.

The Made to Order desk on the third floor offers bespoke services for the Rogue handbag. “It’s my favorite Coach bag at the moment,” Vevers said. Consumers can choose from over 1 million permutations, including handles, leathers and exotics, key fobs, zippers, linings and even story patches on the inside of the bag, where clients can write their own narrative. Once the bag is ready — it takes four to six weeks — it can be taken to the second floor workshop for monogramming and emoji collecting.

“We also have limited-edition Rogue bags if you don’t want to wait to have one made,” a spokeswoman said.

“For me, Coach is a fashion house,” Vevers said. “I felt that was important. We needed a head-to-toe look for girls and guys. The most exciting thing about Coach House is you’ll be able to explore the full breadth of men’s and women’s ready to wear, shoes and jewelry. Ready to wear is something that’s been a really important part of my journey. It still feels like there’s a lot to do there. One of my favorite things to design is home wear and fine jewelry.”

Vevers’ fascination with popular culture is evident in his Felix the Cat Rouge handbag, $895, and the Disney x Coach 1941 collection including the Mickey saddlebag, $495.

Coach in the recent first quarter of 2017 said net sales increased 1 percent to $1.04 billion from $1.03 billion in the prior year’s first quarter. Comp-store sales rose 2 percent in North America, while earnings per share rose 20 percent to 42 cents compared with 35 cents in the year-ago period. Luis said earlier this month that the company took actions to “reposition the brand and streamline distribution in the promotional North American department store channel. Despite this deliberate pullback, we achieved growth across key financials.”

Luis said, “Stuart’s vision and creative direction are right for the times and turning the Coach business around. Stuart loves travel and he’s been incredibly inspired by his own train trips across America. What he sees is this wonderful freedom.

“Rtw and footwear are the newest categories,” Luis said, adding of the new store, “We show all the runway looks. There’s a much fuller selection of Coach 1941. We have one-of-a-kind pieces and unique skus. As a company born in Manhattan, our leather craft, Stuart is bringing the archives into the modern era.”

Luis touts Coach’s glove-tanned leather, which gets better as it ages. “Baseball is such an optimistic activity,” he said. On the first floor there are baseball gloves, displayed in optimistic colors such as citrine, denim, flax, red, royal and turquoise, $350 each.

“The store will represent the values of the Coach brand,” Luis said. “It’s different than European brands that are exclusionary. You’re almost afraid to go into the store.

“The difference with most of our American competitors is that they were born mostly as fashion houses and are always looking for the next trend,” Luis said. “We have history and heritage with Stuart’s modern vision.”

A Coach House similar to Fifth Avenue is bowing in London in the coming days. “There will be other locations in Asia and potentially Europe,” Luis said. “There will absolutely be another Coach House in the U.S.”