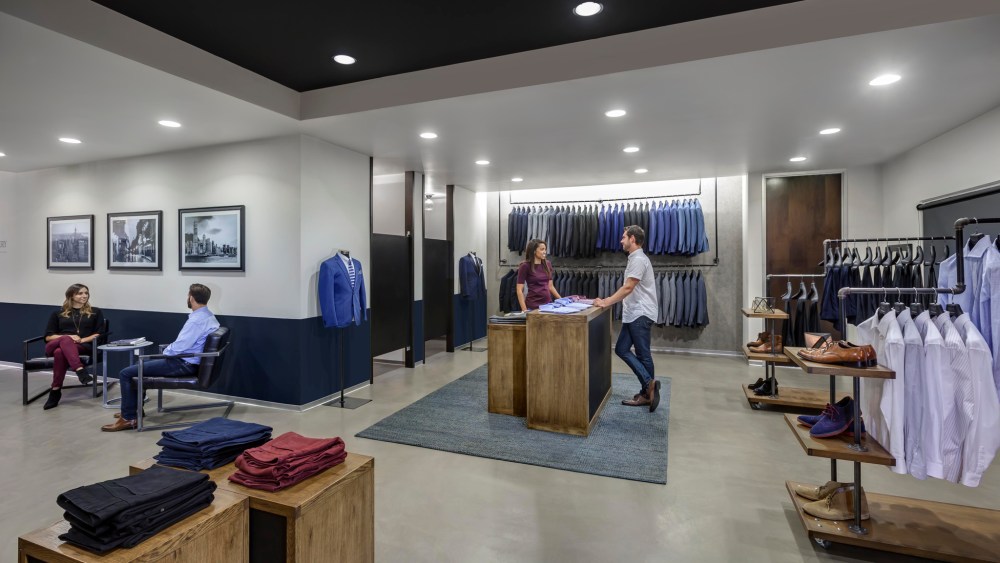 Combatant Gentlemen is suiting up for a busy 2016.

That will be the year the company opens a second showroom, set for Beverly Hills, and plans to launch into the shoe vertical.

The company, which closed last year with $10 million in sales and swung to a profit, is set to double revenue this year.

It’s with that financial performance backdrop, it’s now negotiating space on Robertson Boulevard across from The Ivy for about 1,400 square feet of showroom space for a second physical location open to customers. Another 1,000 square feet outdoors will be used for events.

Beverly Hills follows the opening this year of an Irvine showroom, called The Haberdashery, which bowed when the company moved to new headquarters in the city that quadrupled its footprint there.

“We’re really excited to be on Robertson and to be able to cater to our clientele there,” said cofounder and ceo Vishaal Melwani. “A lot of our guys were driving from L.A. to Irvine. We wanted to be central.”

Combatant Gentlemen, like many of its born-online peers, is able to offer a significant haircut on pricing by selling direct and controlling production. It has its own sheep farm in Italy, for example. The three-year-old company, which was born and bred in Orange County, caters to the Millennial male looking to make brand loyalists out of those looking for a good blazer or suit option for a friend’s wedding or as they enter the professional workforce.

New moves behind the scenes on Combatant Gentlemen’s technology backend saw the transition to a cloud-based platform this year that now provides real-time messaging from the company’s shopping carts to its factory partners, of which there are currently eight.

“Early last year, one of our biggest pain points and problems was managing demand,” Melwani said. “We make our own fabrics. We produce our own product. And now there’s no seasons and people want stuff year around. We have demand 24/7, 365. How do we supply this?”

The cloud-based platform launched earlier this year, developed in-house by the company’s seven engineers. With that transition to the cloud complete, the company can now more easily launch new categories, according to Melwani. The first of those verticals will be shoes, set to roll out early next year with most styles hovering around $99 for a pair.

Combatant Gentlemen tested its footwear product with 150 of its best customers to obtain feedback over the course of a year.

And while the team at Combatant Gentlemen, now at 27 employees, works on 2016, there are still a couple more initiatives to launch before the end of this year.

On Nov. 17 the company rolls out the Summit collection, a higher end suit offering composed of 12 variations.

“Our key player in the space is the $160 suit,” Melwani said. “But what we’ve seen, a lot of our customers they really want to take a deeper step into the suiting world.”

The Summit Collection offerings range from $300 to $450 and Melwani said those pieces compare with items currently on the market in the range of $700 to $1,200.

The company’s also launching a mobile app that allows users to mix and match product to create their own outfits and they can also buy directly through the app.

It’s yet another channel where the brand connects with the consumer. About a year ago it launched a blog that was more online magazine and about providing content on the hottest restaurants or how to give a best man speech at a wedding than it was about commerce. Still, conversion through the blog currently ranges from about 16 to 22 percent. The company also continues to put out a print publication on a quarterly basis, with the third edition set to launch soon for holiday.

“It’s what GQ would look like for the Millennial male,” Melwani said.