As the virus spreads and travel bans with it, West Coast shopping stops for Chinese tourists will be affected in more ways than one.

Were it any other year, Las Vegas would be bracing for one of its busiest convention and retail seasons. But with a new viral outbreak coming out of China and would-be West Coast tourists unwilling or unable to travel, uncertainty is marking a usually expectant mood.

Chinese New Year, or Lunar New Year, is one of that nation’s biggest holidays and one where millions of people travel, domestically and internationally, to dine and shop for a few days or even weeks. Locales like Los Angeles and Las Vegas are very popular for Chinese tourism, with California as a whole each year drawing millions more than New York.

Vegas in particular relies on tourists to drive its economy of hospitality, casinos and shopping, and visitors from China in 2018 made up more than 4 percent of its 5.8 million international visitors, while those from Asian countries altogether made up just under 14 percent, according to the most current statistics from the Las Vegas Convention and Visitors Authority. Chinese visitors came in third behind the U.K. and Australia for most overseas visitors.

Last year, the LVCVA said it expected even more tourists from China to hit the city. But according to its own estimates, updated in August, tourists visiting from China actually fell 9 percent to roughly 237,000. Although more than 92 percent did cite shopping as a reason for their trip, each spending an average of $800 on shopping each. If that average is correct, Chinese visitors collectively spent $189.6 million in Vegas in 2018.

But the number of Chinese visitors is likely at high risk of falling again, if not for 2019 when the LVCVA numbers are finalized, certainly this year as the sudden outbreak of a coronavirus among humans centered in China is turning what is normally an exciting time for holiday travelers into a potential public health emergency. Global fashion stocks are already feeling a squeeze due to the outbreak. The Chinese government has already implemented a total lockdown in a dozen cities, meaning no travel or work, including in Wuhan, the epicenter of the outbreak. Hong Kong and Taiwan have also begun banning flights from the entire province of Hubei, in which Wuhan sits. And now several Western airlines have banned all flights into China, as businesses are starting to ban their employees from traveling into the country.

Repeated requests for comment on how reduced Chinese tourism may affect the many retailers in the Vegas area were not returned by the Retail Association of Nevada, the National Retail Federation and the LVCVA. Retail operations like Simon Property Group, which owns the largest luxury-centric mall in Vegas, The Shops at Crystals, also could not be reached for comment. The mall goes big for weeks on decorations for Chinese New Year, expecting an influx of tourists to come and shop, along with the rest of the town.

Nevertheless, the impact of the coronavirus on the city could be significant. Casinos like the Wynn and MGM, both of which have big operations in Macau, China, (which has four confirmed cases of the virus so far) started pushing Chinese Near almost immediately after the Western New Year with themed decorations and employee dress. Casinos in Vegas are enormous, full of shopping and dining and entertainment options, aimed at keeping visitors inside spending money any way they can.

Sean Maharaj, a managing director of business consulting firm Aarete, noted that a large portion of Chinese tourists actually come to L.A. first, then head over to Vegas as part of their trips. So the number of tourists Vegas stands to lose may be even higher than the numbers reported by the LVCVA. And such tourists are looking to spend on goods that are priced much too high for a typical domestic consumer. “Many Chinese visitors, they say they have no budget on spending when it comes to visiting L.A. and Las Vegas,” Maharaj said. 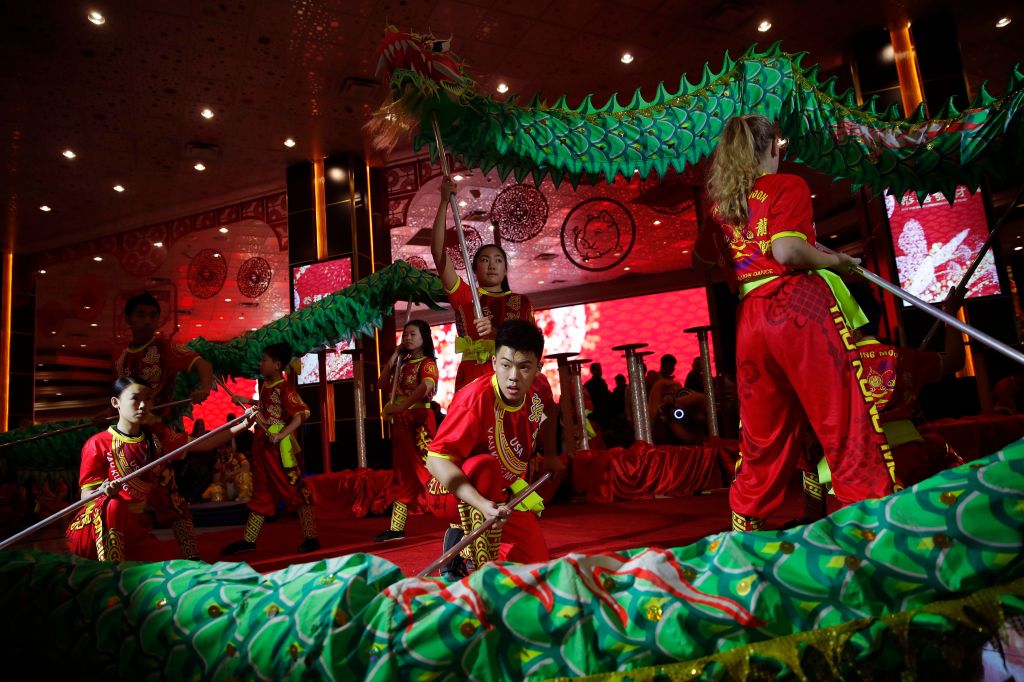 With the Chinese market now making up about one-third of consumers for luxury goods, luxury brands stand to take a sizable hit. “This is a big setback for them,” Maharaj said of the virus.

He noted that the SARS outbreak took a 1.1 percent bite out of gross domestic product for China. But that outbreak was more than a decade ago, when China’s middle class had far less global spending power than it does now and it was not a focus of Western fashion businesses. Moreover, the current coronavirus has already surpassed SARS in terms of the number affected and the breadth of region, leaving the overall economic impact to also be more significant.

“Even just the point-of-entry perspective, if you drill down into that, Long Beach accounts for about 40 percent of goods coming in, primarily from the Asia Pacific region,” Maharaj said. “For a lot of companies, there will be significant impact to their supply chain, at least. As if the tariff thing wasn’t enough,” a reference to the Trump administration’s slapping of punitive tariffs on a slew of Chinese goods.

But even more than a shopping destination now, Vegas is a major hub for all kinds of conferences, conventions and trade shows, hosting more than 21,000 a year and bringing in millions of people from all over the world. Such events are a vital thread of the city’s tourist economy. Vegas boasts 10.5 million square feet of convention space, with even more being built out.

This week, of course, is the Magic trade show in Las Vegas, being held again under one roof at the Mandalay Bay Convention Center. Tom Nastos, chief commercial officer of the fashion division for Informa Markets, which operates the trade show, said the entire space for the exhibit is sold out. Despite the coronavirus, he’s “expecting a positive turnout for this show.”

“It’s business as usual for us at this stage, based upon the advice of the World Health Organization and the U.S. government,” Nastos said.

There is no official restriction on international traffic, but WHO is asking for exit/entry screening from travelers from certain areas. Only five cases of the virus are confirmed in the U.S. so far, while the number confirmed in and around China, including cases in Taiwan and Japan, has grown to 6,000 in the space of a week. Foreign governments, including the U.S., have started to airlift hundreds of diplomats and businesspeople out of Wuhan. Most of those taken out are now in quarantine.

Nastos added that Informa “is an international business and, as you’d expect, they monitor these kinds of situations closely and have specialist teams that stay up to date on official information guidance.”

But there are still concerns among some Magic attendees over the virus. Not necessarily that people will get sick, but about how the growing lockdown in China will affect business in the coming months, from manufacturing to ordering. A majority of apparel and accessories at the trade show are manufactured in and around China.

Anne Harper, founder of OMG Accessories, a brand set to attend Magic, as it has for many years, said her manufacturing out of China has been shut down due to the lockdown. It’s affecting her local business partner and his family as well.

“Basically everything is in shutdown mode,” Harper said of her business operations in China. “Even just one week of being shut down, and usually that’s not just it, but we produce almost 100,000 units a week. Each week it goes on we’ll be unable to produce and order goods.”

Harper, in business for a decade, is used to overproducing, just in case, and is actually just starting to see an increase in order size from retailers she says are beginning to worry about having product in store for back to school, a busy retail season that’s months out. But it’s not enough to assuage her growing concern.

“Not knowing how long the lockdown and delay will last is difficult,” Harper said. “It could affect a lot of orders already in place and they’re all very specific. We just don’t know.”

As for her attendance at Magic, Harper said some employees have expressed mild concerns, but nothing extreme and OMG, as of a few days before the show starts, will still be at its booth. But she is sensing growing concern around travel.

“Overall, the show is going to be impacted somewhat, but it’s really hard to say how much,” Harper said. “So much can change five days from now. If there are 50 more cases that show up in the U.S., that will affect people. And a lot of people that come to the show are the manufacturers, people that come from Hong Kong. It’s a little scary.”