The natural fiber remains a volatile commodity given the swings in demand, competition from other fibers and growing pressure for sustainability. 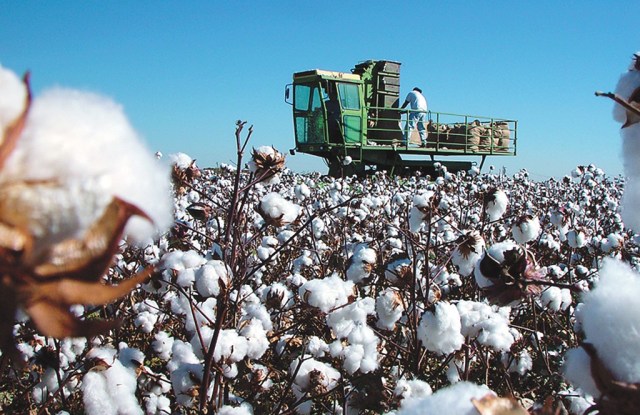 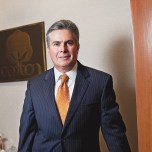 NEW YORK — Cotton prices might have retreated from historic highs earlier this year, but the natural fiber remains a volatile commodity.

The cotton supply chain — from farmers and ginners to mills, manufacturers and retailers — faces long-term challenges such as sustainability, shifting markets, competition for land use and with synthetics, production problems and price stability.

Speaking at an American Apparel & Footwear Association conference at the Fashion Institute of Technology here, experts explained the complexities today of growing and turning cotton into fiber, fabric and clothing, and gave overviews and insights on issues including crop yields, land-use efficiency, environmental impacts, cost structures and price forecasting.

In the area of sustainability, J. Berrye Worsham, president and chief executive officer of Cotton Incorporated, said “We’ve gone from what can be called ‘passive sustainability’ to active engagement that’s embedded in all the areas of our organization involving research and marketing in all the areas of the supply chain, from farmers to manufacturers. We really see it as essential to the longer-term survival of our industry. Helping to reduce the impact of the textile products in which cotton is used as an ingredient is too great a task for any one organization, but collectively we think, working with the supply chain, some great gains can be made. When I think of a cotton sustainability strategy, transparency is an essential ingredient.”

Worsham said specific topics that Cotton Inc. has studied in the area are energy use, soil loss, irrigation, water use, climate impact and land use efficiency.

“In most cases, cotton has had a fairly dramatic improvement,” he said. “Some areas have improved greater than others. For instance, energy use efficiency has had a dramatic increase, whereas land use efficiency has had an increase, but not quite as much. Irrigation systems are more efficient, they have less water loss and less evaporation. Through biotechnology, we’ve seen the development of better, safer pesticides producing better yields.”

Worsham said there could be a doubling or tripling of demand for textiles between now and 2050 based on population growth and the need for the product.

Townsend said there has been a lot of criticism of cotton over the years for its use of pesticides and for being a water-intensive industry. He said the cotton industry has been listening to these criticisms for decades and has pioneered methods of technology to improve efficiency and performance and reduce the environmental footprint to the point that it is considered an “innovator in the agricultural industry.”

“ICAC believes that 60 to 70 percent of all cotton production today is responsible and sustainable,” he said, noting there are pockets, particularly in Central Asia, that need improvement.

Worsham noted that beyond the environmental reasons, sustainability is also good business.

Judith Ganes, president of J. Ganes Consulting, said, “There’s an expression in commodities that ‘the best cure for high prices is high prices.’ Typically when you have prices that soar, it is because there is an immediate need to draw out supply, to curb consumption to avert having a shortfall later on. To encourage farmers to plant more later on they need to be rewarded for the cotton that they produce. At the same time, as prices go up and spiral high, you need to put the brakes on, if not you are going to go into this economic cycle where prices are going to fall back and fall back hard.”

Worsham said, “When you talk about cotton prices, you can’t divorce it from other farm commodities because it does compete against them.”

He said while apparel prices have risen this year after years of deflation in the sector, the rule of thumb is that a 50 percent increase in the cost of a fiber will result in a 3 percent cost at retail.

“This year, we might have seen it go up 5 percent, but other factors affected prices, such as dollar fluctuation,” he added. “The feeling is that it will take a year to two years for that to work through.”

Ganes also pointed out that while the U.S. had a surge in planted acreage this year, it was also hit by the worst drought in Texas history. She said 60 percent of the Texas crop has been abandoned, although higher output from other states has offset those losses. Ganes also said she was concerned that while U.S. sales have increased this season, shipping is behind schedule.