Cotton On Launches The One in U.S.

The company, based in Australia, is targeting the U.S. market with a new women’s clothing line. 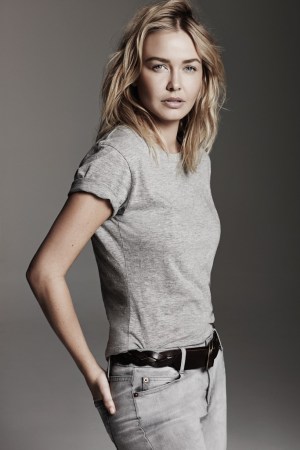 LOS ANGELES — To propel its aggressive plan to nearly double the number of stores worldwide over the next five years, Australia’s Cotton On Group is targeting the U.S. market with a new women’s clothing line.

Cotton On, which operates 1,300 stores in 17 countries for eight brands including its namesake, Rubi Shoes, Typo, Free and Co. by Cotton On, aims to build its five-year-old American business with The One, a group of basic knits that launched Monday. Having opened 124 stores Stateside since 2009, Cotton On is marching toward its goal of 2,300 stores worldwide by June 2019. Last year, it opened 200 stores around the globe. It will enter the Brazilian market at the end of the month, and its largest U.S. store, a 3,516-square-foot unit at Garden State Plaza Mall in Paramus, N.J., is getting a renovation that will reflect the brand’s updated look. California alone makes up a third of its U.S. retail footprint, with 37 stores. While the privately held company declined to disclose its revenues, the retailer said sales have grown more than 20 percent in 2014 from a year ago.

“We have no doubt that the U.S. will play a part in the growth,” said Greer McCracken, a senior manager at Cotton On. “As a country, the U.S. is very much a trendsetter for other markets, like Australia.”

Founded in 1991, Cotton On is the latest foreign fast-fashion retailer to plant a flag in the U.S. It tries to appeal to a 22-year-old shopper with styles that retail mostly for under $70. Among its rivals, Uniqlo is rapidly expanding on the East and West Coasts, and Topshop will be investing $40 million to $50 million in building and fitting out new stores in San Diego, Houston, Atlanta and Washington over the coming year. Cotton On also faces competition from U.S.-based American Apparel and Alternative Apparel, which are multiplying their basic knits and stores across the country.

Retailing from $9.95 to $14.95, Cotton On’s The One features slub, cotton rib and double rib fabrics cut into seven styles, ranging from scoopneck and crewneck T-shirts to tank tops and three-quarter sleeve boatneck tops. The palette and patterns include neutrals and stripes. The line launched in Cotton On’s stores in the U.S. and Germany on Monday. A global rollout will follow on Aug. 1 to stores in Australia, New Zealand, Southeast Asia and South Africa.

To promote the line, Cotton On has signed on Lara Bingle, an Australian model and TV personality, who’s lately been seen on the arm of “Avatar” star Sam Worthington.

“She personifies that laid-back Australian style we’re known for,” McCracken said. “We want to make sure we look different from everyone else and that we are Australian.”