Retailers and shopping centers indicate shutdowns for two weeks though they could be longer depending on the path of the pandemic.

Simon, the nation’s largest developer and mall operator, has decided to close all of its malls, Premium Outlets and Mills centers in the U.S., responding to public health concerns by government officials, dwindling shopping for anything other than essentials, and the mounting number of retailers that already shut down, all in response to COVID-19.

Simon said the temporary closure of all its properties will be effective as of 7 p.m. Wednesday evening and end on March 29. Simon operates about 200 properties.

Following Simon’s action, Unibail-Rodamco-Westfield announced Wednesday evening that it was closing its shopping centers in the U.S. for all but ‘essential’ retail outlets due to the  pandemic. The centers will be closed Thursday, March 19 through Sunday, March 29 or until otherwise instructed by local authorities at which point the URW will re-evaluate the situation.

“Conscious of both the directives and uniform feedback from government, and in the interest in protecting the welfare of our employees, retail partners and the communities we serve, we are making this decision to temporarily close our shopping centers,” said Jean-Marie Tritant, U.S. president of URW. “We have not made this decision lightly, and believe this is in the best interest of protecting our various stakeholders. We look forward to reopening these centers in the very near future. In the meantime, we are doing everything possible to make sure that ‘essential’ retail outlets remain accessible.”

Also on Wednesday, Pennsylvania joined New York, New Jersey and Connecticut in a regional approach to combat the pandemic by ordering the indoor portions of retail shopping malls, amusement parks and bowling alleys in the four states to close by Thursday at 8 p.m. That represented an expansion of Monday’s guidance by New York, New Jersey and Connecticut, which Pennsylvania also adopted, to limit gatherings of more than 50 people. The governors also said restaurants and bars could only provide takeout and delivery service. The governors also temporarily closed movie theaters, gyms and casinos.

“We are doing everything we can as states to reduce density and contain the spread of the virus,” New York Gov. Andrew Cuomo said. “It is critical that we remain on the same page as our neighboring states, and so far we are the only region in the country partnering to create uniform, regional density reduction policies that prevent ‘state shopping.’ We will continue working together to update our regulations and guidance as the situation evolves while keeping a consistent standard across the region.”

Gov. Phil Murphy of New Jersey said a coordinated response effort to encourage social distancing will “potentially slow the spread of coronavirus and save thousands of lives” while Gov. Ned Lamont of Connecticut said, “This is a fast-moving and quickly evolving public health emergency, and making these kinds of important decisions as a region makes more sense than a patchwork approach.”

“Pennsylvania is working aggressively to mitigate the spread of COVID-19. A regional approach to this threat is smart,” said Pennsylvania Gov. Tom Wolf. 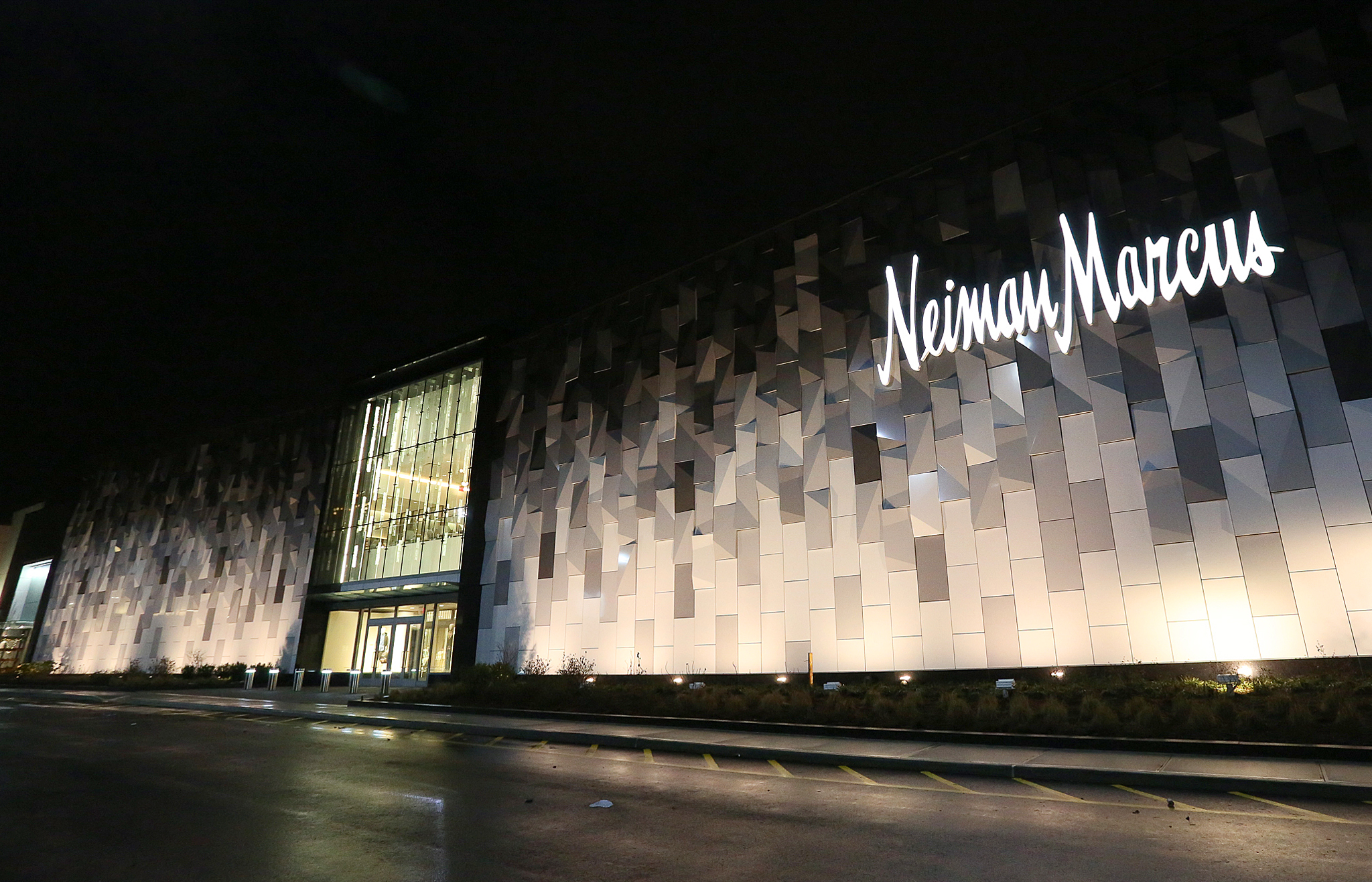 Neiman Marcus at the Roosevelt Field Mall in Garden City, N.Y. The mall and store have temporarily closed due to COVID-19.

Simon’s decision was made after “extensive discussions” with federal, state and local officials and in recognition of the need to address the spread of COVID-19. “The health and safety of our shoppers, retailers and employees is of paramount importance and we are taking this step to help reduce the spread of COVID-19 in our communities,” said David Simon, president, chairman and chief executive officer of Simon.

Industry analysts from Jefferies Equity Research on Monday visited one of Simon’s largest and most productive properties, the Roosevelt Field Mall, in Garden City on Long Island. “The visit was as expected: a ghost town,” Jefferies reported.

Another high-profile shopping center, Bal Harbour Shops in North Miami said late Wednesday afternoon that it will temporarily close beginning Thursday, March 19, at 5 p.m, until further notice. However, Bal Harbour’s restaurants will generally remain open for takeout and delivery services only. The luxury center said it was temporarily shutting its shops by order of Bal Harbour Village.

Throughout Wednesday further retail closings were disclosed among them, J.C. Penney said it’s temporarily closing all of its business offices and its 850 stores effective 7 p.m. local time through April 2. “With the effects of the outbreak being felt more each day, our primary concern and area of focus is and has been on the health and safety of our associates, our customers, and our communities,” said Jill Soltau, ceo. “We know this is a critical, unprecedented time and our thoughts are with those who have been impacted.”

On a smaller scale, MCM said it was temporarily closing all of its 21 stores starting Wednesday evening for two weeks. Patrick Valeo, president of MCM, the Americas, said, “We will evaluate reopening based on the updated information as it evolves. All of our associates affected by the store closures for this two-week period will be provided their full pay and benefits.”

However, groceries, pharmacies and big box chains like Walmart and Target, remain open for business in many cases with reduced hours and special services to accommodate older people. 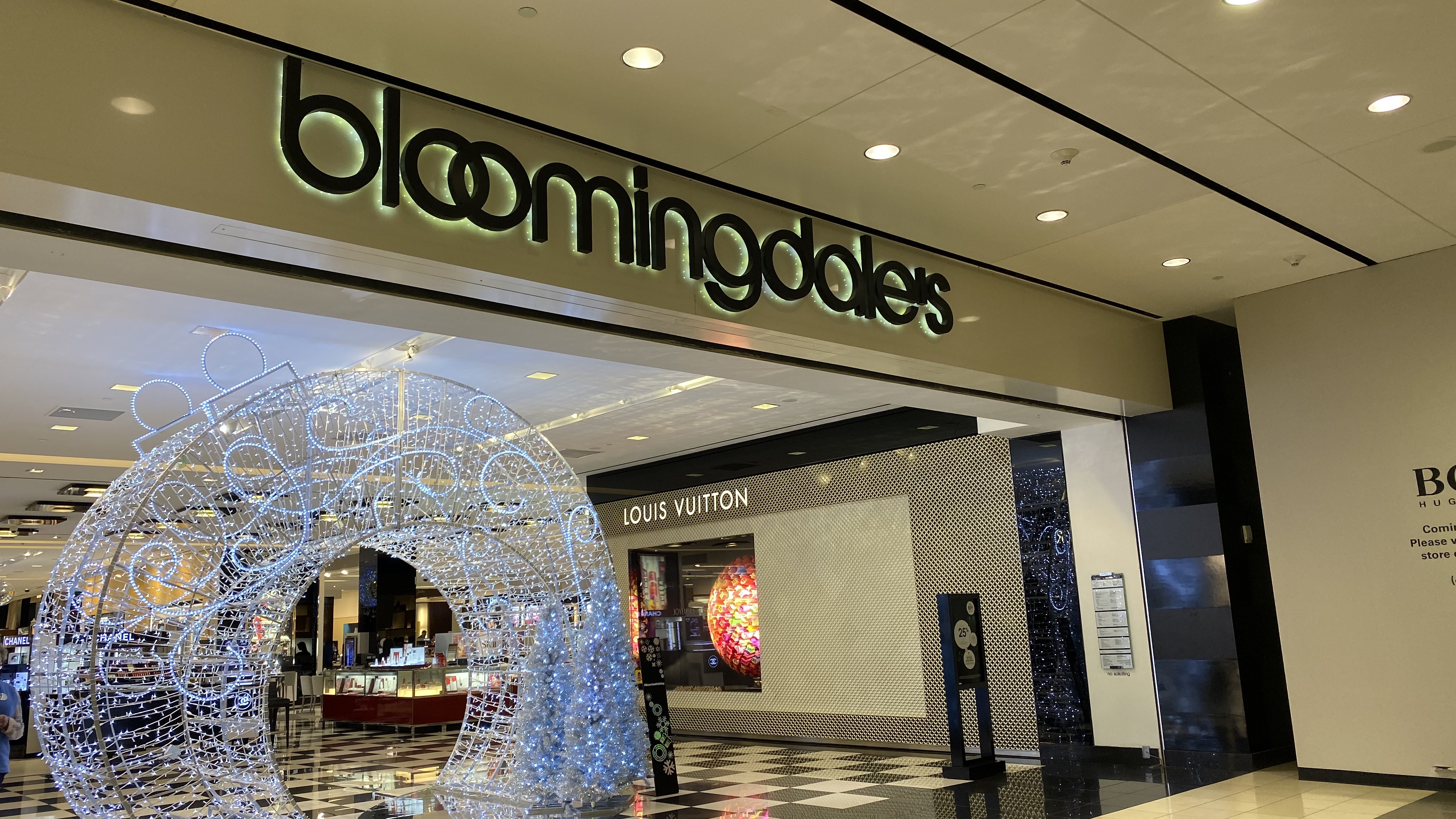 Bloomingdale’s at the Westfield mall in San Francisco, Calif. Both the store and the mall have closed due to the pandemic.  Adriana Lee