Critical Mass: Beauty to Be Top of Mind at NACDS 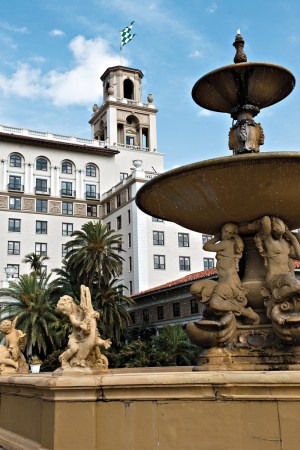 NEW YORK — President George W. Bush will make a rare speaking engagement at the National Association of Chain Drug Stores’ Annual Meeting this week, and he is a fitting choice, as the mass market cosmetics business is showing its first healthy sales gains since his early days in office.

Drugstore cosmetics sales rose 4 percent between 2002 and 2003 to $1.7 billion. Similarly, this year the category has gained 3.5 percent, according to data from Symphony/IRI Group, following depressed sales between 2009 and 2010.

But just as his presidency was marked by economic ups and downs — the most severe downturn ignited by the shock of the 9/11 terrorist attacks — retailers coming to the meeting at The Breakers in Palm Beach, which begins Saturday, ponder industry changes that can reshape the nature of their business.

“With its focus on the intersection of business, politics and policy, the NACDS Annual Meeting has established itself as the premier event for leaders in retail, pharmacy and the supplier community. President Bush’s participation as the keynote speaker in 2012 reflects and advances this event’s impressive legacy,” said Steven C. Anderson, NACDS president and chief executive officer. “President Bush led the U.S. response in some of the most critical moments in our nation’s history, and we are eager to hear his remarks at a time of no less uncertainty.”

While beauty sales are thriving, it is a challenging time for the trade channel. “Former president George W. Bush will address NACDS at a most auspicious time for both the health care and beauty industries. Drug chains, such as Walgreens, are battling against managed care providers and have built new stores less dependent on the pharmacies,” said industry consultant Allan Mottus. “In midst of this political turmoil in health care, the beauty industry is consolidating and becoming less dependent on drug chains and, assuredly, the potential acquisition of Avon by Coty could be devastating on these retailers.”

More than 25 beauty marketers, and close to 60 retailer companies, will sit down in cabanas situated along the Atlantic Ocean over the four-day meeting and hammer out what the future of beauty in drugstores will look like. Should retailers continue to go more upscale with premium brands? Or should they be concerned with the exit of Beauty 360 and what that could mean for moving up in price points versus catering to a value-conscious consumer.

Coty’s quest for Avon has ignited speculation about the future of the direct marketer. “Coty could use Avon’s sales representatives to sell its products,” said Mottus about one reason Coty wants to ring Avon’s bell. He said that reps would be instrumental in foreign countries where Coty’s celebrity fragrance business is not as healthy as in the U.S.

Avon’s hiring of former Johnson & Johnson executive Sheri McCoy its incoming chief executive officer will also play into the meeting — McCoy is scheduled to open one of the day’s business sessions.

Unofficially, the meeting kicks off tonight with a private Revlon reception and gets into full gear Saturday morning when retailers, including Walgreens’ Joe Magnacca, CVS’ Judy Sansone and Family Dollar’s Michael Bloom, discuss how suppliers can expand their business within their chains. In total, more than 2,100 industry executives will attend the event — considered the gold standard of industry brainstorming. Entertainers scheduled to appear include Chris Isaak and The Moody Blues. Celebrities are expected such as swimmer Dara Torres, the brand ambassador for AmLactin.