Aiming for New Lengths: Nail Trends Heat Up in 2013

Manufacturers and retailers are clawing their way to a bigger share of booming sales in the nail-care business. 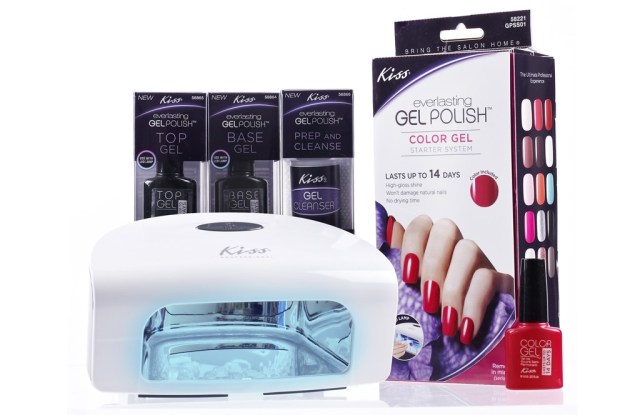 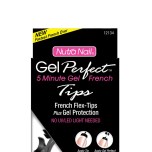 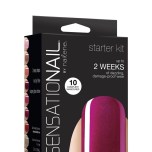 NEW YORK — The talons are coming out in the $1.6 billion nail-care business as both manufacturers and retailers claw their way to a bigger share of booming sales.

“It really is a scramble with all fighting to see who can get more of their fair share,” said Joel Carden, executive vice president of Pacific World, marketer of SensatioNail, one of the first gel kits to hit retail shelves.

There’s a lot at stake: The total nail-care business in the mass market expanded 16 percent during the 52-week period that ended Dec. 2, tracked by SymphonyIRI Group (including Wal-Mart). Polishes are the driver with sales hitting $768 million, a gain of 32 percent over 2011. That compares with a 4.3 percent gain for the entire mass market cosmetics business in the same period.

RELATED STORY: Holiday Points to an Uncertain Year for Beauty >>

Statistics provided by manufacturers indicate that 33 percent of women surveyed have at least 25 bottles of nails polish. And in a rocky economy they appear to keep buying them as an inexpensive way to freshen their look.

“Nails are still strong for spring,” said Janet Taake, senior vice president of merchandising at Ulta, who identified both sandy and matte textures as emerging trends.

Beyond polishes, buyers are excited about the potential of nail stickers and at-home gel systems. “The hot trends continue to be alternative ways to spice up your manicure with designs and patterns,” said Grace Tallon, senior vice president marketing for Kiss Products, which offers artificial nails, nail dress (or decals and strips) and gel manicures.

Gels, in particular, mimic the salon experience and present a huge opportunity, said Marwan Zreik, senior vice president marketing and research and development for SensatioNail. Gel products represented only 3 percent of overall nail sales in the beginning of 2012 and rose to 7 percent in the last four weeks of the year, spurred by holiday gift buying. Experts think gels will soon comprise 15 percent of overall nail sales. Currently, the at-home retail gel market is pegged at $25 million.

While retail brands rooted in the professional business — including Red Carpet Manicure, Pacific World and Kiss Products and Coty’s Sally Hansen — are among those leading in gels and nail dresses, industry sources expect at least one or two major brands to enter the fray within the next two years. Retailers wonder whether they will be too late to the party, but for now they are full speed ahead on nail with CVS Pharmacy, Shoppers Drug Mart, Rite Aid and Walgreens creating destination areas for the segment.

For its part, CVS has created Nail HQ nail departments in 2,000 stores to date. They feature in-store kiosks with easy access to hot nail trends and product innovations along with a wide array of new shades. Color strips on displays help consumers see the true shade. “Nail care sales are booming, with a 40 percent increase over last year. It’s clear that customers are constantly looking to find the latest innovations that the category has to offer,” said Cheryl Mahoney, vice president of beauty for CVS Caremark Corp.

According to CVS’ statistics, nail care sales increased 40 percent since 2011, and the category has grown by double digits each year since 2008. The chain expanded its exclusive brand Nuance Salma Hayek with a 32-stockkeeping-unit Nail Lacquer collection late last year. CVS’ Beauty Club fans frequently engage in nail how-to’s, even uploading their own nail art for inclusion in photo albums.

Realizing gels aren’t for all consumers, nail-care manufacturers offer alternatives such as nail dress stickers or polishes that provide a gel look. Polish market leader Sally Hansen boldly revamped its Complete Salon Manicure color line with a time-release, protective shine enhancer for a gel look. There are 49 shades, retailing for $7.99 each. Also, Sally Hansen is kicking off a campaign called “I Love Nail Art” to promote creative nail designs.

CCA Industries’ Gel Perfect is what Dunnan Edell, chief executive officer and president, calls a “hybrid” because it is a polish with a gel effect without the need for an LED. “More importantly, it dries rock solid and more completely so it is ding-proof,” he said of the product that retails for $6.99. To build upon the success, CCA is rolling out Gel Perfect French Strips and Tips.

Decorative wraps applied to nails are also big business for Kiss, which is introducing a new, dual-end product that allows users to have a full-pattern manicure or a patterned French, which means women can get two looks in one package. Red Carpet Manicure also just added appliqués, gems and glitter products available at Ulta.

“It is about time Revlon and other major players started taking back the nail-color business,” said one retailer, who asked not to be named. “They let it slip by.”

Ulta’s Taake also thinks the future belongs to products that bring health benefits resembling what BB and CC creams have done to the face to the nail business, such as peptides to encourage strong nails. One indie brand, Duri Cosmetics, in fact, just snared a deal to ship its Rejuvacote to more than 2,700 Wal-Mart stores. The product is said to ward off dryness and stimulate nail growth. Retailers hope that growth isn’t only nails themselves, but nail care sales, too.

“Retailers are supporting the variety of brands and technologies. They don’t believe the business is slowing down,” said Barry Shields, marketing manager for Innovative Beauty Group, which markets Red Carpet. Also, more technology is in the pipeline to sustain growth. “Today we have 74 stockkeeping units; next year we will have 138. We’re going to help the consumer take it to the next level,” said

Shields. Specifically, Red Carpet Manicure recently added a USB port to its portable LED lights that cures gel nails. The company said it is the first of its kind on the market.