As they deck their aisles for holiday, mass-market beauty retailers are looking to do more for shoppers who have less. 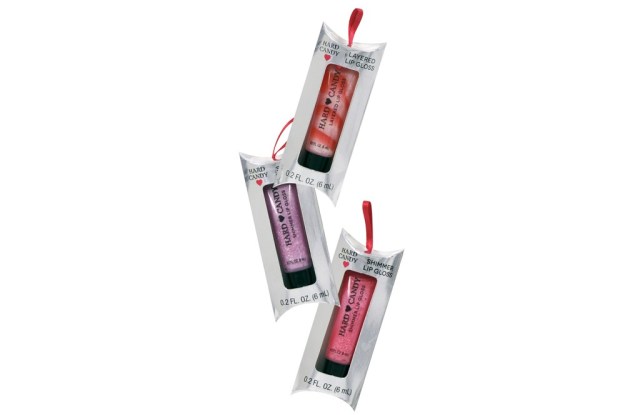 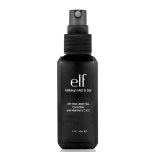 As they deck their aisles for holiday, mass-market beauty retailers are looking to do more for shoppers who have less.

A stalled economy and rising expenses, coupled with woes stretching from Ebola to ISIS, have shoppers keeping a tighter hold on purse strings than last year. The rash of data security breaches hasn’t boosted consumer interest in shopping, either.

PricewaterhouseCoopers estimates average holiday spending per household will fall 7 percent from $735 in 2013 to $684 this year. Moreover, there is a bigger gulf between the haves and the have-nots.

“The spending divide among shoppers is widening, creating two distinct groups that we are tracking — Survivalists and Selectionists — and retailers must cater to both segments,” said Steven Barr, U.S. retail and consumer practice leader at PricewaterhouseCoopers. “With shoppers coming to expect a seamless omnichannel experience, deals to woo them into stores and [consumers] having no tolerance for another season of data privacy invasion, it’s a complex retail landscape that retailers need to master — or they risk losing loyal shoppers.”

Mass retailers are zeroing in on those who have less to spend this year with plans to be more value-driven than ever. Twenty-five percent of Americans earn less than $30,000. The Federal Reserve’s recently released triennial Survey of Consumer Finances found incomes for the bottom 20 percent of American families dropped 8 percent from 2010 to 2013, the largest decline across all segments.

“It is this entrenched lower- to- middle-income shopper that we must engage,” said Wendy Liebmann, chief executive officer of WSL Strategic Retail. “Big beauty-care-category companies can’t afford to ignore them.”

Larry Levin, executive vice president of IRI, added that economically challenged shoppers are trading down from premium brands in beauty.

What that translates into as stores prepare for the holiday will be more buy-one, get-one deals, sharply priced and fewer beauty gift sets and more special deals for loyal customers. NuWorld president Stu Dolleck uses his partnership with the Hard Candy exclusive at Wal-Mart as an example. “We try to deliver creativity and uniqueness at incredible prices [for which] you’d pay four times as much at specialty or department stores,” he said of the 298 stockkeeping units with average prices of $6.50. The holiday offers are mostly under $10. “We are trying to bring true value gift sets of products that women will really use,” said Dolleck.

What’s at stake this season and for shopping trends in general is the expanding base of lower-income shoppers migrating to value stores, which sell lower-price-point beauty items. In fact, IRI data reveal dollar stores delivered 4 percent gains in beauty.

Consumers’ interest in value is so strong, it sparked the recent battle between Dollar General and Dollar Tree to acquire Family Dollar, a deal that is stalled under a Federal Trade Commission investigation.

Family Dollar is aggressively pursuing beauty shoppers, as evidenced by an event due to take place today in New York, where the chain is expected to host some of the nation’s top beauty bloggers. In particular, the invitation-only gathering, called Family Dollar Fabulous, will show off the array of suppliers targeting African-American shoppers. Actress Vanessa Williams will provide beauty tips, share insights and answer questions, according to Jason Reiser, chief merchandising officer for Family Dollar. Value stores make it clear that beauty is a business they want. Family Dollar has enlarged its assortment, sometimes doubling square footage. Tom Vellios, founder and chief executive officer of the up-and-coming youth-oriented value store Five Below, said, “Beauty builds baskets.” Stores such as Five Below are already getting aggressive this holiday season, with Christmas merchandise on display before Oct. 1.

There are beauty companies cognizant of the need to curry favor from the low-income consumer. During a presentation in July at Total Store Expo, Jessica Kalinger, Coty Beauty’s director of consumer marketing and shopper insights, said her company noticed a “growth trajectory” over the past three to four years in value retailing. “We took a step back and investigated what within beauty was causing these dynamics.” Three areas were singled out: Hair care, which she said delivered two-thirds of dollar growth within the last year; nail, which, thanks to increased distribution expanded, 3.8 percent, and color cosmetics, which grew 2.7 percent to about $6.4 million (just in dollar stores).

Unilever was also ahead of the curve and will have merchandise in line with holiday needs as well as day-to-day merchandise for shoppers with money challenges. “There is clearly a low-income segment,” said Gina Boswell, Unilever’s executive vice president of personal care, who cited the number of homes on food stamps as an example. There are approximately 23 million people on food stamps in an average month, according to the USDA, or roughly 20 percent of the population, up 3 percent from 2012. “We, as a company whose vision is to make people’s lives better, must deliver against that.” Among the solutions are smaller package sizes, samples and a range of price points. Unilever’s portfolio stretches from $1.99 to $20.

“Digital and social present us with unique opportunities to interact with consumers on a personal level,” Boswell added. “This is truly a space where we can tailor communication to meet individual needs and speak to them about what matters most. The challenge will be how we work with our retailers to create customized programs and take an omnichannel approach to reaching individual consumers with the right messages at the right time.”

Other beauty brands are offering more trial or smaller-size packages so retailers can offer entry price points. And retailers such as CVS are adapting merchandise assortments on a store-by-store basis tailored to the financial complexion of each market. Retailers said they are able to better do this thanks to the wealth of consumer data they have gathered through point-of-sale and loyalty clubs.

Beauty is a department that mass retailers feel they can dominate for value, especially with the increase in quality cosmetics at more affordable prices.

Mona Monaghan, chief sales and marketing manager for Milani/Jordana Cosmetics, advised retailers to understand the psyche of financially strapped consumers and select brands accordingly. “They can’t afford to take risks and make mistakes,” she said. “Many women are not out of the recession. Money is dear; jobs are not prevalent.”

Not surprisingly, added industry consultant Allan Mottus, the brands with robust growth are sharply priced. “The E.l.f.’s of the world are where the growth is at the expense of major brands, which consumers just can’t justify with the extra cost,” explained Mottus.

One top retailer summed it up: “We need to address this issue because shoppers shouldn’t have to sacrifice grooming needs or their health to pay living expenses.”