The brand aims to improve on its core strengths with a full onslaught of products. 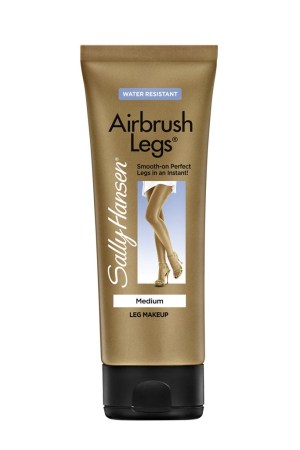 NEW YORK — Coty Beauty’s Sally Hansen brand aims to improve on its core strengths with a full onslaught of products set to launch in 2013.

A few standouts include a reformulation of Complete Salon Manicure — the effort includes a new brush and expanded shades — and a lotion form of Sally Hansen Airbrush Legs Leg Makeup.

“Sally Hansen is the brand of choice in nail color and treatment,” said Annette DeVita, vice president of marketing for the brand. The numbers tell the story — in drugstores alone, Sally Hansen is posting sales gains exceeding 20 percent and has three times the volume of the next biggest brand, Revlon, according to data from Symphony/IRI Group.

DeVita said consumers have an insatiable appetite for nail colors and nail art with many even posting their creations online or on Instagram. The company will support the nail craze with contests and themes in stores under signage that reads, “I Love Nail Art.” Sally Hansen’s nail ambassador Tracylee created several of the looks featured in the campaign.

The revamped Complete Salon Manicure has time-released protecting shine enhancers to provide a gel look manicure without a gel. The brush is also rounded to fit the curve of cuticles. There are 49 shades retailing for $7.99 each.

“I am [pleased] about this addition to the line. I felt strongly about it,” said Tracylee of the drops that dry nails in a minute.

Sally Hansen has teamed with several designers who use its products for fashion shows. Makeup artists also clamor for another Sally Hansen item for shows — Airbrush Legs Leg Makeup. “We get so many calls during fashion week,” said DeVita, referring to the item. Noting that some users don’t feel comfortable with the spray option, a new lotion will roll out next year. The new liquid makeup retails for $13.99 and is available in four shades. DeVita believes it will not cannibalize from the spray, rather add more users.

Waxing is another category where Sally Hansen has market dominance. “The number one reason people don’t use at home removers is because of fear of pain,” said DeVita, who said the new wax kits feature pain-relief technology. Included in the kits are benzocaine wipes to reduce pain.

The new product lineup for 2013 is rounded out with a new Colorfast Tint and Moisture Balm (an item retailers think will benefit from the lip hybrid craze), lip treatments, new implements including a double ended groomer that works on cuticles and a Smooth & Perfect Hand Crème.