Her celebrity status gave her access to some of the best doctors, dermatologists and aestheticians in the world. 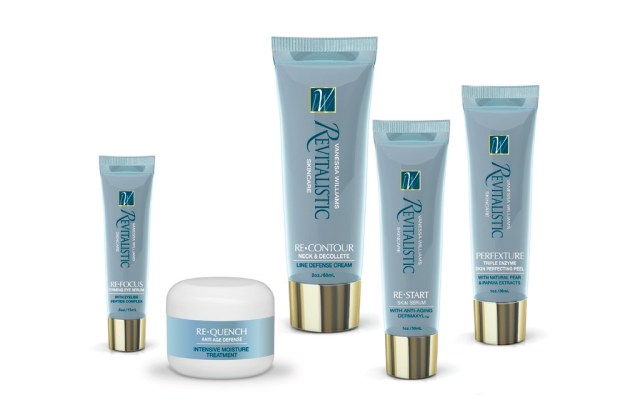 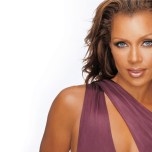 Her celebrity status gave her access to some of the best doctors, dermatologists and aestheticians in the world, resulting in solutions she wants to make available to as many women as she can.

“I’ve decided to share my secrets,” said Williams, who has made her mark in virtually every facet of entertainment — acting, singing, dancing, producing and now publishing with the release of a book coauthored with her mom called, “You Have No Idea.”

She’s constantly asked by fans to share her skin care regimen, and beginning Aug. 3 she’ll do so on QVC when she launches ReVitalistic Skincare.

Industry sources said the five-stockkeeping-unit collection could produce first year retail sales of $10 million and open the door for an expansion into color cosmetics and a possible fragrance launch.

Williams selected QVC because of its broad reach and the convenience of reaching women in their living rooms. Following the TV launch, plans call for a brick-and-mortar rollout on a national basis, but Williams would not specify what stores.

For now, she’s squeezing in appearances on QVC with a busy shooting schedule for ABC’s new series “666 Park Avenue.” In addition to the launch on Aug. 3, she will appear on another segment on Aug. 18. “Hopefully, they will let me come back for more,” said Williams.

QVC shares in the enthusiasm for Williams’ skin care launch. “We are very excited to be working with Vanessa Williams on her debut skin care collection at QVC. In beauty, we are very selective with our celebrity concepts and products. We were drawn to Vanessa’s project because her passion and dedication are quite impressive,” said Claudia Lucas, QVC’s director of beauty merchandising. She added that Williams’ understanding of skin care and ingredients and her “personal journey in creating her own skin care line” will resonate with QVC customers.

Williams, who is a mother of four, said she has a hectic schedule, which made it more important for her to create a line that is easy, not time intensive, and suitable for all skin tones and ages. “Living in the moment is something I always strive to do, hectic schedule or not. So, when the parts were put in motion to launch this skin care line, I knew it was something I wanted to accomplish, wholeheartedly, no matter what else I had going on,” she said.

Williams said she was very hands on, compiling ingredients from her own skin care regimen formulated by many of the world’s best skin care experts. “These are the greatest hits that have worked for me as I’ve aged,” she said comparing formulas to hit songs. “I’ve taken proven skin care concepts and improved them. I am involved in every aspect of it, from the name, the color palette of the packing, the logo and the ingredients. It has been a labor of love and I have loved working on it for years until I knew it was perfect,” she said.

The main ingredient is a patented antiaging oligopeptide complex that was selected for its wrinkle-fighting properties. The technology also includes hyaluronic-filling spheres designed to attract moisture, thus smoothing the appearance of the skin. The products can be worn as primers and under foundations. A special touch is a ginger scent and a quick-absorbing formula. “Texture matters to me whenever I put a product on my face, so I’ve created rich, luxurious blends with a smooth complex giving a weightless feeling,” said Williams.

QVC offers other skin care brands — including Philosophy, Kate Somerville, Perricone MD, Erno Laszlo, Josie Maran and StriVectin — but Williams believes hers will appeal to shoppers in the “same boat” as she was years ago, searching for a “magic potion.”

She’s no stranger to putting her celebrity power to work for brands, including Proactiv, a skin care line she represented on infomercials, as well as Allergan’s Botox. She credits Proactiv with getting her “skin on track,” but acknowledged that as she’s aged her skin has changed.

“I’ve tried to age gracefully in front of the camera. The gradual upgrade to high-definition video became brutal for beauty, thus exposing all my flaws. I tried everything from attention to lighting to precise makeup, but despite all the tricks, my skin had to endure intense scrutiny by millions. I needed products that were effective in reversing the signs of aging, sun damage and years of travel and makeup. I couldn’t find anything that worked for me,” she said. “So I decided to create my own.”