Located at 185 Boulevard Saint-Germain, the revamped venue is four times larger than the previous store. 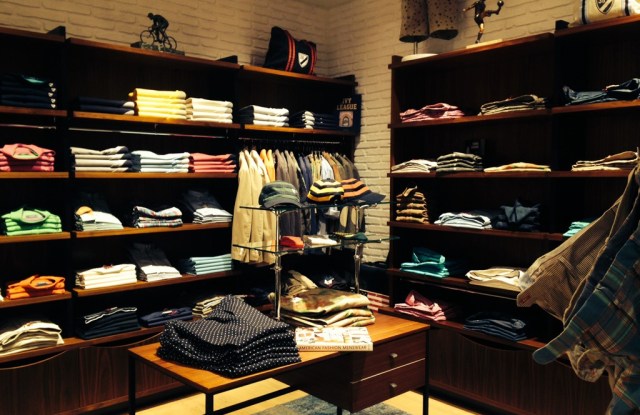 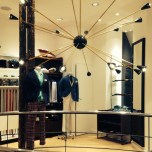 PARIS — “It’s like a small department store with only one brand,” said Stéphane Crémieux at the opening of the company’s new Paris flagship here last week.

Located at 185 Boulevard Saint-Germain, the revamped venue is four times larger than the previous store and carries all the brand’s men’s wear lines as well as accessories, including Crémieux’s new eyewear collection, handmade in France, which it launched in cooperation with Visioptis earlier this year.

The French preppy-chic label is on a global expansion move. Six new stand-alone shop openings are slated for 2014, in addition to nine shops-in-shop, which it will launch in partnership with Liverpool, the Mexican department store.

At the same time, Crémieux’s original Saint-Tropez unit is expected to double in size.

Stéphane Crémieux, whose father founded the label in 1976, said although the U.S., where the brand operates via an exclusive agreement with Dillard’s, is its fastest-growing market, Europe has much potential, too. “The economy here is difficult, but we are very optimistic,” he said, announcing plans to set up flagships in the Netherlands and Sweden in 2015.

The brand, whose men’s wear lines generate 95 percent of the business, is betting on the Millennial customer and is targeting him with a skinnier, sportier fit along with a made-to-measure service made in Italy, for which it has seen strong demand. “It now makes up 30 percent of our tailored clothing business,” Crémieux said. “It’s like a car: Customers want to have their own buttons, their own lining, and we like to be on trend.”

Following the launch of its women’s wear line in 2013, the Paris store will offer a small women’s capsule collection in spring 2015, patterned after its shirts and sport coats, but with a more feminine cut.

According to Martin Miller, who has been representing the label in the U.S. since he discovered it in Saint-Tropez 20 years ago, Crémieux is expected to grow “more than 25 percent” in 2015.