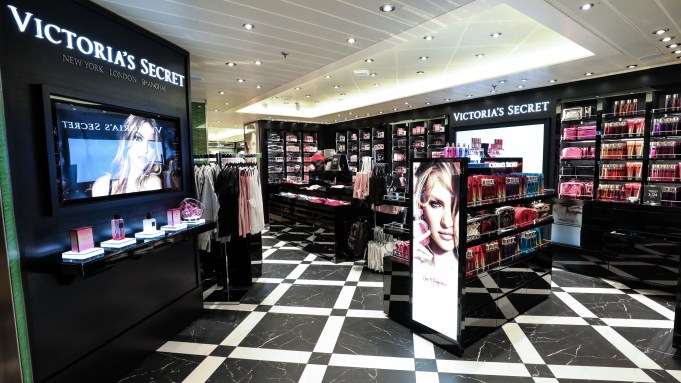 At least one onboard cruise retail operator seems to have figured out the value-creation proposition — experience and discovery — that on-land, brick-and-mortar stores haven’t yet been able to do in the new age of shifting consumer shopping preferences, and it doesn’t have much to do with technology.

Beth Neumann, president and chief executive officer of Starboard Cruise Services, is quick to acknowledge that she has the advantage because her onboard retail teams can build relationships “in ways we can never do on land, where the focus is transactional and often times no more than two hours long.”

Starboard, which is celebrating its 60th anniversary this year, was acquired by LVMH Moët Hennessy Louis Vuitton in 2000. Neumann, who joined the firm in 2013, described cruise retail as a segment that is “under the radar, even within LVMH.”

Neumann initially wasn’t so sure about the sector when the job opened up. “I thought about what’s the value creation and where are we with cruise retail. Many people in the retail industry have never been on a cruise ship. When I was asked to look at this, I hadn’t sailed in 25 years and didn’t know what the opportunity [could be] in retail,” she said. Then came a stay on a mega ship while Neumann was thinking about the opportunity, along with the stories about “relationship selling.”

That led to a conclusion about experiential retail that has underscored execution strategies across 10 cruise lines with different retail points of view, more than 700 onboard retail shops and more than 2,500 employees operating on more than 90 cruise ships: “Retail inherently is all about the experience; the joyful experience of being on vacation involving a time to learn and discover, and then bringing something home [as a memory] of this joyful vacation.”

The retail selling perspectives range from high-end luxury experiences at Silversea Cruises and Crystal Cruises to modern luxury and celebrity-focused shops at Royal Caribbean and Holland America, to name a few. On Wednesday, Starboard will showcase its next big retail experience on board the Carnival Horizon, the new mega ship from Carnival Cruises that is docked at the Manhattan Cruise Terminal.

According to Neumann, Starboard is launching five mega ships within the next year. The onboard retail square footage ranges from between 8,000 and 10,000 square feet, with the boutiques averaging about 400 square feet. Some brands the retail operator works with include Bulgari, Cartier, Tiffany & Co., Dior, Victoria’s Secret, Citizen Watches and Le Vian. She believes the mega ships are the next big trend in the cruise industry, as well as onboard retail.

According to Statista, the U.S. is one of the largest cruise markets in the world, with revenues expected to reach almost $31.5 billion by 2020. The projection of revenues in the cruise industry worldwide is $35.5 billion, with the North American market accounting for more than half of the total number of guests globally. Cruise Lines International Association, the largest cruise industry trade association, last month projected 28 million passengers on cruise ships for 2018, on a global basis. The CLIA said there were just 17.8 million passengers in 2009. It also said demand for cruising has increased 20.5 percent in the last five years.

The Starboard team works with the brands to train its retail associates, who are employees of the company. Starboard works with the brands to design the retail space, as well as determine appropriate pricing for passengers. Neumann said while her teams work with many brands to provide unique merchandise for the cruise ships, there’s always the chance some items might be available at the port shops and pricing needs to be comparable. “What’s important is that we are duty-free, and because we are tax-free, that means a savings of at least ten percent versus [the cost] on land,” she noted.

While LVMH doesn’t separate out the bottom line of each of its businesses, Starboard’s profits are based on earnings after deducting the wholesale costs for the merchandise in its stores and other overhead expenses, such as rent to the cruise lines for the retail spaces and staffing costs.

For Neumann, the secret sauce is execution. “Our big focus is on making sure the stores are highly experiential. We set them up around the idea of a lifestyle experience. A liquor store on board is set up like a bar. You can buy a variety of different items, not just bottles. We have them discover new brands, there are special tasting nights and events that explain why bourbon is called bourbon. We set up shops as places where you want to hang out,” she said.

That’s where the ceo said her team has the advantage over on-land shops, noting that it’s far easier to curate the experience and develop a relationship with the passengers over a voyage that could last from two weeks to a month.

Each category has a different focus. In the beauty category, there is a beauty bar, where the big attraction is facials. There are also games — because cruise ships are about entertainment, playing and having fun — such as Truth or Dare, as well as an iPad app that lets passengers find their favorite fragrance. For Dior, a favorite event on the celebrity ships is the Master Class, where a master beauty expert does makeovers for guests, as well as talks about day looks and night looks.

In jewelry on the Carnival Horizon there’s a “Make Your Own” jewelry party — along with drinks and Champagne — using Swarovski charms, but on a luxury ship that experience more likely would involve time spent using the tools of a Swiss watchmaker. A highly experiential event might include an actual jewelry designer on the ship helping passengers design a piece just for them that commemorates the trip, Neumann said.

Fashion plays a smaller, but growing role, mostly due to storage constraints, and there have been fashion shows on board, with the designer present to talk about the line. What does work are capsule collections on the accessories front, such as fine jewelry, small leather goods and Swiss timepieces. Some special items include Tag Heuer products that are specially numbered for the ship, or that feature the ship’s logo.

Neumann said the shops and experiences are refreshed every 18 months because that’s when they start to see repeat guests on the ships.

The top three takeaways Neumann has learned about onboard retail could easily be a page from Retail 101 for on-land retail: experience, human interaction and unique products.

“People are buying the experience, they’re not just buying things. Retail needs to be a destination that people choose to go to, not only for things to buy, but for the incredible experience whether to learn or discover. It’s high-touch hospitality.

“Another thing that’s clear from cruise hospitality is that people do want that human interaction with each other. It’s about building a strong relationship in a genuine way that makes them feel special and no technology could ever change that.

“And passengers, particularly on the luxury cruises, want something unique. It’s about different customizations for each person. Hospitality is about people feeling that they are individually served,” Neumann explained.