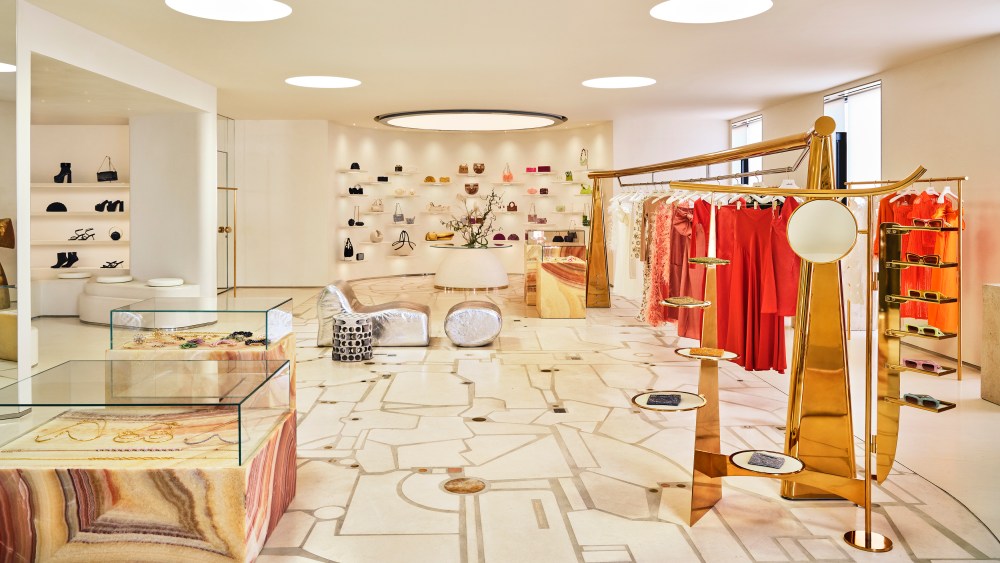 More than 10 years ago, Jasmin Larian Hekmat started making goddess-inspired flower crowns for friends as a hobby while still a student at the Fashion Institute of Technology in New York.

Those flower crowns morphed into the Ark bag, an airy half-moon-shaped bamboo handbag that grew to become a “must-have” among Instagram influencers, helping to launch the Cult Gaia label in 2012.

Hekmat has expanded the handbag brand, named for the goddess of Mother Earth and daughter of chaos, into shoes, jewelry, apparel, swimwear, accessories and children’s clothing from her headquarters in Los Angeles where she grew up. Her mother, Angela Larian, is a sculptor, and her father, Isaac Larian, is chief executive of MGA Entertainment, the toy company that makes Bratz dolls. (Yasmin, one of the four original Bratz dolls, was named after Jasmin.)

Last year, in a truly family affair, Cult Gaia partnered with Bratz for a capsule clothing collection inspired by nostalgia and Y2K.

After more than a decade of making items inspired by femininity, nature and modern, architectural lines sold online and to other retailers, Cult Gaia picked L.A. to open its first flagship at 8440 Melrose Avenue, near the under-construction Gucci store once occupied by Marc Jacobs and across the street from APC, the French ready-to-wear brand. Down the road is Glossier, a mammoth makeup store bathed in light pink.

The Cult Gaia space incorporates the brand DNA of organic femininity and simplicity. Hekmat worked with the design duo of Alexis Brown and Anno Mille to shape the look of the interior.

The furniture is sculptural, including a table with a base shaped like a breast. The glass top has a space to place flowers. An oversize mirror on one wall amplifies the space where colorful shoes line the shelves.

“This is really an opportunity for us to show the breadth of our creativity and our work,” said Hekmat, who is a member of the Council of Fashion Designers of America. “Gaia is welcoming you to the world of attainable luxury. So many of the pieces we make are handmade and beautiful.”

Cult Gaia’s resort-influenced collection, which is particularly popular among the 18-to 35-year-old crowd, is made all around the world in India, China, Vietnam, Turkey and Portugal but designed in the U.S. where the brand has 60 employees.

Hekmat said business has been good, singling out New York, L.A. and Chicago as the top markets for her online sales.

A second flagship will open Feb. 8 in New York’s SoHo at 60 Wooster Street. The 1,900-square-foot outpost will have three distinct rooms with earthy limestone and plaster surfaces.