Younger consumers surveyed are 3.2 times more likely to suggest that the movement is going to change their purchase behaviors in the future.

Protesters demonstrate against police brutality at the Governor's Residence, one week after George Floyd's death while under arrest, in St Paul, Minn.

Customers are taking notice of how brands are reacting to the killing of George Floyd, and plan to spend accordingly.

With the Black Lives Matter movement dominating the news cycle, Dynata, a global data and insights company, worked with DeVries Global to take the pulse of consumer sentiment. Dynata surveyed 1,000 Americans through its online platform on June 2.  It found that among Black Lives Matters supporters, more than half (58 percent) want to see brands “encourage people to vote;” 48 percent want them to commit to look at their own company and diverse hires; 36 percent to make donations; 34 percent to share links/petitions for their followers to take action, and 29 percent to re-evaluate offers to ensure they have a diverse range of products.

It is common for Generation Z and Millennials to have beliefs that clash with those of previous generations, but Black Lives Matter has created an almost unprecedented rift in sentiment. The survey found that younger consumers are 3.2 times more likely to suggest that the movement is going to change their purchase behaviors in the future. More than 62 percent of respondents under age 35 said they will be “doing more research on brands and their inclusivity practices before purchasing, in light of recent events.” Forty-eight percent of those 35 to 44 said they would be doing more research, while 20 percent of those 45 or older said they would be doing more research.

In fact, over the past week there has been a social media uproar over several companies’ practices and the way they treat their black employees. For example, Reformation, which has established a reputation for its sustainability practices, was caught up in racism accusations from a former employee. After the company posted on May 31 that it would be donating to organizations such as Black Lives Matter, the NAACP and Black Visions Collective, a former assistant manager at Reformation’s flagship, Elle Santiago, shared her experiences with racism at the company. She spoke about how she was passed over for promotions, a lack of care that was shown black employees and how she was treated with “disgust” by the brand’s founder Yael Aflalo. 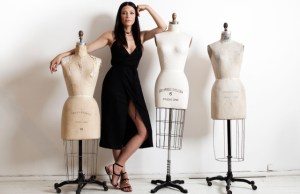 Over the weekend, Aflalo, posted on Instagram, “I’ve failed. Our mission is to bring sustainability to everyone, and part of sustainability is treating people equally. I realize that I have failed all of you in that regard — especially the black community. I’m sorry. Unfortunately the way we have practiced diversity in the past has been through a ‘White gaze’ that falls too close to ignorance. After asking and listening to our team members, especially those who identify as BIPOC, I see that now. I am so angry at myself for not seeing it sooner.” She said she stepped back two years ago because she realized she was not a very good leader. “When former team members made accusations that I ignored them in the past. I know that it is true. I am so sad and regretful for it. This is inexcusable in itself, but when I hear black colleagues who felt that I avoided them because of the color their skin, I burn inside thinking about the sadness I inflicted. Please know that for me this was not about the color of your skin, it’s about my shortcomings as a person,” she wrote.

Aflalo said she was launching an independent investigation to look into the workplace concerns that have been raised in its stores.

She said she would be launching a diversity and inclusion board, composed of team members and external advisers, and she will be personally making a donation of $500,000 to NAACP Legal Defense and Educational Fund, Thurgood Marshall College Fund, and National Black Child Development Institute.

Two days ago, Jen Gotch, chief creative officer of ban.do, stepped down after accusations of creating a racist and toxic workplace and after the company didn’t immediately come out with anti-racist posts after George Floyd’s murder on May 25 and apologized for their vague posts about mental health. Gotch noted on Instagram, “The first step toward change is recognizing that I have been part of the problem at ban.do, a company I built and a company I love. …I am deeply sorry for the hurt and pain my actions have caused our current and former team members as well as our entire ban.do community,” she wrote. 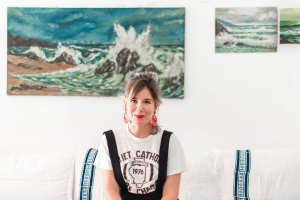 In the Dynata survey, Black Lives Matters supporters said they are far more likely to say they’re going to handle the current situation by talking about it with friends and family (62 percent) over other options provided, such as encouraging people to vote (36 percent); posting support on social media (32 percent); committing to re-evaluating one’s own inherent biases and feelings (31 percent; sharing links and petitions for followers to take action (22 percent), and making a donation (17 percent).

When asked when respondents think they will be ready to start hearing about “normal” types of news stories, such as celebrity activities, business forecast, new product launches or tech review, 32 percent said “now” and 23 percent said “one to two weeks from now.” Some 22 percent said “not until the racial injustice is over.”

Asked how many hours a day they would estimate they are reading, hearing or talking about Black Lives Matter and other recent events, 36 percent said less than one hour, 33 percent said one to two hours, 21 percent said three to four hours, 6 percent said five to six hours, and 4 percent said seven or more hours.