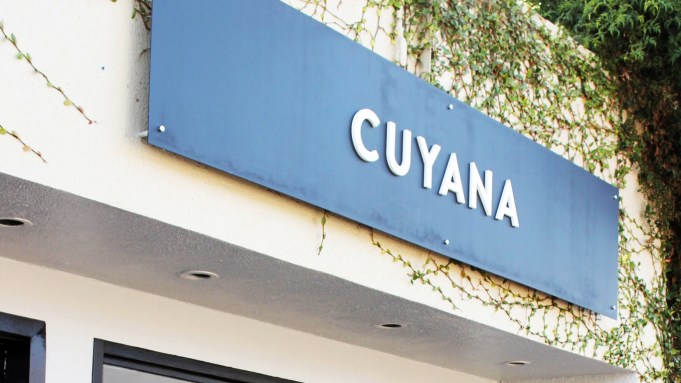 Cuyana, the San Francisco-based e-tailer founded on the premise of “fewer, better things,” will test Los Angeles’ appetite for its streamlined selection of apparel and accessories with an Abbot Kinney pop-up.

The company has began slowly easing itself into the market, beginning in June when it held its first preview for press and influencers at the Chateau Marmont in West Hollywood. That was followed up with a one-day pop-up done in conjunction with Clique Inc.’s style and shopping site WhoWhatWear at The Grove shopping center.

The success of The Grove experience, which was limited to selling mainly small leather goods and accessories, provided the catalyst for the Venice pop-up, which runs through Oct. 25.

“The L.A. customer really loves us….So the traction was the number-one finding [from The Grove],” said Cuyana founder and chief executive officer Karla Gallardo. “It did really, really well.”

The Abbot Kinney pop-up, if successful, could pave the way for a permanent storefront, which would join the company’s San Francisco boutique that’s housed in the same building as its headquarters.

“As you can probably see, we do things in steps,” Gallardo said. “So The Grove was a very small and quick way for us to get our feet wet with L.A. and understand the market and we quickly sensed the high demand and great following. So our next step is to do a pop-up and based on the experience that we create…we have plans to come back for more pop-ups and then eventually we will be able to open a permanent store. It all depends on what direction the company takes. But our goal is to eventually grow our retail presence in L.A.”

Up next for Cuyana after Abbot Kinney is a pop-up in New York that will operate for several weeks during the holiday season.