Model Daisy Lowe's collection for the French chain Morgan is full of the kind of dresses and accessories that she herself might wear. 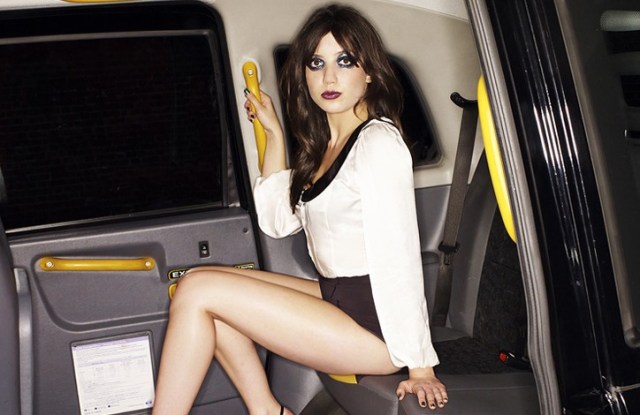 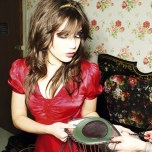 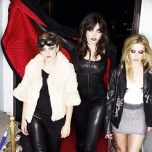 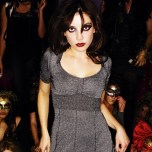 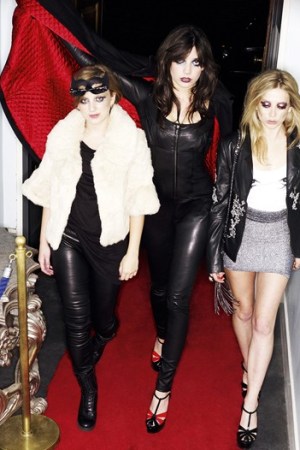 Daisy Lowe and friends in the collection she designed for Morgan.

PARIS — Daisy Lowe certainly knows how to play to her strengths.

As one of London’s leading “It” girls, the 21-year-old model celebrated for her voluptuous figure is a regular on the party circuit, where she also doubles as a DJ. Fittingly, her first-ever clothing collection for French fast-fashion chain Morgan is full of the kind of dresses and accessories that she herself might wear.

“I love women with bigger bottoms and larger thighs,” Lowe said in her throaty voice. “I think it’s so sexy.”

Dressed in a silver Lurex maxidress of her own design (set off by turquoise nails courtesy of Chanel varnish in Nouvelle Vague), she sat in a dark-walled room at the trendy Hotel Amour surrounded by evening dresses, a black cape with quilted red lining and a golden owl pendant — all part of her Oiseau de Nuit (Night Owl) capsule collection.

With an enviably trim waist, Lowe is far from a plus-size model, and her recent cover shoot for the U.K. edition of Esquire testifies to her killer curves.

“I’m not big in any way, but I do have a womanly shape rather than the normal model size, and so, of course, I’m extremely conscious of it,” she said matter-of-factly. “I’m reminded of it every time I go to work, so I had to make sure that [the clothes were] flattering to that shape.”

The daughter of Bush front man Gavin Rossdale and singer-songwriter Pearl Lowe, she has been modeling since the age of 15 in campaigns for brands including Louis Vuitton, Mango and Marc by Marc Jacobs.

Lowe has been approached in the past about launching a clothing range but has decided to make her designing debut far from the prying eyes of the British media, which obsessively tracks the ups and downs of her love life (her current squeeze, “Doctor Who” star Matt Smith, was in Paris to lend behind-the-scenes support).

“I’d been asked by English brands and they just weren’t prepared to give me enough creative control, and Morgan did,” she explained. “Actually, it was quite nice for me to come and do it somewhere different, away from the English press. It kind of gave me a bit more creative headspace to just go: ‘I’m not going to be judged.’ ”

The collaboration is part of a wide-ranging revamp at Morgan, which was acquired last year by Groupe Beaumanoir after going into administration. Hervé Bailly, marketing and communication director, said it was the first time Morgan had collaborated with a guest designer, though it has previously featured high-profile models including Eva Mendes and French first lady Carla Bruni-Sarkozy in its advertising campaigns.

He called Lowe a good fit because of her natural affinity with Morgan, which specializes in evening clothes, and her strong personality.

“She is young and she has this glamorous spirit with a slight rock twist,” Bailly said. “She is not a clothes hanger, but someone who has an opinion about fashion. She has an incredible collection and is a real expert on vintage.”

The brand will launch a dedicated Web site for the event, which will feature a short film directed by Tom Beard and an advertising campaign portraying Lowe and her friends getting ready for a night out on the town.

“I chose the photographer, the location, the hair and makeup people, the models — everything,” Lowe said. “[They are] literally just my mates whom I forced to be covered in vines and loads of glitter. Bless them — it took them weeks to get that glitter out of their clothes and their hair!”

The foray into art direction is just one of many creative outlets for Lowe, who is taking time out from her hectic schedule to explore her artistic side. She has a small part in the upcoming David Allain movie “Geography of the Hapless Heart” and is taking photographs that she hopes to exhibit.

“Since I left school when I was 17, I made a very big point of always wanting to keep my brain really active,” she said. “I plan on being a creative in whichever way, shape or form for the rest of my life.”