Neiman Marcus has presided over downtown Dallas for years as the sole retailer. Now, some 500,000 square feet of retail space is coming online and bringing competition. 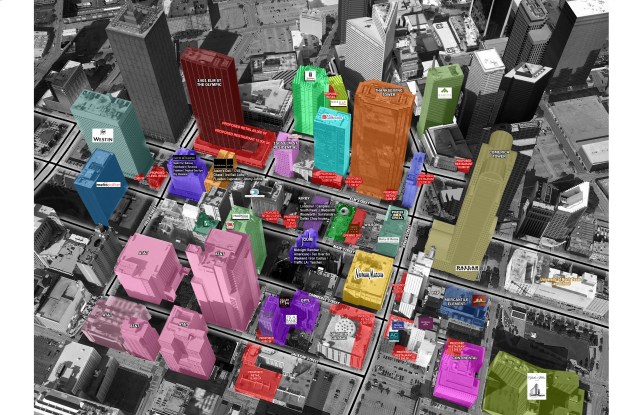 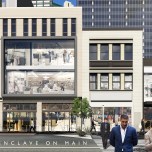 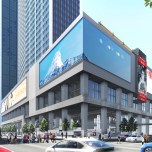 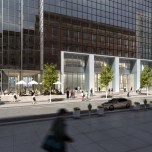 Neiman Marcus will have some company in downtown Dallas for the first time in years when the influential retailer Forty Five Ten next summer moves to a new approximately 50,000-square-foot, four-story building on Main Street opposite the Joule Hotel. Neiman’s has been the sole retailer in Dallas’ downtown core since 1989, when the only other notable store in the area, Sanger-Harris, closed.

Sources said that Neiman’s is preparing for the arrival of Forty Five Ten by updating several departments including shoes, handbags and cosmetics, but the company said it renovates most of its stores from time to time and it was simply the flagship’s turn.

“Neiman Marcus has been downtown since our innovative founders opened the doors in 1907,” said Karen Katz, president and chief executive officer of the Neiman Marcus Group. “We couldn’t be more proud to remain a cornerstone of the heart of Dallas.”

And with an estimated 500,000 square feet of space, including restaurant square footage coming online in the next few years, according to Downtown Dallas Inc., many more retailers will be opening flagships in the area.

Twelve new hotels are planned to accommodate the 24 million tourists who visit each year. The booming Dallas Arts District is getting a makeover that will better connect it with downtown. The Dallas Arts District has already selected finalists from among the architecture firms vying to update the plans.

“There’s good momentum in Dallas,” said Michael Townsend, president of Townsend & Associates Inc., a real estate investment firm. “It’s been a long time coming. You don’t want to be too soon or too late. It feels like we’re at the tipping point.” Townsend sees “aspirational and popular-priced retailers opening stores.”

A 50-story residential building at 1401 Elm Street called The Olympic is getting a $175 million facelift that will include 65,000 square feet of retail space at the base. Sources said H&M and Forever 21 are looking at the space. Uniqlo and Urban Outfitters are also in the market.

There’s also the Thanksgiving Tower at 1601 Elm Street, which will have stores with monumental glass facades at street level.

“We have a number of listings downtown, including three on Main Street near the Joule Hotel and Forty Five Ten,” said Amy Maclaren, vice president of  retail at CBRE/UCR. “A developer recently purchased the buildings and plans to redevelop them with high-end residential and two levels of retail below.”

The Statler Hilton Hotel, which was built in the Fifties and has been vacant for years, will be redone with apartments, hotel rooms and retail. A block away at 1907 Elm Street, the existing Corrigan Tower will become the Saint Elm Hotel with 150 hotel rooms and three retail/restaurant spaces.

Meanwhile, the Tower Petroleum building at 1909 Pacific Avenue will be converted to 258 residential units with 4,400-square-feet of retail on the ground floor. Under construction at 500 S. Ervay Street, the Marriott Fairfield Inn and Marriott Townplace Suites will have 30,000 square feet of retail and 10,000 square feet for restaurants with a scheduled opening in 2017.

Shinola, which is sold at Neiman Marcus, is reportedly considering opening its own unit in the area.

A large downtown development site has been earmarked for a department store. Brokers said Macy’s and other national chains have looked at the site.

Perhaps the most exciting news is the arrival of Forty Five Ten. Cofounder Brian Bolke said the added space will allow him to offer a wider range of prices and more in-depth assortments for many brands.

For the last 15 years, the store has occupied an 8,000-square-foot former art gallery in the Knox-Henderson neighborhood.

In addition to expanding the store’s popular T Room restaurant, Bolke will open a Champagne, wine, coffee bar with an outdoor terrace on the lower level. “The restaurant has always been a really big draw,” he said. A hair salon is also part of the plan.

Bolke, who buys 60 women’s collections for the McKinney Avenue location, said, “We’re certainly picking up some new people, like Chloé, and adding a lot of brands in shoes and handbags that we’ve never had before. We’ll grow a lot of the existing businesses that had smallish assortments. We’ll show a deeper perspective. I’ve always carried [Azzedine] Alaïa, now we’ll have a soft-shop concept for Alaïa shoes and handbags.”

Five & Ten in Highland Park Village, an offshoot of Forty Five Ten, “is a little more contemporary and we’re bringing those brands downtown,” Bolke said. Hence, the bigger price spread. He cited Thakoon Addition, The Row, Marc Jacobs and Sacai, which is exclusive to the retailer in Dallas.

“A big category is contemporary labels such as Adam [Lippes], Rosetta Getty, Rosie Assoulin,” he said. “Soft dressing is really the core of our business.”

Bolke isn’t worried about Neiman Marcus. “Our DNA is not Neiman’s DNA,” he said. “We have Proenza Schouler, The Row and Altuzarra. That doesn’t mean that those designers will never be at Neiman Marcus, but they’re more core to our assortment. We’ve been first to market with every brand I care about from Balenciaga to Alexander McQueen. We’ve had an exclusive on Céline, but now they’re opening a store in Highland Park Village. Navigating a vendor that opens its own store is more difficult than competing with Neiman Marcus.”

Tim Headington, the oil man who is considered a pioneer in the revitalization of Dallas’ downtown city core, is Forty Five Ten’s partner in the new flagship. Headington opened in 2008 the Joule on the south side of Main Street between the Iron Cactus restaurant and Neiman Marcus.

A two-year renovation and expansion completed in 2013, added to the Joule an 8,000-square foot ESPA spa and retailers such as TenOverSix, TenOverSix Presents, Traffic Men, Traffic Women, Traffic Play and a Taschen Library. A Dsquared2 pop-up shop recently opened at Traffic and will operate indefinitely.

Headington isn’t finished downtown. He assembled between nine and 11 acres on the fringes of downtown, where he’s talked about building a huge cluster of residential housing with a grocery and theater.