Dallas: Taking It to the Street

The city is seeing growth in its overall retail scene, particularly among independent retailers finding a home in storefronts on Main Street — and beyond. 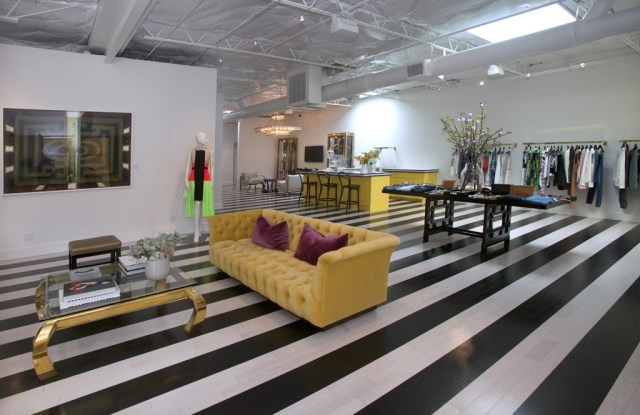 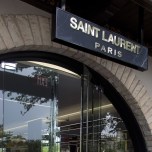 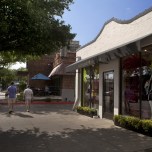 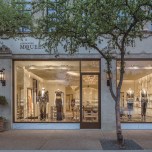 More people means more opportunity in Dallas, where specialty retailers have proliferated along with 2 percent population growth that led the nation between 2011 and 2012, according to the U.S. census.

The Dallas-Fort Worth region has risen to the nation’s fourth-largest metro area with 6.53 million people, including 1.24 million within Dallas city limits. Its latest coup is landing the North American headquarters of Toyota Motor Corp., which will bring 4,000 jobs to Plano, a Dallas suburb.

Retailers have taken notice. Over the last two years, independents as well as major fashion brands have entered the fray or expanded, including multiple designer boutiques, contemporary nooks and a fine jeweler stocking million-dollar necklaces. A lot of the action, particularly for the indies, is happening at street level.

“We opened on Aug. 19 and so far, so good,” said Mitchell, who has 27 years experience as a private fine jeweler.

Action is also percolating in emerging neighborhoods, including the downtown business district, West Lovers Lane and Bishop Arts to established open-air centers, including Snider Plaza, the Plaza at Preston Center, which added space last year, and West Village, a bustling mixed-use property that’s building its fifth expansion since it opened in 2001.

Further, the Shops at Park Lane, an apartment, office and largely discount retail center that bowed in 2010, is constructing three buildings that will add 30,000 square feet of ground-level retail plus offices and restaurants next year.

Part of the growth in street-front retail is owing to steep rents at the area’s two premier centers. New leases at Highland Park Village have nearly doubled to $185 a square foot since Summers and company bought the center in 2009, he said, while base rent for specialty stores at NorthPark Center runs in the high $80s, according to industry sources.

Occupancy of metro area class A malls is 95 percent or higher, according to the Weitzman Group, while overall mall occupancy stands at 93.5 percent. For all classes of retail space, occupancy is 90 percent — its highest level in 10 years — largely due to an influx of grocers, according to Weitzman.

Some merchants are actively seeking sidewalk locations, noted Michael Miller, senior vice president of United Commercial Realty and a specialist in the Knox Street area. Lululemon and Kate Spade, for instance, already had stores at NorthPark when they opened on Knox.

“Many of the fashion tenants in malls started on the West or East Coasts and really want to get back to the roots of street retail where they can,” Miller said. “Dallas hasn’t really had street retail, but it’s matured enough to have a high street. Knox is the best option in Dallas to have an organic walkable shopping district because of its location near the Park Cities, Lakewood, Uptown and regional access from [U.S. Highway] 75.”

Rents on Knox have risen about $10 a square foot over the last two years to $55, he said.

On the other side of U.S. 75, Knox becomes Henderson Avenue, which has gained two indie fashion tenants since 2011 — Milk & Honey and Melissa Benge — plus a unit of Trunk Club.

Michael Moldovan said response to his edgy Traffic Los Angeles designer men’s and women’s stores that opened last year at the downtown Joule Dallas hotel has been positive. The stores are part of an expansion financed by Joule owner Tim Headington, a billionaire working to revitalize the skyline business district.

“We’re doing very well, more than I expected, and we feel it will be strong going forward,” Moldovan said. “What [Tim] Headington is creating downtown is amazing.”

TenOverSix, another L.A. transplant, also took up residence at the Joule to vend breezy fashions by the likes of Horses Atelier and Maison Kitsuné, plus arty lifestyle gifts.

On the west side of town near Dallas Love Field airport are Canary and BelAir Home, freestanding stores on a nondescript strip of West Lovers Lane.

“My overhead is very low, which is why I’m here,” said BelAir owner Shannon VanBeber, noting rent would triple if the shop were half a mile down Lovers in the busy district that includes Inwood Village. “Dallas is retail central, so we are trying to create our own image, which is relaxed chic.”

Merry Vose opened Canary in a former tackle shop in response to demand for dressier clothing from shoppers at Cabana, her casual boutique a block away.
“After Barneys New York closed, I think there was a void,” Vose said.

At Snider Plaza, a double-sided strip center in the affluent community of University Park, new independents include Piermarini Boutique, which focuses on emerging European designers, and Gemma Collection, which stocks contemporary fashion jewelry.

The quirky Bishop Arts District in North Oak Cliff, a diverse and economically challenged area south of downtown, has grown to 60 restaurants and shops, including several of Dallas’ hottest restaurants. Fashion has been slow to roost, but bridal and contemporary shop The Laughing Willow opened in 2012 along with Strut, a Texas fast-fashion chain.

Heightened competition in town and online has inspired established independents Stanley Korshak, Elements and Forty Five Ten to pursue new ways of selling, including e-commerce and Farfetch, and maintain connections with customers via increased social media. The stores all had gains last year, according to their respective owners.

“The retail world is evolving with or without new stores,” noted Forty Five Ten co-owner Brian Bolke. “People are really using online and social media to dictate some of their choices. If you ignore that, it’s the kiss of death.”

Uploading merchandise to Farfetch.com in the fall was “the best decision we’ve ever made,” Bolke said. Reaching clients as far as Singapore, the channel also boosted local business by motivating shoppers “who are starting to realize they can’t expect things are going to be there in four months,” he noted.

Crawford Brock, owner of Stanley Korshak and the Shak, speculated that Traffic and Tenoversix at the Joule and the new designer stores at Highland Park Village have piqued interest in boutiques. He’s adding 5,000 square feet to double Korshak’s bridal boutique as well as build a new Men’s Shak of contemporary wardrobing, including a Suitsupply in-store shop. Combined, Korshak and the Shaks will span 73,000 square feet.

“We had a banner year last year,” Brock said, noting the double-digit gain elevated revenue to within a “hair’s breadth” of its peak in 2007. This year has been “fantastic” with continued growth, he added.

Connie Sigel, owner of Elements contemporary and designer store, said it’s important for boutiques to stay true to their DNA in the midst of retail proliferation. Cold weather affected sales early this year, but figures have increased to meet last year, which was up 6 percent over 2012.

“I feel there’s a renaissance of boutique shoppers — it’s great how many new faces we see,” Sigel observed. “There is a big demand in the luxury market and consumers are demanding what’s in limited supply.”

“It was very validating to have that experience here,” observed Stevie Moore, Elements’ creative director. “It makes people feel we are fashion. We don’t have to go to New York.”