The new CEO will seek to bolster the experiential, digital and personalization sides of the business, but the general direction of the company is good.

During the transition period, Rawlinson will serve as president and CEO-elect. Rawlinson, a Harvard MBA, was previously CEO of NielsenIQ and earlier, president of Grainger Global Online, which sells motors, lighting, material handling, fasteners, plumbing, tools, and safety supplies, along with inventory management services.

“Qurate Retail operates as a unique and powerful enterprise,” Rawlinson said. “The world of shopping has been forever changed by the pandemic and these brands have international scale, customer affinity and expertise in driving and meeting demand across multiple platforms to define the future of experiential retail. QVC and HSN pioneered home shopping and are now set to define a new world of seamless shopping. Zulily, Ballard Designs, Frontgate, Garnet Hill and Grandin Road are all focused and modern brands with passionate customers and unique value.”

In an interview, Rawlinson singled out three priorities for Qurate: to bolster the experiential, digital, and personalization sides of the business.

“That’s a big part of my mandate.”

He said creating a new business plan “is definitely something I will be working on. I have some introductory thoughts.”

On possibly bringing additional brands into the Qurate portfolio, to fill any voids, Rawlinson replied, “I don’t have anything really to say on that. All of the brands have been modernized. They have high levels of customer loyalty and ability to bring in new customers.

“Generally, the direction of the company is good,” he added. “We are sitting at the continuing acceleration of a number of very strong consumer behavior patterns,” which would include the shift to comfort clothes and home products as shopping online continues to grow. “Qurate is in a really unique place to take advantage.”

He credited George with transforming Qurate into “a real, digital-first e-commerce, multiplatform company,” adding that he’ll be “accelerating the progress that has been made…I’m excited and ready to go. We have been having conversations for a couple of months, and I’m excited about the opportunity to work with Mike in a transition period and getting to know the business better.” 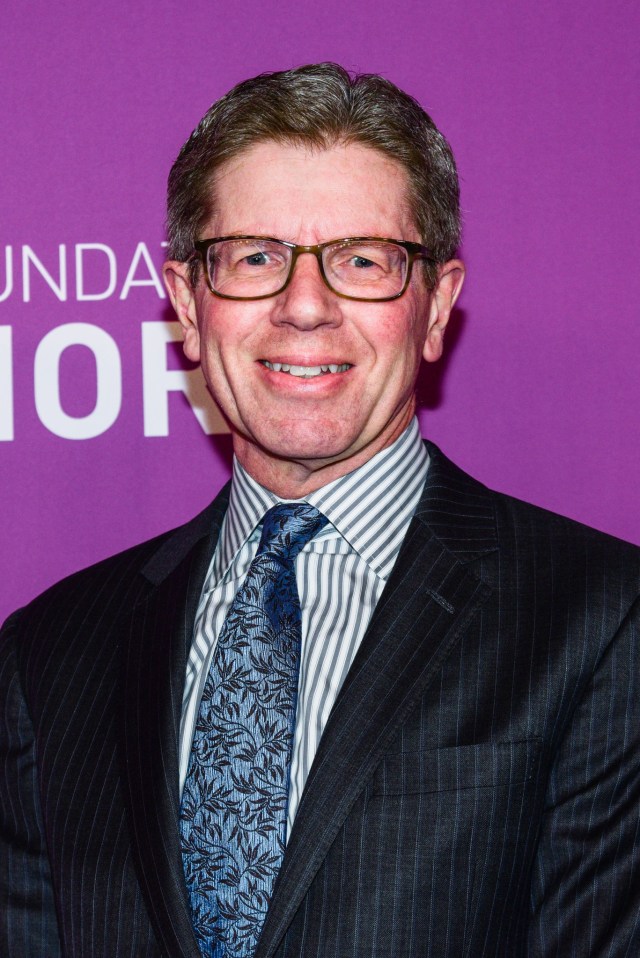 Citing some challenges ahead, he said, “Corporate America is figuring out how to bring the workforce back.”

He also cited the challenge of anticipating and planning for consumer shifts. “Where exactly does consumer behavior land? We’ve had really sharp shifts in consumer behavior. Some will stay, some will go back as the pandemic lifts.”

While Qurate is a much different company from those he’s been at before, Rawlinson said he’s had relevant experience, considering that Nielsen is a company that monitors consumer behavior and is data-driven; that Nielsen and Qurate both have large international businesses, and are of similar scale, with Nielsen having 30,000 employees and Qurate, more than 26,000.

He also said that at Grainger, historically a catalogue business, he was instrumental in advancing the online business, and that the mission there was to be “disruptive” in e-commerce.

Asked if becoming one of the few Black executives running a major retail corporation puts him in a special role with certain obligations, Rawlinson said: “It’s hard to answer that question perfectly. But I perfectly understand that representation matters.”

It’s also important for young people “to see people that look like them in leadership roles, to know their own future is limitless.”

Asked if he’s considering recruiting more people of color to Qurate, he replied: “To get the best talent, you’ve got to be looking at every talent pool imaginable. Diversity and inclusion has to be a core part of what you do every day.”

Qurate previously revealed five-year goals toward supporting under-represented groups across management, its workforce, vendors and communities. One goal is for 25 percent of supervisory and leadership roles to be members of underrepresented racial/ethnic groups by 2025.

Reflecting on why he’s retiring now, George said that after 16 years at Qurate Retail, “There comes a point where it’s the right time on a personal level and the right time for the company. From a strategic perspective, the company is in good shape. All of our businesses are growing nicely.”

He said the company has been “well positioned to capture the secular shift to all things for the home. More recently, we have been encouraged by the rebound of our fashion businesses.”

He also said the timing of his departure is appropriate considering he wanted to continue leading Qurate through the pandemic, noting that Qurate offices are reopening this fall, which is around when he retires.

“It’s bittersweet as I look to my retirement at the end of this year. I could not be prouder of the Qurate Retail team and the way they have evolved our business to a robust, multibrand portfolio of truly differentiated lifestyle brands,” said George.

He’s credited with building Qurate Retail into a multiplatform, more entertaining and complex business with a diversity of categories, and being instrumental in adding HSN into the business in 2017, bringing scale and expertise into video commerce. He moved the company from being primarily “television-first to digitally first” with an emphasis on e-commerce, mobile, social media, and livestreaming. He also moved the company from being primarily domestic to having a better balance of generating revenues abroad and in the U.S. Entertaining and educational components and storytelling were added to the programming, including cooking and travel series and tutorials in beauty and other areas, as were many brands, such as Jason Wu, to the mix.

“What’s most important is to have a successor that’s far more capable to take the company to new heights,” said the 59-year-old George, who in November 2020 disclosed his planned retirement for 2021. “I know I’m leaving the company behind with an amazing leadership team. I have no doubt David will take it forward in different areas.”

“There is a very strong leadership team in place,” the 45-year-old Rawlinson said. “I have a lot of confidence in the leadership.”