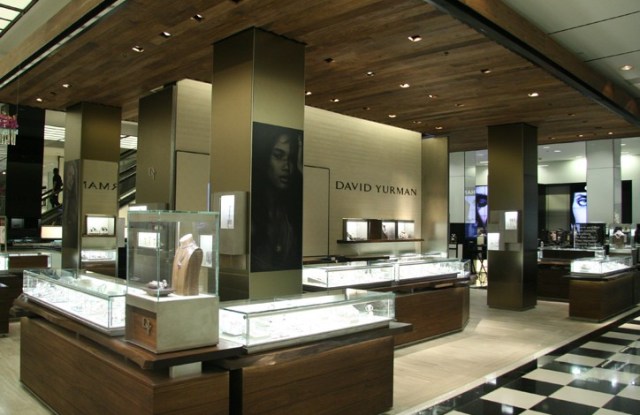 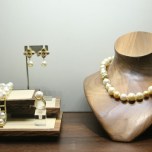 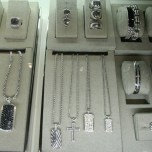 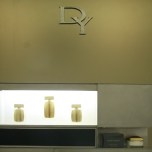 David Yurman is making a statement at retail — and a global one at that.

The Manhattan-based jewelry and watch firm has plans to open a smattering of in-store shops across the globe, representing its first retail endeavors in Europe and the Middle East. The in-store boutiques represent a new design for Yurman and will offer consumers a glimpse of what the company’s new 6,000-square-foot Madison Avenue flagship will look like ahead of its projected April unveiling.

The first such concept, created by designer David Yurman and architectural firm Gabellini Sheppard, will officially open Thursday at Bloomingdale’s 59th Street flagship. The 1,000-square-foot in-store shop has a ceiling of elegant wooden planks, American black walnut-wood floors and backlit cases to display all the brand’s product categories, including women’s and men’s jewelry and watches, eyewear and fragrance. In addition to the 59th Street shop, Yurman has inked a deal to open a similar concept in Bloomingdale’s Dubai store slated to open this spring.

“As we continue to expand globally, it’s important to strive to be innovative,” said Carol Pennelli, executive vice president of sales and marketing at David Yurman. “This is a first step in that direction.”

Yurman will also partner with Parisian retailer Printemps for a similar concept, slated to bow this spring. Other in-store boutiques within top-tier specialty stores are in the works for London and Amsterdam, in addition to opening freestanding David Yurman boutiques globally.

“The traditional European customer is ready for the design aesthetic of David Yurman,” said Pennelli, who noted the brand has been advertising across Europe, Asia and the Middle East.

Yurman, which has 15 freestanding stores in the U.S., as well as distribution in specialty stores such as Neiman Marcus, Saks Fifth Avenue and Bloomingdale’s, opened four shops in Asia and one boutique within the Tsum store in Moscow last year.

The shop at Bloomingdale’s is a part of the ongoing redesign of the retailer’s main floor. The space has a minimalist feel, using natural materials such as black marble for the floors, and sheets of bronze and brushed stainless steel throughout the shop.

“[Yurman] is great fashion; they have terrific aesthetics,” said Francine Klein, executive vice president and general merchandise manager for fashion accessories, intimate apparel, cosmetics and fine jewelry at Bloomingdale’s. “Our customers love new and love the best. For us to have a shop-in-shop like nowhere else in the world is what our consumer is going for.”

Yurman’s neighbors at the flagship include Louis Vuitton and Chanel.

Yurman will update some in-store boutiques with the new design and there are plans for another in-store shop in Bloomingdale’s in Santa Monica, Calif., in the coming months. The company, which is said to have more than $720 million in annual sales, declined to offer a projection for the 59th Street shop.

Yurman directed the merchandising of the shop and added several one-of-a-kind pieces to sell there.

“It speaks to what our brand is about and where our brand is going,” added Yurman. “It’s not just a shop-in-shop. It’s one of the more important stores globally. When you come to New York, you come to Bloomingdale’s. It’s an event.”