Davidoff of Geneva — since 1911 — on April 13 will unveil a 2,000-square-foot store at Brookfield Place, representing the brand’s new global retail concept.

The retailer, which specializes in cigars and accessories, has divided the space into a retail area, walk-in humidor and lounge. Private lockers will be available for customers to rent. Brookfield Place will mark Davidoff’s third store in Manhattan.

“Our mission is to surprise and delight our consumers by providing unrivaled brand and retail experiences in a comfortable but luxurious space,” said Jim Young, president of Davidoff of Geneva USA. “Our downtown New York store is an exceptional addition to our portfolio of company-owned properties, including two others here in New York, one in Atlanta, another soon to open in Houston, along with licensed boutiques in Las Vegas and Tampa.”

Luis Torres, director of U.S. retail, said that for years, customers have been telling Davidoff that lower Manhattan’s cigar community is underserved. “We responded by creating the most luxurious Davidoff flagship in our portfolio,” he said.

Dominican artist Pascal Meccariello created an art instillation for the lounge, “The Harvest,” a collage that celebrates the tobacco leaf. Furniture came from Walter Knoll and Poltrona Frau, and a chandelier by Ontwerpduo, called “Light Forest,” reflects the tropical flowers found in the Dominican Republic.

Davidoff  is anchored in a “crop-to-shop” philosophy of vertical integration from tobacco fields in the Dominican Republic, Honduras and Nicaragua to a network of more than 70 stores around the world.

Davidoff is one of the last stores to open at Brookfield Place. The urban mall positioned itself as a destination for luxury brands, with Hermès, Burberry, Ferragamo, Ermenegildo Zegna and Gucci, among others.There is also a more affordable element with stores such as Michael Kors, J. Crew, Bonobos, Diane von Furstenberg, Tory Burch, Theory, Paul Smith, Vince, Judith & Charles and Cos Bar. Saks Fifth Avenue is expected to open later this year. 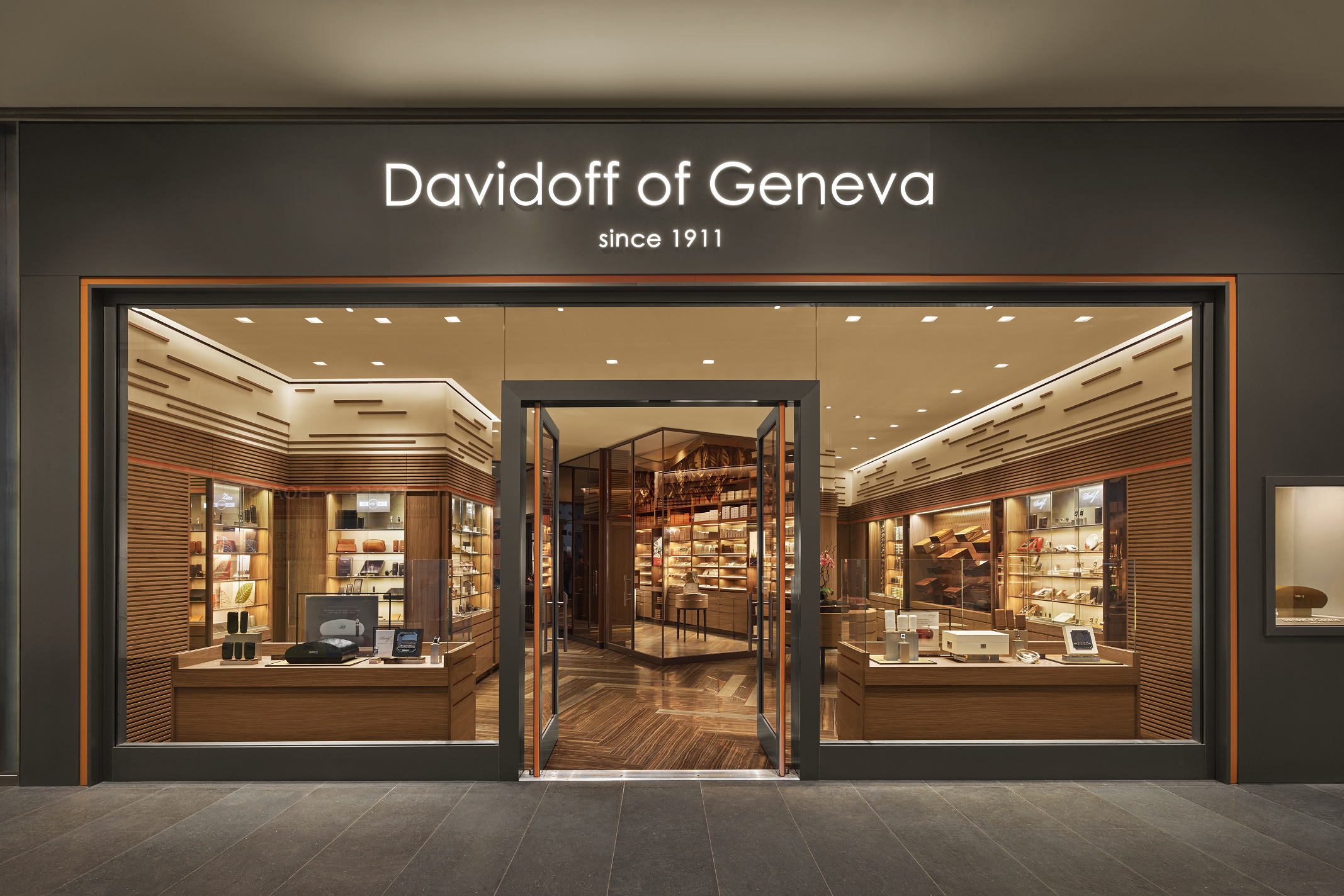