The beauty company last week opened a Toronto store, the first of as many as 30 locations anticipated within the next year. 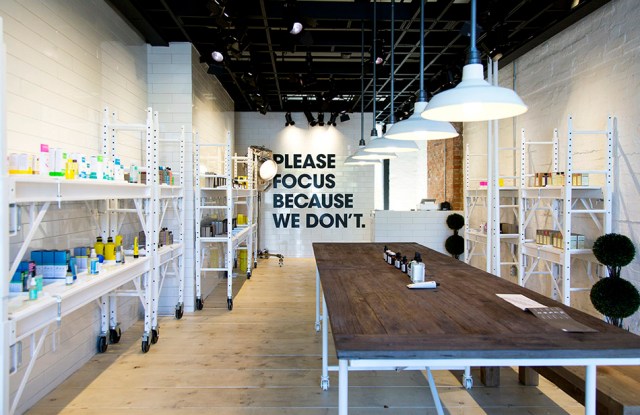 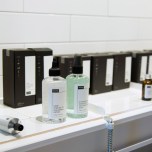 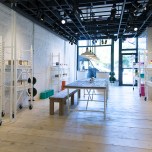 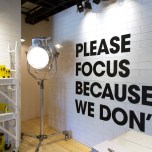 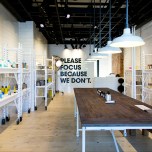 Deciem wants to do things its own way, and now it can in its own store.

The self-described “abnormal” beauty company last week opened a Toronto store, the first of as many as 30 retail locations anticipated within the next year. The store showcases Deciem’s assortment across nine brands and offers a platform for merchandise it rapidly develops and produces at its in-house laboratory and manufacturing facilities.

“In the last three years, our direct-to-consumer business has been growing tremendously, well beyond any expectation we have had. Not only have the numbers grown, but the number of brands in each shopping cart has grown and the repurchase rate has grown,” said Brandon Truaxe, founder and chief executive officer of Deciem. “The stores are the next level to that. We are going to trial how the direct business translates to them.”

Deciem already has a second store in Toronto under construction as well as branches in Seoul, Sydney and Melbourne slated to open later this summer. The company is eying future locations in the U.S., U.K., Spain and Mexico, with London and New York key target cities. The ideal size of the stores is 400 to 800 square feet.

“The plan is to open five to six stores per major city, do a big campaign around them, build the abnormal beauty company brand and then go to the next city,” said Truaxe. “That allows our core team to be there when the stores open and build awareness before we go on.”

Deciem set aside 10 million Canadian dollars, or $7.7 million, to invest in its retail expansion from proceeds on the February sale of the brand Grow Gorgeous to the Hut Group. Judging the stores from a marketing perspective, Truaxe emphasized he isn’t chasing a quick buck at retail and is taking a long-term view of the return on this retail investment.

“Even if a store just breaks even, you have a free billboard on the street. We are looking at this as a very important exercise in communicating about the abnormal beauty company as an innovation umbrella with a very different approach,” he said. “If you think about brands like Zara, it wasn’t really advertising that got them to where they are, it is the sheer presence of their retail that makes you recognize the brand. There is value in that, but I don’t associate it with an increase in sales in other channels immediately. It’s about building trust and recognition.”

Truaxe is careful not to create a promotional environment in Deciem’s stores. “The face of retail is changing drastically, but it is quite ugly today. Retailers are so sales driven that nothing is given any respect. It’s basically another product on the shelf,” he said. “We are going out of our way to make it about an experience more so than just product. It’s a peaceful, calm place to explore and learn on your own.”

With speed-to-market a priority at Deciem, Truaxe feels hamstrung depending only on wholesale to fuel his business. The company’s brands are found at more than 20,000 doors globally in 18 countries, and its major retail accounts include CVS, Boots, Priceline Pharmacy, Selfridges, Ulta Beauty and Urban Outfitters. The U.K. is its largest market. Niod, Hylamide and The Chemistry brand are Deciem’s top brands, and they focus on advanced skin-care ingredients, multidepth delivery systems and hand and body aging, respectively.

“We are really happy about it [the growth], especially because most consumer businesses that make it to a certain level make it mainly because of the U.S., but we haven’t really scratched the surface in the U.S.,” said Truaxe. “Once we put efforts into the U.S. and start building it, I think that’s going to be the biggest component of the business.” He noted the U.S. will account for about a quarter of Deciem’s sales this year.

Deciem’s initiation into retail has been promising. Truaxe revealed the Toronto store has generated $2,000 in revenues per day in the 10 days since it opened. “I’m shocked by it, and I have no explanation. We haven’t started any campaign or sampling events. We are based out of Canada, but Canada is less than 3 percent of our business. We don’t have a big audience here,” he said. “It’s very encouraging to me, but we still have a few more stores to open to get the metrics completely right.”