Can a tired shopping center, once a regional gem, be restored to its once-luster for the South Bay? Simon Property thinks so. 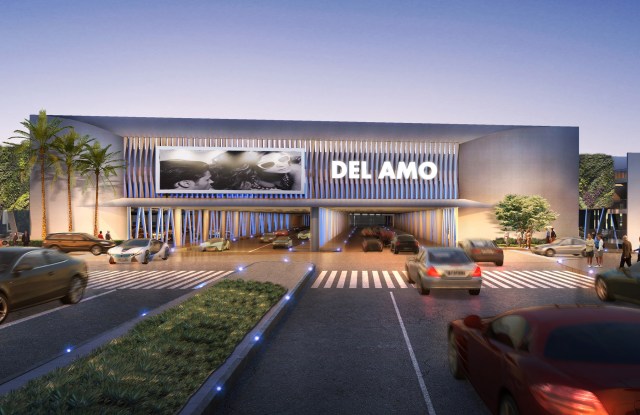 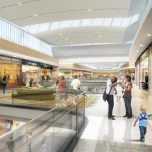 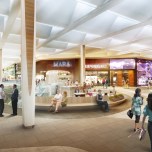 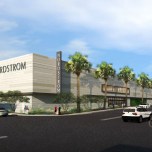 LOS ANGELES — Nordstrom has been a pretty good calling card for the Del Amo Fashion Center in Torrance, Calif.

The department store, nabbed from the South Bay Galleria less than three miles away, has served as a catalyst of sorts for helping ink other lease deals and driving the second phase of a major redo for the aging mall set to be revealed in a preview tour today.

“Thirty years ago this was one of the four or five great shopping malls in Southern California,” said Chuck Davis, senior vice president of development at Simon Property Group Inc. “It’s gotten tired. There have been department store consolidations. We’re bringing it back.”

Del Amo, at 2.7 million square feet, was once the gem of Southern California’s South Bay, a region to the southwest of downtown Los Angeles comprised of some 19 different neighborhoods ranging from coastal communities such as Manhattan Beach and the Pacific Palisades to the more inland areas of Inglewood, Gardena and Hawthorne. It’s a region somewhat isolated and removed from major freeways leaving surface streets, such as Hawthorne or Sepulveda boulevards, as major transportation arteries.

For that reason, Del Amo was, at one time, a significant regional retail player, boasting retailers such as Bullock’s and I. Magnin. Department store consolidations changed that. The Mills Corp. acquired the property in 2003 and began work on a lifestyle center aspect that brought an open-air shopping component to one part of Del Amo in 2006, but then the recession hit, setting aside any plans to revitalize the remaining mall. Simon’s now bent on completing the restoration.

About 60 new stores will open Oct. 9 when construction on the second phase is completed. An additional 15 to 20 stores should come online by the Black Friday selling period and a few more early next year.

The two-level Nordstrom, which relocates the South Bay Galleria store that opened in 1985, is one of the retailers set to open next month and is Nordstrom’s 8th store reflecting a new design that removes departments defined by carpeted areas and aisles, adds more natural lighting and introduces a redesigned cosmetics area. Cosmetics will include a Trending Now area featuring popular items and concierge where customers can set appointments or learn about new products.

The Del Amo Nordstrom will carry Topshop and Topman and a via C department carrying labels such as IRO, Rag & Bone, Elizabeth & James and A.L.C.

“It’s important we put our best foot forward for our customers,” said Robert Middlemas, executive vice president and Southern California regional manager at Nordstrom. “We have an aging store at South Bay Galleria. When we were presented with the opportunity [to move to Del Amo], we had to make a choice between putting more money into our current location in order to bring it up to our customers’ standards, or build them a brand new store and be part of a really exciting project at Del Amo. We always strive to be part of the best retail centers and we believe Del Amo is the premier shopping center in South Bay.”

Simon’s not saying how much is being spent on the construction. The mall owner currently has some 28 expansion or redevelopment projects underway, totaling $2.3 billion, of which Del Amo is one of the more significant in terms of investment, according to Davis.

The second phase of development, totaling nearly 250,000 square feet will boast about 100 tenants including a luxury wing.

“Maybe they had luxury 30 years ago when they had Bullock’s and Robinsons but as those became other things, your retailing became very mass market, very broad market appeal,” Davis said. “But you lost a lot of the designer and fashion brands — who we’re bringing back. Full storm.”

The center will carry Kate Spade, Hugo Boss and Vince Camuto — all exclusives to the South Bay. Other key retailers include Michael Kors, Kiehl’s, Tumi, Uniqlo and Zara.

Pink’s Hot Dogs, which has a cult regional following, and the much buzzed-about Din Tai Fung from Taiwan will also set up shop at Del Amo. The latter will overlook the luxury court area that leads to Nordstrom. Both restaurant tenants are South Bay exclusives.

The preview and press tour into the center’s progress comes amid other major retail developments in the works for the Los Angeles area.

Westfield Century City last month took the wraps off its own plans to remake the 1.2 million-square-foot mall there. It’s an $800 million project, complete with design touches from Kelly Wearstler. Westfield on Friday will also host a grand opening for its Village at Westfield Topanga in the San Fernando Valley.

The Point in El Segundo, which is closer to home for Del Amo, wrapped completion in the summer. The new construction project offers a curated mix of tenants, anchored by restaurants and sitting across 115,000 square feet of retail.

Davis sees Del Amo’s competitive advantage in its sheer size against most of the other retail projects in the immediate and regional trade area.

“There’s a little bit of a psychology aspect to the South Bay, which is you either shop local — which [residents] really haven’t had the opportunity to do, or you find the fastest way to get on the freeway for all the offerings you want. And they didn’t have [that psychology] 20 years ago. It was all here,” he said.

Work remains now on what Davis referred to as “the quiet part” of the mall. Once the latest phase of construction comes online next month, the “quiet” area will be the remaining remnants of the old mall with its dark, 1970s design and fluorescent lighting. Simon worked out a deal to buy one of Macy’s old stores on the south side of the mall. A major department store, that will be first to market, is set to be announced in the next month.

The demo work on the remaining mall has already begun and is expected to be completed by next Easter.

“At the end of the day there won’t be anything in this center that won’t have been renovated or built that’s more than 10 years old,” Davis said.