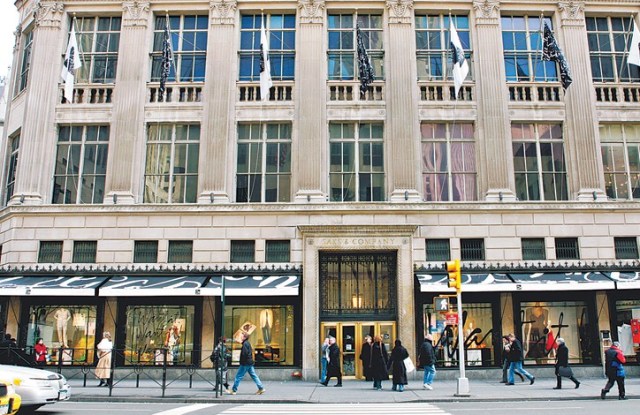 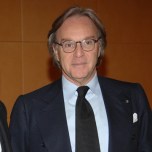 Diego Della Valle is voting with his wallet that there’s more upside potential in Saks Inc.

This story first appeared in the March 18, 2010 issue of WWD. Subscribe Today.

By spending an additional $30.2 million since March 10, Della Valle has boosted his stake in the luxury retailer to 9.4 percent from 7.1 percent. While the investment is significant, Saks has proven to be a lucrative deal for Della Valle: He has already made a profit of more than $44.5 million on the shares he has snapped up since last year.

The chairman and chief executive officer of Italy’s Tod’s SpA, through his personal investment vehicle Diego Della Valle & C. S.A.P.A., has purchased an additional 3.62 million shares of Saks’ stock. The latest purchases, made between March 11 and 16, were for an average of $8.33 a share and boosted his holdings to 15 million shares, according to a Schedule 13D filed with the Securities and Exchange Commission Wednesday.

Shares of Saks closed up 1 cent, or 0.1 percent, at $8.49 Wednesday, valuing Della Valle’s stake at just less than $127.4 million. The closing price translates into a profit of $4.92 a share on those shares Della Valle bought in 2009, or a total of about $41.7 million. It also adds up to nearly $2.9 million in profits for the additional stock he acquired this month.

Before settling in with a minimal gain, Saks hit a new 52-week high of $8.63 in intraday trading Wednesday, the third day in a row it hit a new peak for the past year. The retailer’s shares have risen 19.9 percent since Feb. 23, the last trading session before the company reported a lower, and smaller-than-expected, fourth-quarter loss.

The most recent investments come on top of the 2.9 million shares Della Valle acquired for $22.3 million from March 8 to 10, which lifted his holdings to 11.38 million shares, or 7.1 percent of those outstanding. They also augment the 8.48 million shares he bought between Feb. 20 and May 7 of last year for a 5.9 percent stake, but at a far steeper price than the $3.57 average paid then. His purchases this month have been for as little as $7.61 a share, on March 8, and as much as $8.54, on Tuesday.

Asked to comment on the holdings of Della Valle, Saks chairman and ceo Stephen I. Sadove told WWD, “We have a great relationship with Diego. We view his ownership positively.”

Other sources characterized Della Valle’s involvement in Saks as “a passive financial” investment that has not led to any active involvement with Saks management or operations, or pursuit of a seat on its board.

Della Valle couldn’t be reached for comment Wednesday, but last month called his investment with the retailer “a great investment and…a great brand.”

As head of Tod’s, Della Valle is an important supplier to the $2.6 billion Saks. The Tod’s and Roger Vivier brands, both under the umbrella of the Tod’s SpA luxury leather goods house, are sold at Saks.

The Italian entrepreneur’s ballooning stake in Saks is the second largest among noninstitutional investors, trailing that of Mexican telecommunications billionaire Carlos Slim Helú’s 25.62 million shares, a 16.1 percent stake. Slim Helú, recently deemed to be the world’s richest person, hasn’t added to his holdings in the retailer in the past year.

Still, the Della Valle purchases this month come at a time of growing optimism about the upscale retailer. The last of the purchases reported, on Tuesday, coincided with Moody’s Investors Service upgrade on Saks’ outlook to stable from negative and the elevation of the credit rating on its senior unsecured notes one notch to “B3” from “Caa1.” While both classifications are considered speculative, the current group signifies “high credit risk” and the former “very high credit risk.” Moody’s said that it expected Saks to move from operating income from operating losses in the next year and that its credit metrics “will improve but remain weak.”

Saks has managed to substantially improve on its dismal performance at the end of 2008 and beginning of 2009. Last month, it reported a smaller loss for the fourth quarter that, excluding charges, translated into a profit of 6 cents a diluted share. Fourth-quarter sales fell 3.4 percent to $811.3 million, while comparable-store sales were down 4.8 percent, but gross margin moved up to 36.5 percent of sales from 21.2 percent in the last quarter of 2008. It began its next fiscal year in February with a 2 percent increase in comps, versus a 26 percent decline in the 2009 month, following comp gains of 7 percent in January and 9.9 percent in December.

Recent positive same-store sales results, however, come on the anniversaries of one of the roughest stretches in contemporary retail history, especially for better chains. Saks’ comps fell 23.7 percent in January 2009 after declining 19.8 percent in December 2008. Executives and analysts consider recent improvements to be tentative as a fragile recovery struggles to take hold among better retailers. Saks’ share price has improved throughout the past year, rising from a 52-week low of $1.55 last March 20 after selling at above $10 before the September 2008 financial meltdown.

On a recent conference call, Sadove characterized Saks as “carefully moving from defense to offense.” It expects comps this year to grow in the low- to midsingle digits, with the back half stronger than the first, and gross margins of 37.5 to 37.8 percent.

Lately, Saks’ best-performing categories are women’s designer sportswear, handbags and jewelry, as well as shoes, which Della Valle would know firsthand. Saks has been rolling out its 10022-Shoe format, featuring new marketing and presentations to spotlight the category.

A big part of the Saks strategy is to sell more goods at the “better” and “good” price zones and less in the “best,” or highest, price tier. Saks also is expanding its Off 5th outlet chain and encouraging local marketing initiatives so stores can connect better with consumers at the community level.

The rise in Saks’ shares in New York on Wednesday mirrored the upward trend in retail stocks overall, which rose for the sixth straight trading session as investors held onto some of the optimism generated when the Federal Reserve predicted exceptionally low interest rates would be needed for an “extended period.”

Retail stocks registered a new 52-week high of 448.01 as they continued to rally on hopes a consumer turnaround is within reach.

Shares of Phillips-Van Heusen Corp. also continued their rise Wednesday, perking up 0.7 percent to $54.18. On Monday, the company laid out a $3 billion deal to acquire Tommy Hilfiger BV from private equity firm Apax Partners. PVH’s stock is 13.5 percent ahead of its close last week of $47.74.

And it was a good day in the international markets, as well.