Democracy at the Mall: Giant Costco Moving In To Fill Anchor Store Void

Meet the latest incarnation of a mall anchor - Costco.

By Rachel Brown and Anne Riley-Katz on December 19, 2007
View Slideshow 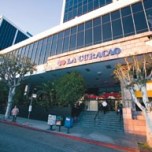 Meet the latest incarnation of a mall anchor — Costco.

Mall operators are beginning to spice their tenant formula beyond mainstays such as Macy’s, J.C. Penney, Neiman Marcus and Dillard’s to fill vacant spaces left by retail consolidation, particularly the Federated-May merger in 2005, which resulted in the closing of almost 90 mall-based stores.

The democratization of the mall includes national players such as Costco Wholesale Corp., the giant membership warehouse chain based in Issaquah, Wash., as well as the Los Angeles-based Hispanic retailer La Curacao.

Costco’s fifth U.S. mall location, and the first in the portfolio of mall operator Macerich, will be in a former Macy’s at Lakewood Center next fall, one of the largest enclosed malls in greater Los Angeles. Mall-based Costcos are in Simon Property Group’s Potomac Mills in Prince William, Va.; General Growth Properties’ Cumberland Mall in Atlanta; Developers Diversified Realty’s Christown Spectrum Mall in Phoenix, and the Cafaro Company’s Spotsylvania Towne Centre in Fredericksburg, Va. The Westfield Group has acknowledged negotiations with Costco.

“There is no pattern for this — we’re both experimenting,” said Art Coppola, president and chief executive officer of Santa Monica, Calif.-based Macerich, which owns and operates 91 shopping centers, referring to Macerich and Costco. “We are constantly refining the tenant mix and constantly taking advantage of new retail trends to have the best of class retailers on campus at our properties….It’s our job to be in touch with evolving retailers so that we have thriving retail projects and not dying ones.”

Costco and La Curacao are turning to the mall partly because of the difficulty of securing real estate in dense urban markets, and mall owners are running out of anchor options.

“To have a box store that big that’s vacant is not what you want to show your market,” said Jeff Green, whose namesake retail consulting firm is in Mill Valley, Calif. “Malls need Costco more than Costco needs the mall.”

Costco co-founder and chairman Jeff Brotman contended that malls benefit from being anchored by the warehouse chain, gaining a new audience, rental income and pizzazz.

“There is one thing that is for sure about malls — they are uninteresting,” he said. “Whistling in the graveyard as you walk through is a very common trait in business. A lot of the mall owners just simply don’t know what to do next. They have to provide an exciting shopping experience. If they don’t do that, business is going to erode. Just being the norm with all the same five anchors is not going to work.”

“A high-volume Nordstrom store in a typical California mall might do $100 million in 200,000 square feet or more,” he said. “We will do at least twice that much with 70 percent of the square footage. From our perspective, unless it is an extremely high-end mall, we are the traffic generator — not the mall — for our customer.”

With relatively little experience outside of large strip malls or freestanding units, the evidence that retailers such as Costco and La Curacao reel in large mall customer bases is scant. And many analysts and consultants speculate that, because Costco is a destination retailer that carries multiple types of products, its customers might not hit nearby Gap and Victoria’s Secret stores.

“People are not going to shop at Costco then shop at the mall,” Green said. “They want to get out of there and get their groceries home.”

Costco commissioned American Express to examine its mall shoppers in a report that was completed a few weeks ago. Data gathered from Costco members who use American Express cards — about half of Costco’s total — showed that 40 to 50 percent of those coming to the mall for Costco are first-time mall shoppers and 30 to 35 percent stop at neighboring mall stores before or after frequenting Costco. “People are cross-shopping,” Brotman asserted.

“The consumer going to Costco also goes into the mall, eats at the restaurants, goes to the movies,” he said. “Much like any anchor that you would put into a center with the hopes that they would drive traffic, Costco is so much more because of the volumes that they do, and the number of consumers that they attract.”

But John Melaniphy, retail consultant with Melaniphy & Assoc. in Chicago, said the jury is out on Costco’s impact in malls. “Owners and developers are playing the numbers and are hopeful that [Costco] can be generative, bring people to the mall that heretofore weren’t coming,” he said. “Costco is a very strong merchant….Generally, people buy the stuff and go home, but it does generate traffic.”

Macerich’s Coppola predicted that Costco’s introduction to Lakewood would push up sales at the mall 10 to 15 percent. “We also think that it’s going to enable us to populate the immediate area next to Costco with retailers that will benefit from the Costco traffic and foot traffic,” he added. “We’re in the process of remerchandising the wing leading to Costco right now with various retailers.”

La Curacao opened its second mall location at Macerich’s Desert Sky Mall in Phoenix on Sept. 1, more than 10 years after planting its first mall location at the Panorama Mall in Panorama City, Calif. The 10-unit retailer’s customers are around 90 percent Hispanic, and La Curacao offers them everything from Internet, credit card and travel services to furniture, electronics, jewelry, cosmetics and sunglasses. La Curacao has some one million cardholders in Southern California, helping the downtown Los Angeles location take in around $70 million in sales last year.

Banking on La Curacao’s growth, Citigroup’s venture capital division purchased a 10.5 percent interest in the retailer for an undisclosed sum in August 2005. At the time, estimates put La Curacao’s annual revenues at $250 million. Michael Falkenstein, La Curacao’s senior vice president of real estate, said the company expects to expand by two to four units per year in and out of malls. Stores vary from 80,000 to 170,000 square feet.

“We are not soft goods retailers,” he said. “When [owners] bring in four or five anchors in a mall, and they compete with every soft goods in the middle, it is tough. We are bringing in a demographic that soft goods retailers can take advantage of 100 percent….We really do draw traffic. Our customers didn’t go to the malls before.”

Exactly what kind of contingent retail gets the biggest boost from Costco or La Curacao mall stores is unclear. Costco’s Moulton singled out jewelry stores as a potential beneficiary and pointed to the Spotsylvania mall where jewelry sales have jumped as much as 75 percent since Costco opened in 2004. “If [shoppers] don’t find jewelry that they want in Costco, they go into the mall to buy it,” Moulton said.

Overall, J.J. Cafaro, executive vice president of the Cafaro Co., which owns nearly 50 malls and power centers, said that retailers in the Spotsylvania mall next to Costco have seen double-digit sales increases. “In many instances, people will come as far as 30 miles away to Costco and then shop the mall,” he said, adding that Cafaro is working on getting Costco to come to another project he declined to name.

Falkenstein suggested that mall owners could secure more of La Curacao’s customers’ dollars by putting in adjacent retail that appeals to Hispanics. “One of the things that we look for is a mall that caters to our customer,” he said. “The rest of the tenant mix in the place needs to be friendly to our customer. This is a way for [malls] to tap into that [Hispanic] customer base that they are not getting. If the neighborhood becomes 40 to 50 percent [Hispanic], it is a matter of survival.”

La Curacao doesn’t need a mall to make extreme adjustments to its anchor and parking layout, but Costco requires at least 700 parking spaces in a 15- to 16-acre site and usually only fills single-level locations. “Costco can fit in most malls in the country today in terms of their ability to do business. The one thing that is difficult is finding enough land and parking to accommodate them in these centers,” General Growth’s Michaels said. “It is difficult to retrofit existing centers, and that is why you haven’t seen more Costcos go into malls.”

But Moulton said resistance from mall owners to the Costco concept has thawed as the shopping centers evolve. “Five years ago, it seemed like a crazy idea. Now it makes sense,” he said. “Once a few more get open and each of the mall developers have a Costco, they will get the data for themselves, and that will really be the tipping point.”