Dept. Store Forum: A Sickly Sector Hears How to Move Past Survival Mode

Faced with declining traffic and customer apathy, department stores have no choice but to put change into high gear. 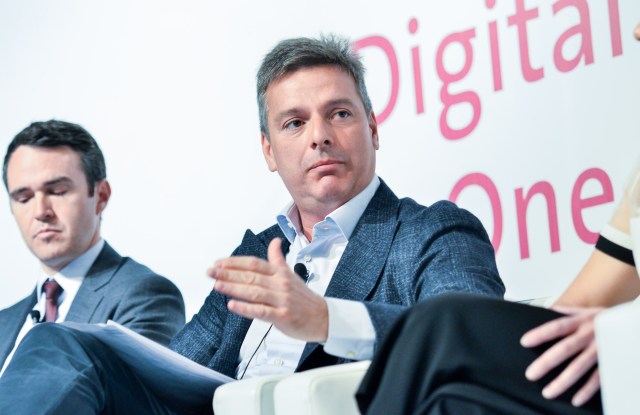 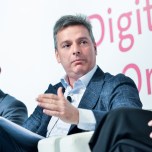 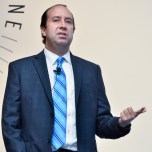 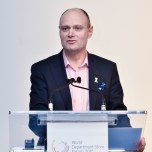 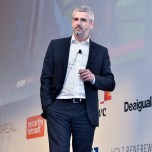 There’s no denying it — that negative perception of department stores, declining traffic and sales and the need to change fast have gone global, and the Amazon juggernaut isn’t making the situation any better.

At the biennial World Department Store Forum, held in Toronto earlier this month, the sense of urgency was clear. “We are under pressure to invest in change. Traditional retail is struggling for relevance,” said Richard Umbers, chief executive officer and managing director of Myer in Australia. “A family trip to the mall was a matter of entertainment. But leisure and entertainment is now about coffee shops, travel and movies. We have to have experiences that move the heart.”

“The department store industry has been in retreat for 25 to 30 years. They cannot win the battle by being in retreat,” said Tim McGuire, senior partner at McKinsey & Co. in Canada. “Digital will dominate retail sales growth for the next five years, but the majority of investment is still going to the brick-and-mortar world. There is an incredible amount of capital being spent — not necessarily in the right places.”

There are exceptions — Selfridges, La Rinascente, Liberty of London, Le Bon Marché — those handful of big boxes that bring joy and entertainment to consumers with a single flagship or limited number of locations and aren’t overtaxed by operationally challenged over-expanded chains. But generally, as everyone knows or suspects, Millennials don’t like department stores much. McGuire quantified the issue, stating that only 17 percent of Millennials say department stores are their favorite place to shop, versus 29 percent for Baby Boomers, and that U.S. department stores in the last 15 years gave away $38 billion in sales to other retail formats.

“Creating magical experiences was always a strength of the department store sector, but in the last 10 years, they got away from that. It absolutely has to start with the merchandise. Customers don’t believe there are two or four seasons. They believe there are 40 seasons.”

Craig Wright, senior vice president and chief economist at the Royal Bank of Canada, also had a somber assessment. “There is an uncertain, uneven, underwhelming outlook. Department stores are running out of things to sell as specialties take over.…Cost structures are lean, but you can’t shrink your way to a profitable solution. It’s time to go on the offensive, bring in more younger customers, pick the categories you can win with. Be more local.”

Reflecting how hungry retailers are for solutions, 304 attendees from 45 department stores from 36 countries came to the forum — 103 being either a chairman, president, ceo or managing director. Along with an unvarnished assessment of the sector’s woes came a bounty of ideas on how to lift out of survival mode. Among the key messages: cost-cutting won’t cut it, pick up the pace of experimentation and innovation and don’t just sell product — sell experiences, lifestyles and appeal to youth for ideas on how to change.

“Focus on 12- to 18-year-olds — the generation that is coming. We need to get young people on board,” said Sandra Cortesi, professor of youth and media at Harvard University. “Young people really want to contribute. Engage young people. Co-create with young people. Co-design fashion. Co-design a fitting room. Support issues that are at the core of what matters most to youth today. They will feel like your store is their store.”

“Success in retailing isn’t about going from big to bigger, but from slow to fast,” said Don Kingsborough, president of Westfield Retail Solutions. “Three invasive technologies that will change retailing — conversational commerce, meaning voice recognition; artificial intelligence and machine learning, and augmented reality. You have to change the view from competing to winning. Stop thinking about the customer on a linear journey. It’s a loop. Find a way to make it continual….The only way to win is to know your customer better. The future is not just about understanding what they bought, but also to understand where they go, what their friends are interested in, behaviors, the grocery stores they shop, the department stores. Build a platform that allows collaboration with other retailers without giving away core personal data, so you know more about your customers other than transactional data.”

“The reality is we are quite a distance away from personalizing the experience,” said Evan Neufeld, vice president of intelligence at L2 USA. “Eighty-six percent of consumers say personalization plays a role in their decision to buy; 62 percent will pay more for a personalized experience; 65 percent will unsubscribe from an e-mail list after receiving irrelevant information. Amazon is really good at using data to drive product recommendations.”

Neufeld said the average brand collects 70 points of data. “It’s important to be super transparent as to why you are collecting information. Bed Bath & Beyond asks for the names of your children but they don’t say why. I find that a little creepy. Justify data capture. Sephora has past purchases, browsing behavior, favorite products, this is the way we need to deploy data. The cardinal sin is capturing data without using it. With Nordstrom, we are seeing all the data reflected in the consumer experience.”

At El Puerto de Liverpool in Mexico, “The most important change we see in our workforce is they change jobs faster,” said ceo Graciano Guichard Michel. He said young workers are anxious to move up and move on if necessary. “Empowerment has to be at the lowest level possible,” Guichard Michel said. Getting the employees engaged is important and one way is by the store being focused on experiences. “Not just products but also fashion shows, children’s play stations, tournaments. We try to have something happen at the stores every day.”

Australia’s Myer chain considers itself “the department store of stories,” said ceo Umbers. As examples, the store could be themed around a winter story with an ice-skating rink set up, or at another time, themed around workwear, beginning with suits and taking off from there. “It’s a device to engage both customers and the team, change the way they behave and rally around a project. Every product is a story waiting to be told. Build emotional loyalty. Stores do build experiences.” It’s not unlike what Bloomingdale’s did in the Seventies and Eighties with import promotions focused on a country or region of the world.

All too often, Umbers added, “The consumer arrives, gets the free makeover or a cooking demo, and leaves without buying anything. Experience must come with reciprocity. Emotional experience is not only about products. It’s about [promoting] good causes and creating the ‘feel-good’ moment. A successful future will depend on the idea of relevance.

“The hardest thing is to get people to really care — right through the organization, to give something of themselves because that is what resonates and gets an emotional connection with the customer. You can’t force them to care, but when people feel they can make a difference and control their environment, they are much more likely to give of themselves.”

After his presentation, Umbers was asked if in Australia, people are as down on department stores as they are in the U.S. “It’s not as negative, but it’s still a problem. There is a sense that it’s an old-fashioned format and that department stores have become rows of products and just transactional. We need to put the emotion back into the store.”

The sentiment was echoed by Thomas Köckeritz, creative director of Steffl in Vienna, a single unit, 145,000 square foot, nine-level department store. “In Austria, we are living a little bit in an Austrian bubble. The retail recession didn’t hit us. Our store has launched many new projects, we are still generating positive figures, but those in the German-speaking world, Germany, Austria and Switzerland, would rather shop in independent boutiques, there is not a very positive attitude to department stores, but we are doing more than OK. We cater to international and local customers.”

Nicolò Galante, ceo of the retail divisions and chief operating officer of Thailand’s Central Group, cited four “fatal flaws” of retailing. “A defensive mind-set. With this you cannot win…Channel-based thinking. The customer does not care about any channel.” Fear of technology. “It’s really psychological. We all feel unprepared and that our companies are late. We read about the beautiful things technology brings. The reality is you try to short cut, outsource or de-focus from the problem.” And fourth, “Organizational ping pong.…Who is really in charge of driving omnichannel? Most ceo’s don’t feel they are in charge and don’t really want to do it.”

“I speak to customers every day and I have yet to hear a single customer use the word ‘channel,'” said Nordstrom copresident Erik Nordstrom. “The customer is in more control than ever and less willing to be compromised on how they want to be served. We need to have many more ways to serve the customer.”

Nordstrom said priorities at the Seattle-based retailer revolve around making the web site a richer experience, continuing to improve day-to-day execution, bringing digital tools into stores, and bolstering flagships that provide “the full expression” of the brand and experiences not necessarily in smaller suburban stores such as pop-ups and deeper product selections. “Manhattan will be our biggest single investment ever made,” Nordstrom said, referring to the 57th Street flagship opening with a men’s store in 2018 and women’s store in 2019. “It’s still the physical location that defines Nordstrom to customers.”

His advice to the forum crowd: “We need to connect with other players, vendor partners, work with mall owners, content providers. We are not big enough to be a platform. We need more deep expertise. The generalist approach just isn’t working.…We need more experimentation than ever, but we won’t be something completely different. We will be more connected, with more flexibility. I don’t think the store is going to look incredibly different.”

Paolo De Cesare, ceo, chairman and president of Printemps S.A.S., and president of the International Group of Department Stores, which organizes the forum, said bluntly: “The reality is the mall is losing traffic. Department stores are losing business. Clearly, Amazon is not going anywhere but up.  The store is not any more a place. It needs to become a brand. It’s not anymore a channel play. It’s a customer-centric experience. Service, empathy, the human factor has a critical role. This is a differentiator — a competitive advantage. But we are forgetting about the importance of the product we sell. Our role is to sell beautiful products that are right for customers.” Yet today, De Cesare lamented, the product has devolved into “just a photo” online.