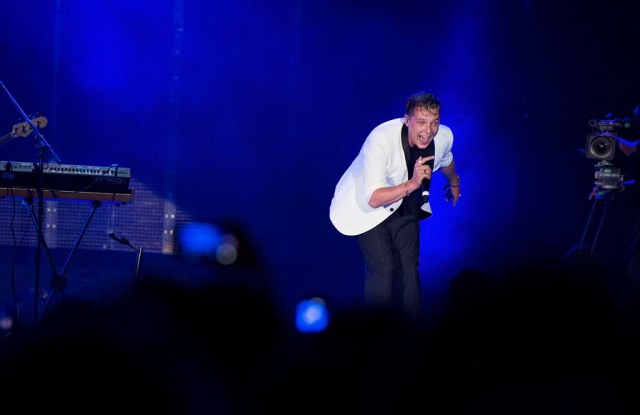 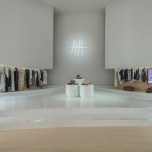 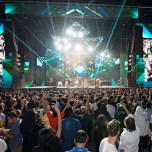 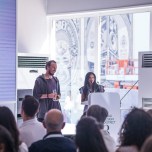 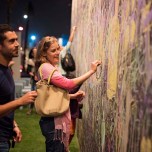 DUBAI — “Build it and they shall come” is the mantra going out to the creative industries in Dubai. In the shadows of the Burj Khalifa, a major real estate project is sprouting in the emirate.

The Dubai Design District, known as d3, is a purpose-built neighborhood dedicated to promoting and nurturing emerging local talent, as well as being a base for international design, luxury and fashion brands.

Over the weekend, more than 30,000 people flocked to d3 for a fashion, art and music festival dubbed “Meet d3” and marking the launch of the first phase of one of the region’s most buzzed-about real estate developments.

“We are excited to finally present d3 to Dubai,” said Dr. Amina Al Rustamani, group ceo of TECOM Investments, the developer of the project. “The event was tailored for them covering all aspects of experiencing and understanding design, fashion, art, music and food and beverage. This introduced the public to all that has been happening since the project launched two years ago, and presents a place where all cultural enthusiasts – whether residents or visitors – can find a place to be part of Dubai’s home of design.”

With the first phase nearing completion, 11 buildings are ready for handover, including offices and retail space that will house up to 10,000 design and creative professionals. Companies such as Dubai-based luxury retailer The Chalhoub Group will move the headquarters of several key groups to the district. Many smaller regional design concepts are also moving base to d3.

Samar Habayeb, chief executive and creative director of Silsal Design House in Amman, Jordan, will be setting up headquarters at d3. “If you want to grow, you really need to be here,” she said. “There is a spirit of collaboration and entrepreneurship here that just doesn’t exist for us in other parts of the region.”

The entire project, expected to be complete in 2019, calls for a creek-side promenade with design-led hotels, residences, restaurants and boutique retail outlets.

The “Meet d3” event featured more than 100 regional and international designers, artists, musicians, concept retailers and dining experiences. Programming director for the event, Saadia Zahid said: “Our mission was to get people to experience what creative culture means and what it will bring to the city. Design is in everything we do, from food to entertainment to how we function and what we wear.”

One such experience came from London-based online design platform Not Just A Label (NJAL), who set up its first physical retail location at the event. The NJAL pavilion featured a concept store of international designers and also played host a series of educational talks. Co-founder Stefan Siegal confessed he was a bit skeptical about Dubai initially. “One first travels to Dubai with a hint of cynicism, questioning if it will ever work out. One week later I must say we have encountered an environment in which ideas can materialize,” he said.

“In times when creatives are being pushed out of creative hubs such as East London, Brooklyn and Berlin Mitte — our rent at NJAL in London was just increased by 50 percent— it is a positive signal to see that other cities around the globe are opening their doors and understand the importance of a vital creative economy,” he added.

NJAL supports many designers from the Middle East, including Dubai based Bin Thani, who collaborated with NJAL to launch their first 3-D printed dress at the event.

Sultan said the d3 platform “gave us a means to expose people to the idea that you can use cutting edge design and philanthropy to create a product that has a modern story, yet steeped in the traditions of the region.”