The fast-growing Barcelona-based retailer is on track to generate $1 billion in global sales this year. 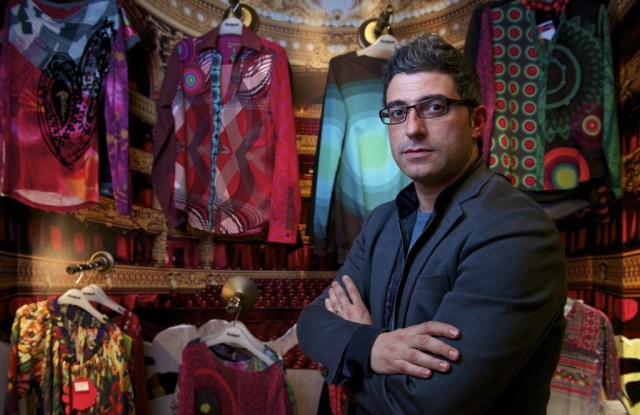 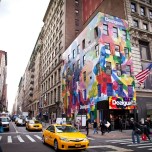 NEW YORK — Desigual, the fast-growing Barcelona-based retailer and wholesaler known for its wildly colorful and graphic apparel, sees the U.S. market as fertile ground for expansion.

The company, which turns 30 in 2014, is on track to generate $1 billion in global sales this year. Its products span women’s, men’s, children’s, accessories, footwear and home and are sold in 347 Desigual stores worldwide and in 11,000 wholesale doors. The company also produces Desigual inspired by Cirque du Soleil and Desigual by Monsieur Lacroix, which are ongoing capsule collections.

Desigual entered the U.S. in 2009, and that business, which became profitable last year, is expected to drum up $60 million in sales this year. The U.S. volume is equally split between its retail and wholesale operation. On a recent visit to Manhattan, Manel Jadraque, managing director of Desigual, outlined his three-pronged strategy for accelerating U.S. growth:

• Continue to open freestanding stores. At present, there are 15 units in the U.S. in cities such as New York, Miami, Las Vegas, San Francisco and Minneapolis. Desigual plans to open a pop-up store at 530 Fifth Avenue here this summer, which will bring to four the number of shops in Manhattan. The company plans to open four more stores this year, and 15 more through 2015.

• Seek partners to expand the wholesale business. The strategy is to create DShops (Desigual Shops), where they capitalize on the local expertise and clientele of their best wholesale accounts, and offer Desigual visual merchandising and store design expertise. Stores in Guam, Montreal and Boston will open between July and September.

• Increase the wholesale business with department stores. At present, Desigual sells 1,400 wholesale doors in the U.S., including Bloomingdale’s and Lord & Taylor. At Bloomingdale’s, for example, it has in-store shops ranging from 700 to 1,000 square feet, at units in Boca Raton and Aventura, Fla., Westfield Garden State Mall in Westfield, N.J., and the Willowbrook Mall in Wayne, N.J.

Over the next three years, Desigual expects to increase the U.S. business by 150 percent, while growing the global business by 40 percent. The company has 1.4 million “likes” on Facebook and 100,000 followers on Twitter. In Europe, its commercials garner 10 million views on YouTube. The company’s positive spirit is reflected in its slogan, “La Vida es Chula,” which means, “Enjoy life,” said Jadraque.

“We’re for everybody. We’re very mainstream. Everyone should have a Desigual item in their closet,” said Jadraque, who became managing director a year ago, following his role as chief operating officer. Jadraque has been with Desigual nine years, after spending 10 years at LVMH Moët Hennessy Louis Vuitton.

A key part of its strategy is to offer its customers a fun in-store experience. For example, on the first day shipments arrive in a Desigual store, if a customer shows up in her underwear, she gets two free outfits. Between 150 and 200 people have lined up at 7 a.m. to take advantage of the promotion, giving away 400 items per store. “We did it in SoHo, Fifth Avenue and in Los Angeles,” said Jadraque. Desigual also hosts a “Friends and Family Fiesta” in its stores, as well as a “Kiss” tour, an event where thousands of people meet together to kiss at the same time. It has taken place in cities such as Paris, Madrid, London and Barcelona.

Travel retail is another opportunity for the brand. Desigual has 10 stores (shops-in-shop or corners) in North American airports in cities such as Houston, New York, Miami and Atlanta, and will open another in Detroit in a few weeks. Worldwide, 600 airports have Desigual stores, where the bestselling items are ready-to-wear and accessories. Desigual plans to introduce home in the U.S. in September, and is working on a fragrance, which it will produce in-house.