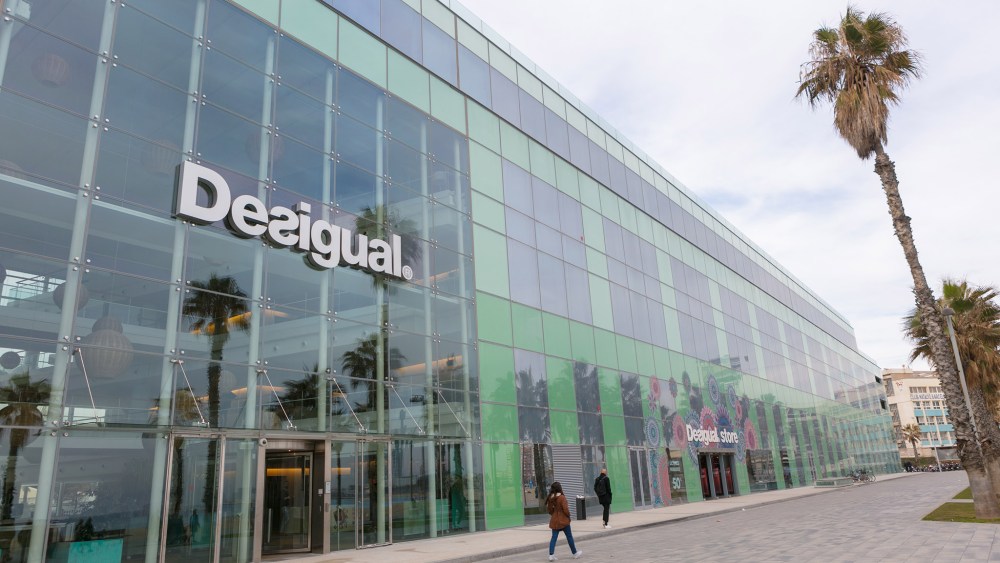 BARCELONA — Desigual is cranking out a new, quieter philosophy — and it’s beginning to take hold.

“We call this the better phase. We want to be more mature, more sophisticated, urban and contemporary, more premium to enhance our offer to recover growth,” said chief marketing officer Borja Castresana. “We need to reinvent ourselves and keep our essence and at the same time, be different from what we were.

“It’s a new direction for us and a big change in commercial policy, a transformation; we are connecting the dots in many areas and putting the customer in all sectors, from commercial to retail including a new store model to be more consumer-conscious with high-tech fitting rooms and a drop-model merchandising system where 25 percent of the collections will be renewed on a monthly basis to quicken reaction time to fashion trends.

“The current transformation is expected to take a minimum of five years. It’s the foundation of a new future,” he added.

“We still have our own vision and it’s time to keep surprising, to inspire with the unexpected. We don’t believe in age; we believe in a state of mind,” added Daniel Perez, brand communications director, during a walk-through of Desigual’s spacious new showroom in its seaside Barcelona headquarters, with a paneled blue/green reflective-glass façade by local architect Ricardo Bofill.

“Bigger is not necessarily the way to go. It’s more about how to build a strategic roadmap rather than how many stores you have,” said Castresana. “For example, in 2014, we opened over 120 stores and a year later, in 2015, we pared down [the retail expansion plan] to only 36.

“Efficiency is the objective now. We have to adapt our efforts to where they need to be, which means focusing on such core categories as women’s, men’s, accessories and kids.

“Part of the efficiency plan is to close more stores than you open, but short-term, everything hurts.”

Generally speaking, “there will be no massive closings,” he confirmed, citing an individual-case scenario, “we’ll go city by city.”

Global store count — in roughly 100 countries — totals 535, both company-owned and franchised operations, with 13 sales channels made up of wholesale, department store corners, other retailers’ e-commerce and an Internet store, and additional sales points for such newer categories as sport, footwear and living.

“We have to adapt to today’s market,” Castresana continued. “When we started in 1984, creativity was the major consideration or step one, and step two was about being bigger. The big change [in the second half of 2014, the same year the Paris-based Eurazeo SA invested 285 million euros in exchange for 10 percent of Desigual’s share capital] was going from a design-oriented company to being a consumer-centric one. There was growth but only about 16 percent.

“We did massive research with The Boston Consulting Group [16,000 men/women from the brand’s key markets] as to who our customer is and the product mix for spring reflects that. It’s based on special-occasion dressing and specific requirements such as eveningwear, which is a new classification for us, in order to be more connected with our consumers,” he said.

The U.S. — where the company shuttered its Fifth Avenue flagship last November — is “in a moment of stabilization. It’s a complex market and a great opportunity but we are not doing huge expansion there. Before, the strategy was to accelerate. Now it’s a more cautious approach,” he explained. “The U.S. [which is only 4 percent of revenues] makes money but part of our new transformation efforts are focused on Europe, which represents 80 percent of turnover. We work well in countries with a fashion culture and education such as France and Italy.”

Latin America “where we only started a few years ago, a little late,” he admitted, is a key target, including Chile, Mexico, Colombia and Peru.

Asia is considered “a growth challenge with opportunities too in Japan where we have a small business with regional department stores and e-commerce and the Middle East figures is in there too,” said Castresana.

“Rebuilding a brand takes time and patience and investment. At the moment, we are highly profitable with no debt and the new strategy is beginning to work very well. We’re headed in the right direction. Before there was a distance between product design and merchandising, now there’s a new reality,” Castresana concluded.