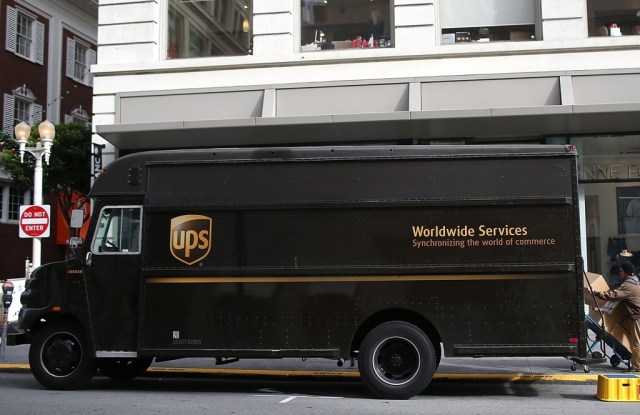 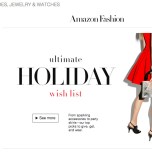 Retailers racked up strong e-commerce sales last week as holiday shipping cutoffs approached, gearing up for the mad dash on Monday to deliver the last packages before Christmas Day.

UPS said today will be its heaviest shipping day of the year. While a spokesperson declined to share what days incurred the most orders, the carrier predicts that 34 million packages will be delivered today, about a 10 percent increase from last year’s 31 million.

Last week was another high-traffic e-commerce week, as Dec. 15 and Dec. 18 were the last days for free ground shipping for many retailers, depending on which carrier they used.

Not for Amazon, though, which said on Dec. 16 that it would extend its free shipping for orders placed through Dec. 19. The deal gets even better for Prime members, who were eligible for free shipping for orders placed on Monday and are guaranteed a Christmas Eve arrival date (there is even one-day shipping that costs $2.99). On Dec. 18, Amazon said it would offer free two-hour delivery to Prime members in Manhattan via the Prime app, and if that’s not quick enough for some, an expedited one-hour delivery service cost just $7.99.

“The largest pure e-commerce play came out and announced it extended the deadline for free shipping. That’s an interesting trend, [but] it can be a somewhat negative signal for the market,” Calvin Silva, senior retail analyst at Nasdaq Advisory Services, said. “It could be a negative indicator that the inventory levels are higher than anticipated.”

It’s an attempt by Amazon to try to capture that last bit of traffic — but it will be at the expense of margin, Silva warned. Examining data from a retail standpoint, Silva said stock levels still are looking good — nothing is picked over — and promotions are still consistently elevated.

Experts speculate that historical high-volume order days — like Dec. 15 — are becoming less of an event. In their view, marketing efforts unleashed earlier than ever in November fueled record sales at the onset of the season, while extended free-shipping dates and retailers increasingly offering same-day delivery options could start to nip at the heels of the traditional shopping “cutoff” dates for online orders.

Jarrett Streebin, founder and chief executive officer of EasyPost, said that while Dec. 15 has historically been the largest shipping days for FedEx and the United States Postal Service, same-day shipping options might start to erode that.

“The bar keeps getting higher for delivery experience. Amazon is driving a lot of that, [and] Best Buy, Wal-Mart and Target are all doing same-day delivery. The speed at which the market is taking on these new delivery methods is really quick, too,” Streebin said.

Dec. 22 is no longer the cutoff — and given that the few days leading up to Christmas are among the biggest of the season because of perennial late shoppers, increased adoption of same-day shipping has the potential to change “the economics a lot,” he said.

“It starts to move the needle, but it takes pressure off the major carriers,” Streebin said of Amazon taking on some of the shipping responsibilities with its own delivery vehicles. “This takes some of the volume off of major carriers — which can likely lead to more successful deliveries.”

On Dec. 16, eBay said it would expand its eBay Local initiative in Brooklyn, a continued effort on behalf of the company to distinguish from eBay Now, the original same-day program introduced by the company in 2012. EBay Local encourages consumers to pick up the orders they’ve placed online in-store as well, while eBay Now was solely a same-day delivery service.

However, same-day services still are restricted to cities, and most of America still lives outside same-day availability zones — making the cutoff dates still important for the majority of U.S. consumers.

Streebin said his San Francisco-based company, which works with an application programming interface, or API, that allows the hundreds of retailers it works with to “ship like Amazon,” will see upward of $1 billion in gross merchandise volume this year. Services like purchase, tracking, rates, customs and address verification are all provided by EasyPost.

He contended that Dec. 15 was not a record day for orders, and Dec. 12 and 13 saw a large amount of orders, but the biggest days so far have been early in the season.

Last year’s shipping debacle — a combination of higher-than-expected orders coupled with bad weather — led retailers to push marketing messages and sales earlier in the season. Carriers warned retailers and consumers in an effort to try and get as many sales as possible during the first week of December to avoid late deliveries. FedEx and UPS have invested about $1 billion each to increase their shipping capacities this year.

A potential problem, Streebin explained, is that UPS, FedEx and USPS have to plan for volume six months in advance — and when they were strategizing for the holiday season, they had no way of knowing that oil prices would be lower and consumers would have more money in their pockets to shop.

“They can’t just summon more drivers on the day of, it’s not Uber,” Streebin said of potentially limited resources when it comes to delivery in the days leading up to Christmas.

“While it’s historically a big day for e-commerce, Dec. 15 orders don’t even come close to the sales we see across Cyber Week and we expect that to continue into the future,” Tomich said.

He said that in the two weeks leading up to Black Friday, kendrascott.com saw growth rates of about 150 to 160 percent year over year, and Cyber Monday week fueled the site to 190 percent growth. But it was the second week in December that saw a 210 percent increase year-over-year — the second largest so far this year behind Dec. 17 and Dec. 18, which saw 217 percent and 422 percent increases in sales, respectively.

The company’s e-commerce business has grossed $5 million in sales from the day before Thanksgiving through the evening of Dec. 15 — but he said Dec. 17 through Dec. 18 would be the last big days for orders prior to Christmas. “For us, we’re on a little bit of a different schedule. We utilize UPS for ground shipping, and they are fairly confident that they can deliver prior to Christmas from noon on that date,” Weingart said.