The Future of Digital Fashion Brands in the Era of Coronavirus

Many were born online and don’t have to worry about massive store closures. But will they have enough cash to outlive the virus?

Online shopping is now the only way many companies and brands are reaching consumers during the pandemic.

The path forward for digital natives is an uncertain one amid the ongoing pandemic.

At first glance, fashion brands born online might seem the best positioned during a crisis that has sent consumers into their homes for an indefinite period of time, unable to shop at stores in real life and desperate for connection with the outside world.

But the race to secure cash among retailers may have lasting implications for smaller brands, many of them digital upstarts that have been operating at a loss. It was the potential for growth, after all, that enticed investors to jump onboard, sinking massive amounts of capital into marketing and attempts to attract new customers. In troubled times, bottom line profits can become all that matters.

“Those brands were able to disrupt the status quo because they were given permission to operate at a loss. That’s going to change,” Simeon Siegel, managing director and senior retail analyst at BMO Capital Markets, told WWD. “The investor appetite to allow companies to operate for years at a loss has to go away in an environment like this. Now the notion that every company is focused on cash and preservation highlights the companies that have been burning cash in the good times.”

In fact, many of those brands — despite their lack of profits — were, in those pre-coronavirus days, pumping money into fancy advertising to attract new customers or to convince others to continue shopping their brands. But now with revenues taking a drastic hit throughout the entire retail sector — in the case of some firms, down to nothing — many start-ups, strapped for cash, will be forced to reduce marketing spend and thus find it harder to stay connected to their audiences.

“A lot of smaller brands aren’t as well capitalized as the big public companies,” said Jay Sole, senior retail analyst at UBS. “The company might only have enough cash for the next three, six, nine months. It is a tough situation for some digital native brands.

“A lot of smaller brands are in a position where they need to conserve capital; they need to reduce expenses. They need to make sure they’re protecting their business so when COVID-19 is over they can come back to strong growth again,” Sole continued. “That’s harder to do for a small company that’s not making money and that doesn’t have a clear path to profitability, especially right now, where sales are down significantly.”

Some of those smaller brands had aspirations of being acquired by larger firms in the future — a scenario that will likely not play out in the near-term, post-COVID-19 world. 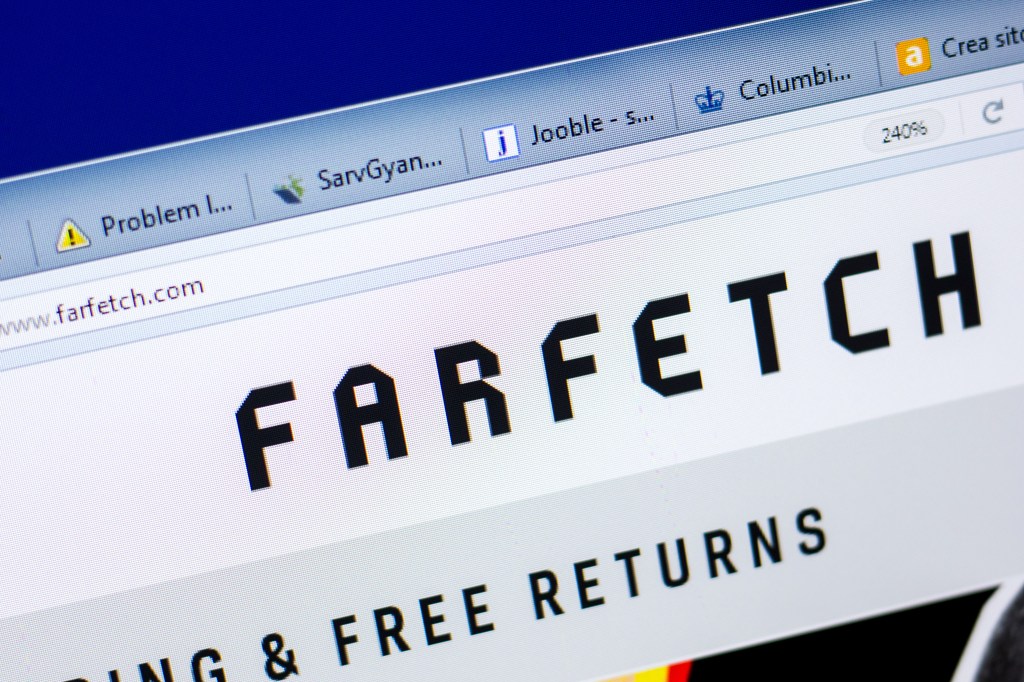 But even larger companies are scrambling to make sure they have the necessary funds on hand to weather the storm — however long that may be — which means competition for much-needed loans has only intensified in recent weeks.

L Brands, Tapestry, PVH Corp., the TJX Cos. Inc. and HanesBrands are just some of the names that have drawn from revolving credit facilities in the last month.

Consumer loyalty and brand equity, then, will be increasingly important in the coming weeks to help sustain retailers by way of their e-commerce businesses.

“This is when companies will find out how loyal their customers are and how organic and sustainable their business models are,” Siegel said.

Meanwhile, furloughs and layoffs persist among retailers nationwide. In the U.S. more than 16.7 million workers, many of them in the retail industry, have filed for unemployment in the last three weeks. But it’s not just brick-and-mortar retailers that are trimming their payrolls.

Digital lingerie brand ThirdLove, a brand known for its strong online community and digital shopping, recently laid off 29 percent of its workforce, citing challenges presented by the coronavirus. This was after closing its New York City store. Luggage brand Away said it was furloughing roughly half its staff and laying off another 10 percent.

“Our goal was to keep as much of our team as possible employed during the crisis,” Away founders Steph Korey and Jen Rubio said in a Medium blog post. “Over the last few weeks, it became apparent that there was no way to maintain the size of our team and stay solvent through this crisis. A month ago, we were making a healthy profit margin on every order. Today, the company’s salary costs alone exceed our revenues many times over.”

Threats of a global recession aren’t doing much to entice consumers to buy more. Some will be reluctant to spend any money at all, at least in the near-term. E-commerce companies, especially the relatively young ones that haven’t yet scaled, that have placed big bets on future orders and are still learning how to be profitable, are particularly vulnerable.

“Some of these companies, like The RealReal or Farfetch, they’re losing money right now and they needed to have some kind of reasonable visibility to break even, which, when you enter a recession, that visibility is extremely clouded,” said Ike Boruchow, managing director and senior retail analyst at Wells Fargo. “Because you’re dependent on very big growth rates in your business and now those e-commerce revenues are going to be a lot slower in this environment than they were before.”

Even so, Web Smith, founder of 2PM, a subscription platform that tracks growth in e-commerce, said there’s a caveat: not all digital native brands are in jeopardy — just the ones that are overleveraged.

“Away is a travel brand and no one is traveling, so they’re going to suffer tremendously right now, but eventually that will bounce back,” Smith continued. “Things will probably get back to normal faster [for a digital native brand like Away] than any of the other traditional brands, because they are well-positioned for direct-to-consumer. Which means they’re typically more asset-light than the traditional retailer.”

With that logic then, brands such as Warby Parker, Allbirds or Untuckit — brands that began online, but have since amassed large store fleets — could be most at risk, while brands that can outlast the pandemic, or find new ways to reach consumers during it, are more likely to succeed.

Smith pointed out men’s wear brand Rowing Blazers as one standout. The business has been pushing above-the-waist fashions for video calls, “because they know typically people aren’t buying pants right now, but they are buying tops,” Smith said.

Kristen Classi-Zummo, director of apparel market insights at the NPD Group, said trends, such as comfort, were already growing pre-COVID-19. The need to shelter in place has just accelerated that growth. That’s good news for digital brands in categories like loungewear, sleepwear, intimates and even activewear. 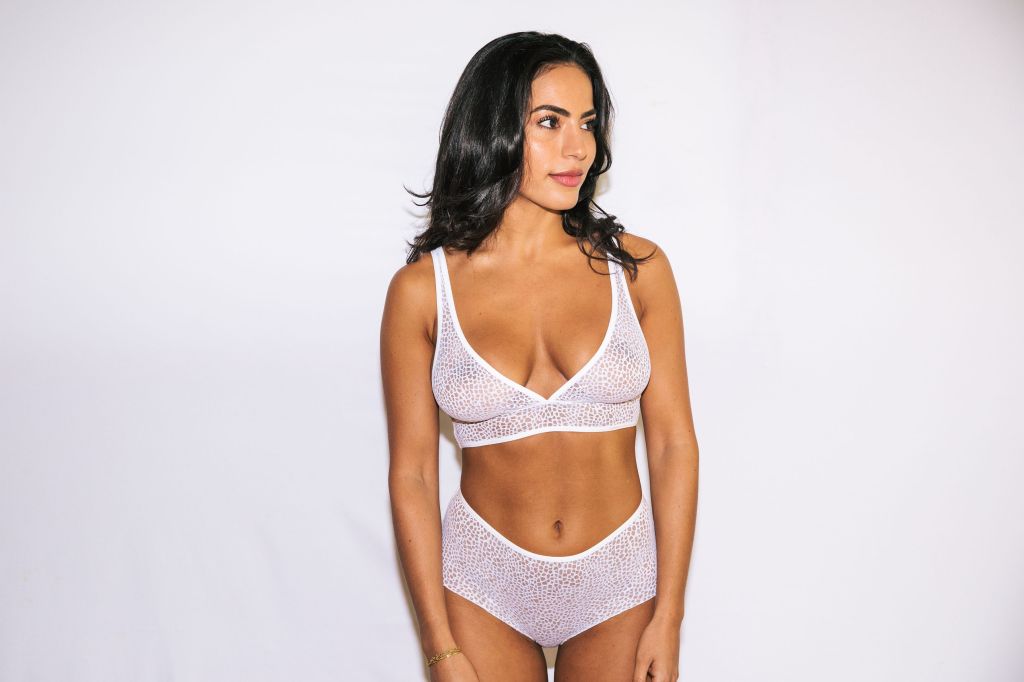 Sales of comfortable apparel, like bralettes, are on the rise for several e-commerce brands as consumers shelter in place.  Courtesy Underbares

E-commerce brands that offer things such as furniture, appliances or at-home workout equipment are also faring well as consumers continue to quarantine.

Smith added that direct-to-consumer digital natives might also be better positioned to implement new technologies than legacy retailers and are more likely to be able to handle the surge in new online shoppers who have suddenly been forced to adapt to buying from home.

“Things are still trending upwards for a lot of brands that are finding the right voice and using the voice the right way,” Smith said.

Ultimately, Sole said the winners will be companies and brands that have strong balance sheets, are best equipped to handle the extra inventory, can control expenses without eliminating essentials and have strong e-commerce sites in place.

“There’s not that many companies that really hit all those criteria,” Sole said. “The ones that can do that are going to be successful.”