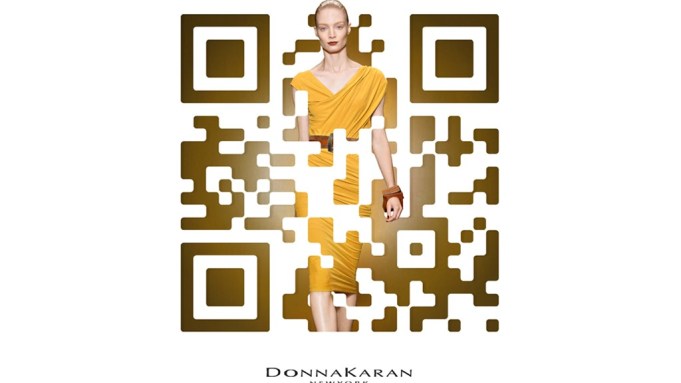 NEW YORK — The online and offline shopping worlds are converging, and thanks to a handful of digital solutions, retailers are using them to enhance offline shopping practices more than ever.

Gucci unveiled a “Mobile Point of Sale” program this week that will launch later this year at select boutiques in the U.S., Europe and Asia to better the retail experience for consumers — and it’s also the company’s first step toward eliminating cash register transactions. With this technology, created by Micros Retail, sales associates will be given Apple iPhones to process mobile sales and wirelessly e-mail receipts to customers, which in addition to building a relationship between associate and customer, expedites sales. Devices will also be equipped with the brand’s Gucci Style app (with customers encouraged to visit the company’s digital flagship at gucci.com), as well as other tools to enhance the in-store shopping experience such as Google translator, maps and a currency converter.

The program has already been in pilot mode at the Gucci flagship on Fifth Avenue in New York City, in Paramus, N.J., and Orlando, Fla. In March, it was previewed by more than 400 global store managers at the brand’s worldwide managers meeting in Rome. Through the remainder of 2012, the solution will be installed at 15 stores in the U.S. and 30 throughout Asia and Europe, with additional locations to come next year. The company’s initiative involves a wider adoption and further development of this solution — hoping in the near future to replace regular cash registers with mobile sales entirely.

According to Kent Deverall, chief executive of Fluid Inc., an agency that does e-commerce work with The North Face and Bare Escentuals, smaller innovations that will all serve to enhance the brick and mortar shopping experience are popping up. He cited tools such as mobile-based apps as one of the driving forces that will bring social media to the physical retail environment.

He said apps will be able to address questions consumers might have in real time, such as, “What am I trying on right now?” “What does my [social] network think of this product?” “Should I buy it?” and “What do the online reviews say?”

Consumers will also see the rise of integrated in-store displays to obtain augmented product information, as well as the introduction of enhanced online customer profiles to help sales associates better serve shoppers. If retailers know how consumers are shopping online — from their favorite brands to recently purchased items — they become better equipped to help them in-store.

Donna Karan became one of the first luxury brands to incorporate QR codes at the retail level last month — both at its flagship locations and through a partnership with Neiman Marcus. For the current spring season, the brand’s QR codes will be included on all product so Neiman Marcus Direct customers and sales associates alike can have access. The Donna Karan iPhone app is also equipped with a QR code reader.

At the brand’s freestanding stores, the QR codes have been implemented into displays at flagship locations, allowing shoppers to further engage with the brand by learning more about a particular item, learn about the designer’s inspiration for the season or even why the item is a “must have.” It also created a QR code for brand ambassador Ashley Greene’s public appearance on March 29 for DKNY and DKNY Jeans at Macy’s Herald Square. DKNY enlisted Red Fish to develop a custom QR code and mobile site that allowed fans to share details about the event via Facebook and Twitter.

“[This] is a reflection of how consumers are shopping today. She is no longer an ‘in-store’ or ‘online’ client, she is both. QR codes enable us to make the transition between digital and brick and mortar seamless,” said Patti Cohen, executive vice president, global marketing and communication at Donna Karan International, adding that the brand’s QR codes dovetail with the retailers’ own digital programs.

In February, Neiman Marcus revealed that it’s testing a new iPhone app that aims to provide immediate service to customers. Developed by Signature and in a testing phase at four stores in Texas and Calif., shoppers get alerted on which of their preferred sales associates are working at the moment, current sales, upcoming events and new product arrivals through sensors installed at entry points throughout the store. They can also make personal shopping appointments or scan QR codes to gain additional product info or make favorite products. There’s also a component that enables the sales associate to utilize the app to gain information on the shopper’s buying history and favorite products, and like the customer, they too get alerted when a client arrives in-store (and are supplied with a Facebook photograph to boot).

On the mass level, Sears and Kmart both implemented holiday ad campaigns that included shoppable QR codes located at malls and movie theaters around the country last year and have also supplied sales associates in more than 400 stores with Apple devices to assist consumers with anything from ordering product online to checking inventory. Tory Burch also launched a pilot in-store mobile strategy in a few of its New York locations last fall, and chief marketing officer Miki Berardelli told WWD in January that the brand is working on a full store rollout now by the end of 2012.

“We see mobile as the true bridge between online and offline. Our customer carries her device with her at all times and enters our stores more informed than ever,” Berardelli said.

Then there is five-month-old Euclid Elements — billed by the company as a “Google analytics for the retail space” — that charges retailers a monthly subscription rate to aggregate extensive data on shopper traffic movement in real time. The company announced $6 million in funding last November from a small group of investors, including New Enterprise Associates, one of the first investors in Groupon.

“The biggest difference between online and offline is data,” said Euclid Elements founder and chief executive officer Will Smith. “The advantage online has is data, which they can use to make the most of its services. What’s really hard for offline is the feedback loop.”

The solution tabulates foot traffic anonymously through a sensor in the store that counts how many people walk by via smartphone. It’s also able to calculate how frequently people visit the store and the time between visits, as well as measures engagement by the amount of time spent in the store or in a particular section.

Smith explains that in the digital world, a brand or retailer can change something on its site, post new product or implement a different marketing campaign, and within a short amount of time they are able to figure out if it is working or not. It takes longer to figure out if a company’s strategies are working in the offline world, though, and this is what Euclid Elements is working to address.

“If you change your window display we can tell you the impact of this within hours. This is all so the retailers can know what they’re doing is working or not. It’s not changing their fundamentals; we’re just letting them know if their efforts are working or not. Right now, it takes entirely too long to know if they aren’t or aren’t,” Smith said.

Smith declined to name clients, but he said he works with a number of luxury and mall-based retailers.